BEHIND BARS. BJMP officers from the Pasay City Jail escort Pharmally executives Mohit Dargani and Linconn Ong to the Senate for the resumption of the blue ribbon committee investigation on the Pharmally scandal on December 3, 2021. 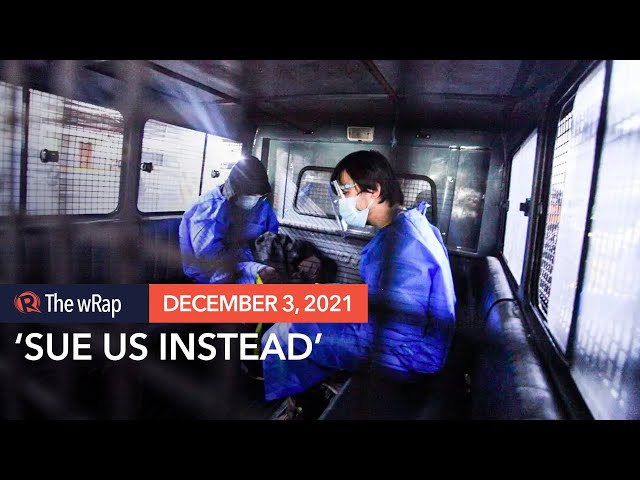 MANILA, Philippines – Two Pharmally Pharmaceutical Corporation executives would rather stay in jail than disclose the location of the allegedly missing financial records of their firm that bagged multibillion-peso pandemic deals from the Duterte government.

On Friday, December 3, opposition senator Risa Hontiveros tried to convince Pharmally corporate secretary and treasurer Mohit Dargani and director Linconn Ong to reveal either the location of the documents or the name of the person holding these records. 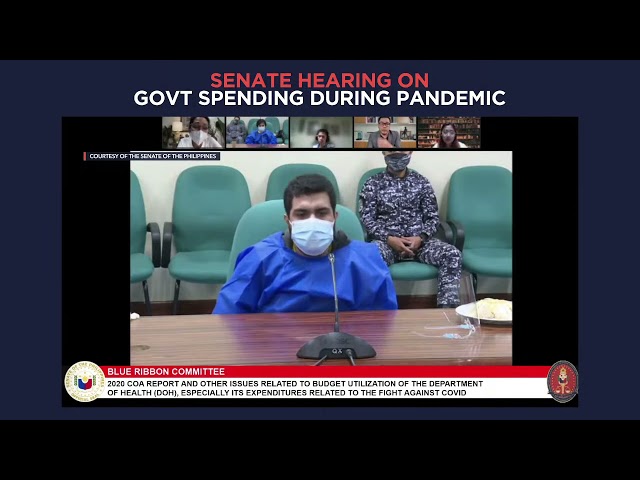 Hontiveros pointed out that Dargani and Ong would be staying for 10 to 14 days at the Pasay City Jail’s quarantine room before they are moved to the common area with other inmates.

Dargani and Ong, who were earlier cited in contempt by senators, were sent to jail from Senate detention on Monday, November 29.

Hontiveros said that if Dargani and Ong give they senators the documents, they would not have to share jail cells with inmates.

But Dargani and Ong insisted that they both still do not know the location of the financial records – even if they had requested senators during the last hearing that they be allowed to speak with each other to figure out the information. This only made senators suspect that they were trying to stall the investigation.

Dargani repeatedly said he still did not know where the documents are, until he eventually refused to answer Hontiveros.

“I would like to humbly remain silent and choose to refuse to answer. Thank you,” said Dargani.

Hontiveros then turned her attention to Ong, who told senators they should just file a case against him and Dargani instead since they had been sent to jail anyway.

(Mr. Chairman, Madam Senator, ma’am, we’ve been sent to jail already. Ma’am, we’re not criminals. Those files, I really don’t know where they are right now. But since the Chairman already has a conclusion earlier, perhaps just sue instead since we’re already suffering in jail. We are not criminals.)

Hontiveros was undeterred by Ong’s remarks, and told him that she was baffled how the Pharmally executives were willing to stay in jail when they could change their fate by cooperating with the blue ribbon panel.

She doubted Dargani and Ong’s claim that they were unaware of the location of the documents when Pharmally’s contracts with President Rodrigo Duterte had reached around P10 billion.

(It just begs us disbelief. So Mr. Dargani, Mr. Ong, I am really convincing you: Give to the committee, through the chairman, the name of the person holding those documents, those boxes, so we can retrieve and study them.)

“Sobrang reasonable nito. Hindi ko talaga maintindihan. I can only imagine bakit ang tagal-tagal ninyong nagre-refuse. And now, your own well-being depends on it,” she added.

(This is so reasonable. I really cannot understand. I can only imagine why you have been refusing all this time. And now, your own well-being depends on it.)

The blue ribbon committee earlier arrested the Darganis and Ong over their evasive answers during the investigation and for failing to present documents on Pharmally’s financial dealings with the government.

‘I really don’t know anything‘

At the Senate hearing, Pharmally president Twinkle Dargani turned emotional as she responded to Hontiveros’ questions about the missing documents.

A crying Twinkle then hugged her brother Mohit after saying that she didn’t want to be separated from her family. – with a report from Bonz Magsambol/Rappler.com