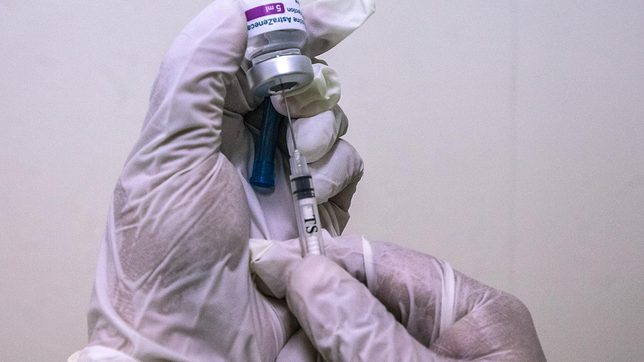 PROTECTION. AstraZeneca vaccines are rolled out at the Delos Santos Hospital on March 11, 2021.

Facebook Twitter Copy URL
Copied
'We’ll make sure to deliver them at the soonest possible time so no one gets left behind during this pandemic,' says Japanese Ambassador to the Philippines Koshikawa Kazuhiko

The Japanese government will donate AstraZeneca vaccines to the Philippines as part of its response to the coronavirus pandemic.

Foreign Minister Motegi Toshimitsu made the announcement on Tuesday, June 15, saying the donation is part of Japan’s assistance to the Association of Southeast Asian Nations (ASEAN) and is outside of doses coming from the COVAX facility, to which Tokyo has donated funds. The Philippines is a recipient of vaccines from the COVAX facility.

No details on the number doses or the exact date of delivery has been disclosed yet, though Japanese Ambassador to the Philippines Koshikawa Kazuhiko said shots will be delivered at the “soonest possible time.”

“Japan will donate AstraZeneca vaccines to the Philippines, and we’ll make sure to deliver them at the soonest possible time so no one gets left behind during this pandemic,” he tweeted on Tuesday.

In a separate post, the Japanese embassy said AstraZeneca doses to be donated are among those manufactured in Japan.

Aside from Japan, the United States earlier announced that the Philippines will be among countries that will receive the first batch of 25 million doses of US-made vaccines by the end of June.

Meanwhile, China had earlier donated one million Sinovac doses and 1,000 Sinopharm vaccines to the Philippines.

Vaccine doses donated to the Philippines from different countries are expected to boost the country’s vaccination program. While the government has rolled out vaccines since March, vaccination itself has moved slowly as deliveries remained erratic while supplies lag behind the numbers needed to cover priority sectors. – Rappler.com