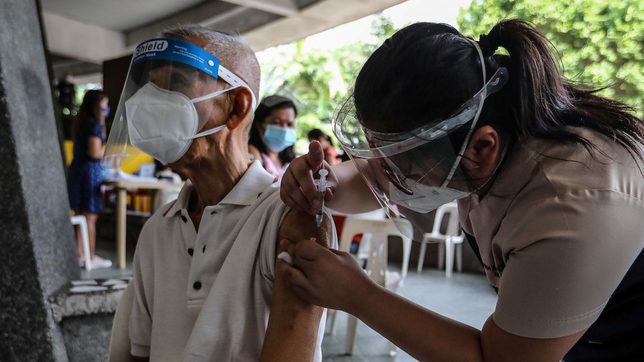 Facebook Twitter Copy URL
Copied
(1st UPDATE) The latest donation brings the total number of doses given by Tokyo to some 3 million. China will also be donating 1 million more Sinovac doses, set to arrive in a week.

The Japanese government announced it would donate nearly 2 million more AstraZeneca vaccines to the Philippines within October, bringing the total number of doses given by Tokyo to some 3 million.

Japanese Foreign Minister Toshimitsu Motegi detailed the pledge to share 1.96 million more doses of AstraZeneca’s shot to the Philippines on Friday, October 15, adding its arrival is expected to be completed in batches “within this month.”

The Japanese embassy in Manila said the donation will be outside of its contributions to the COVAX global vaccine sharing facility co-led by the World Health Organization, Coalition for Epidemic Preparedness Innovations, and Gavi Alliance.

AstraZeneca vaccines to be donated are also manufactured in Japan. 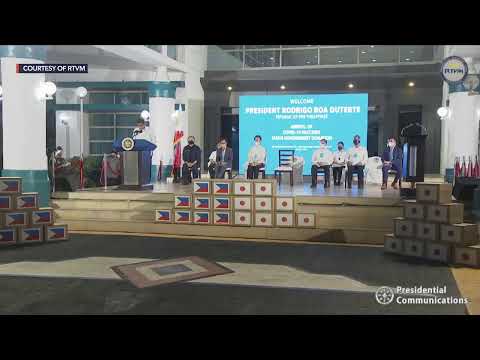 To date, Japan has vaccinated about 66% of its population, placing it among countries with some of the highest vaccination rates in the world, despite criticisms of an initially slow rollout.

Since the start of the health crisis, Japan has provided critical assistance to the Philippines, by providing personal protective equipment, laboratory surveillance sites, and developing a cold chain system for the country’s vaccine drive. Tokyo also granted billion-peso loans through its COVID-19 Crisis Response Emergency Loan and its Post-Disaster Standby Loan Phase 2 with the Philippines.

China, meanwhile, will donate another 1 million doses of Sinovac’s vaccine to the Philippines, bringing the total number of doses it has given to the country to over 3 million.

Chinese Ambassador to the Philippines Huang Xilian said on Thursday, October 14, that Beijing’s donation is expected to arrive in Manila in the coming week.

The additional doses comes after China earlier gave a little over million Sinopharm doses and 1 million Sinovac doses to the country.

Huang earlier said that donated vaccines were part of Beijing’s pledge to “substantively increase” supply in the Philippines. To date, majority of vaccine doses made available to Filipinos in the government’s vaccine drive have been from China.

This included China’s Sinovac vaccine which is now the widest available shot in the Philippines, after the country purchased an initial 25 million doses earlier this year and doubled its order sometime in August 2021.

Aside from Japan and China,  the Philippines has received vaccine donations from the United States, United Arab Emirates, United Kingdom, and Germany. – Rappler.com