PHONE CALL AWAY. President Rodrigo Duterte and Japanese Prime Minister Yoshihide Suga in a phone call on May 19, 2021.

China’s controversial Coast Guard Law and the 2016 Hague ruling won by the Philippines against Beijing were discussed by Philippine President Rodrigo Duterte and Japan Prime Minister Yoshihide Suga in a phone call on Wednesday evening, May 19.

The phone call was initiated by Suga and lasted 20 minutes, according to Malacañang.

Both Malacañang’s and the Japanese embassy’s notes about the phone conversation between the two leaders mentioned China as a major topic of the discussion.

According to the Japanese embassy, Suga brought up his “grave concerns about recent developments in China, including the Coast Guard Law.”

He also expressed opposition to the “continued and strengthened unilateral attempts to change the status quo in the East China Sea and the South China Sea.”

China’s Coast Guard law, passed in January, allows its Coast Guard to use armed force against anyone found in Beijing-claimed waters. The Philippines filed a diplomatic protest against it, with Foreign Secretary Teodoro Locsin Jr. calling the law a “verbal threat of war.” The Philippine Navy also deployed more ships to the West Philippine Sea in response to the law.

The Japanese embassy said Suga and Duterte agreed to work closely together toward keeping the peace “under the rule of law such as UNCLOS (United Nations Convention on the Law of the Sea).”

Meanwhile, Malacañang mentioned in its write-up about the phone call that Duterte emphasized the need to work for the peaceful settlement of disputes “stating that the Asia-Pacific region cannot afford conflicts between neighbors.”

“President Duterte underscored that alliances and partnerships must redound to greater stability in the South China Sea and uphold the broader collective interest of the Asia-Pacific region,” said the Palace. 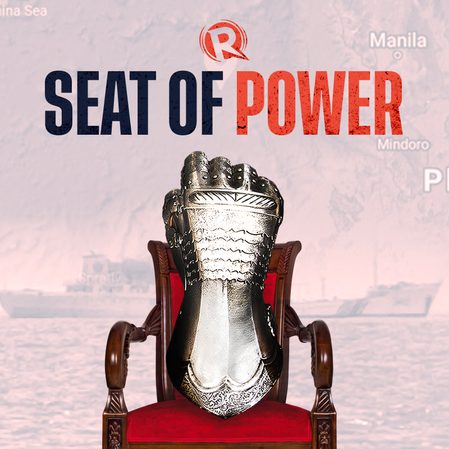 The 2016 decision by the Permanent Court of Arbitration invalidating China’s claim to the West Philippine Sea through its 9-dash line was also mentioned.

Suga had “expressed appreciation” for how Duterte asserted the Hague ruling in the UN General Assembly in September 2020, by far the strongest statement the Philippine leader has made against China’s claim to the West Philippine Sea.

The phone call between the two leaders takes place after a series of controversial remarks Duterte made in public about the Hague ruling and the West Philippine Sea.

Last May 6, he said he would throw the landmark arbitral award “into the waste basket” and repeated claims that China “is in possession” of the West Philippine Sea. These remarks are seen by lawmakers, experts, and retired military as weakening the Philippines’ stance in the maritime dispute.

As Duterte made these public statements, nearly 300 Chinese ships believed to be maritime militia remained scattered in the West Philippine Sea.

This tranche of 20 billion yen, to be disbursed in June, was triggered by the re-imposition of Enhanced Community Quarantine in Metro Manila and four adjacent provinces.

Suga said he would “spare no effort” in helping with the Philippines’ COVID-19 response, said the Japanese embassy. Duterte thanked Japan for its assistance.

The violence in Myanmar was also discussed in the phone call. The two leaders “expressed concern” over developments in the conflict-torn country and agreed to work together to “support efforts to improve the situation” there. – Rappler.com