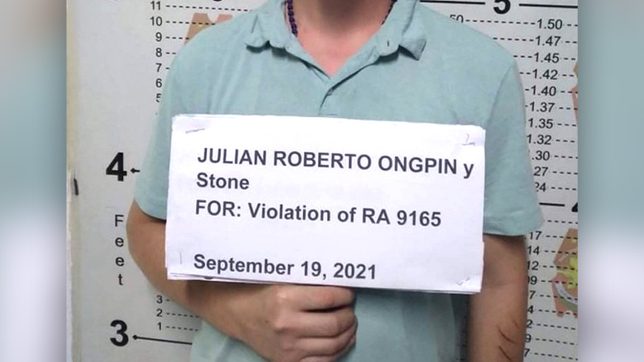 Facebook Twitter Copy URL
Copied
'We do not understand why [Ongpin was released]; we were banking on the fact that he had drugs on him,' Jill Palarca, Jonson's cousin, tells Rappler

The family of 30-year-old Davao artist Bree Jonson, who was found dead in a La Union resort on Saturday, September 18, continued to pin their hopes on the country’s justice system, though they were dismayed that Julian Ongpin, the man with her the night she died, walked free from detention even after testing positive for cocaine use.

“We do not understand why; we were banking on the fact that he had drugs on him,” Jill Palarca, Jonson’s cousin, told Rappler in a phone interview on Tuesday, September 21.

“It was supposed to be non-bailable,” added Palarca, who spoke on behalf of the Jonson kin. “We were surprised, and we are yet to receive a clear explanation as to why he was released.”

Ongpin is the 29-year-old son of Roberto Ongpin, one of the wealthiest businessmen in the Philippines, and former Minister of Trade and Industry during the Marcos administration.

Palarca said that when Ongpin was released, they were focused on getting the autopsy done. As of writing, Jonson’s father Vincent and her aunt Hilda are in La Union to take care of her remains.

“For now, we are trusting the authorities to do their part on that. That is our prayer,” Palarca added.

According to Justice Undersecretary Emmeline Aglipay-Villar: “The inquest prosecutor of La Union deemed it proper to conduct a regular preliminary investigation of the case to give the law enforcers the opportunity to submit additional evidence to further prove the case for possession of dangerous drugs (cocaine) under Section 11, R.A. No. 9165, and to investigate further if there was “foul play” which resulted in the death of Bree Jonson. In the meantime, the inquest prosecutor ordered PNP San Juan, La Union, to release Mr. Ongpin pending the preliminary investigation of the case.”

Jonson’s kin arrived in San Juan, La Union on Sunday, September 19, but found it difficult to get a lawyer. To make things worse, the doctor who was supposed to conduct the autopsy was not around.

“There were so many important, key people [who] were supposed to be there but were not around yet, hence the delay,” Palarca said in a mix of English and Filipino.

Jonson’s autopsy was again delayed on Monday, September 20. The cadaver lodged beside hers at the Ilocos Training and Regional Medical Center was a case of COVID-19, so her body had to be moved to St. Peter Life Plan and Chapels in San Fernando City that evening.

Palarca said the autopsy has been conducted since, but results have not yet been released. She said the family remains vigilant and will decide on a course of action once the results come out.

Upon learning of her daughter’s death, Jonson’s mother Sally immediately flew back to the Philippines from Canada. She is currently under mandatory quarantine.

The family, however, has asked the Bureau of Quarantine (BOQ) to request consideration from the Inter-Agency Task Force for the Management of Emerging Infectious Diseases to shorten the quarantine period.

“We are not asking for special treatment, kaunting consideration lang ang hinihingi namin (we just ask for a little consideration) in that context,” Palarca explained.

“Bree grew up with her mom in Davao, kaya napakahigpit ng bond nila (so their bond is very strong),” she added.

Sally migrated to Canada in 2015 as soon her daughter finished her studies in Ateneo de Davao and went to Manila to pursue her art career.

They had their last physical reunion in 2018, when Sally went to the Philippines for vacation.

Upon learning of the provincial prosecutor’s decision to release Ongpin, the Bureau of Immigration (BI) said it would issue an immigration lookout bulletin against him.

On Monday, September 20, Police Regional Office 1 (PRO1) Brigadier General Emmanuel Peralta confirmed that Ongpin tested positive for cocaine use. He also confirmed the 12.6 grams of cocaine recovered from Ongpin and Jonson’s hotel room to be genuine.

However, despite these confirmations, Ongpin was ordered released by the Provincial Prosecutor’s Office, as confirmed by Philippine National Police Chief General Guilllermo Eleazar in a statement Tuesday.

“The prosecutor’s office decided to set Mr. Ongpin free while the case is under investigation,” Eleazar said in Filipino.

Ongpin has been charged with violations of Sections 11 and 15 of Republic Act 9165, otherwise known as the Comprehensive Drugs Act of 2002. – Rappler.com