‘Journalism is a profession worth taking risks for’ 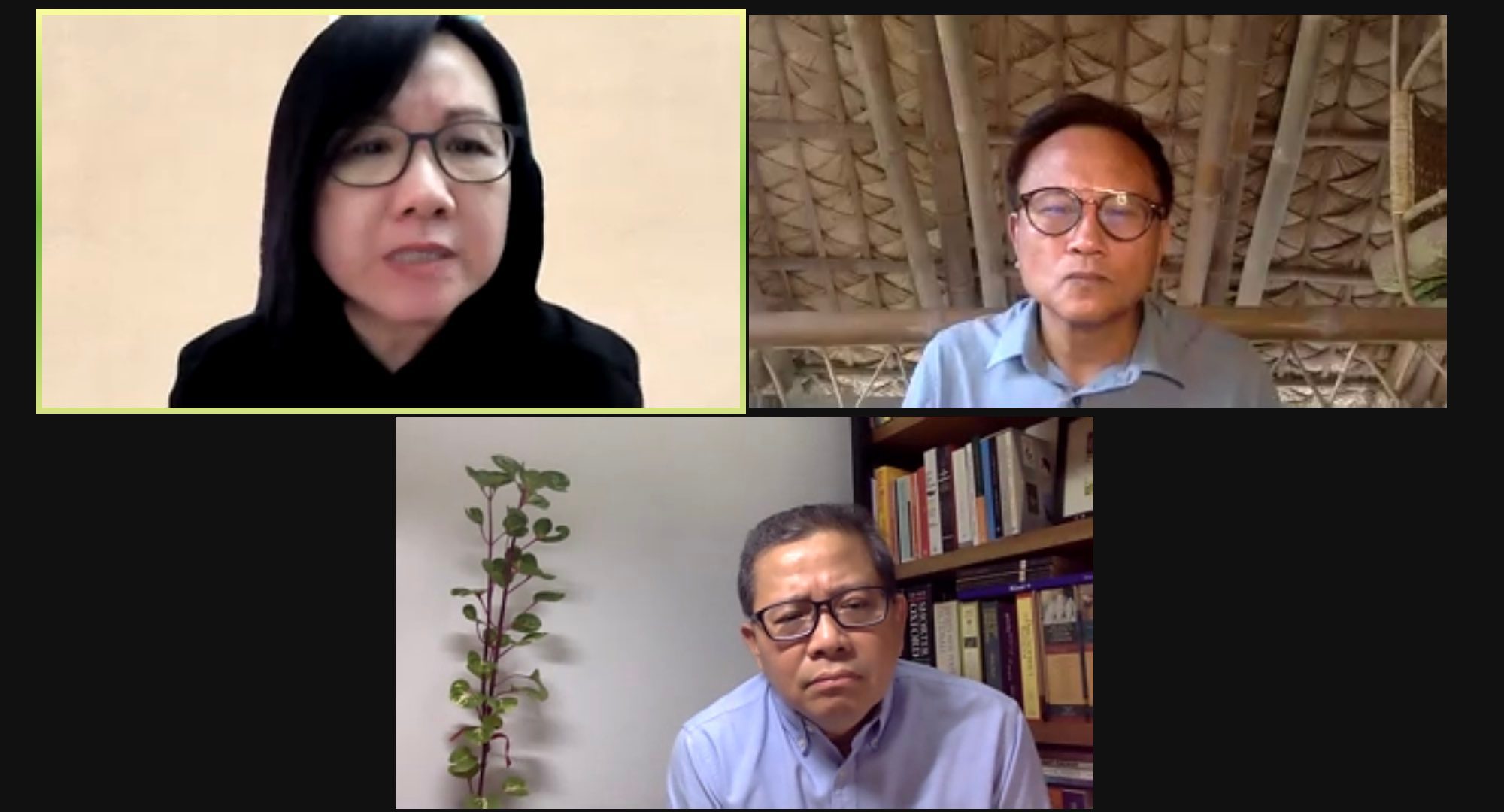 JOURNALISM AS PUBLIC GOOD? Veteran journalists discuss the challenges of journalism in an online forum.

Facebook Twitter Copy URL
Copied
Vera Files co-founder Yvonne Chua says: 'If you look at the numbers, democracy in the country and press freedom are on the decline. But I also look back on the many chapters of our history. We have lost our freedoms and regained them.'

In a virtual forum held on Monday, May 3, in celebration of World Press Freedom Day 2021, veteran journalists discussed the current challenges that journalism faces.

Vera Files co-founder Yvonne Chua, broadcast journalist Howie Severino, and Philippine Daily Inquirer columnist John Nery took part in the forum “Is journalism a public good?” organized by the Asian Center for Journalism and the US embassy in the Philippines.

All three agreed that journalism is a public good, owing to its role in serving the people. However, not all Filipinos see it this way with the decline in media trust in recent years.

“Sometimes the State does not have the public interest in mind, which is why journalism isn’t a public good to them,” Nery said.

Chua said public officials attack journalism because it “threatens their hold on power” and “jeopardizes [their] transactions,” among others. For her, the lack of free access to information is one of the biggest hindrances of journalism, citing strict government rules on obtaining officials’ Statements of Assets, Liabilities, and Net Worth (SALN).

The Philippines slipped two more places, now ranking 138th out of 180 nations, in the Reporters Without Borders’ (RSF) World Press Freedom Index for 2021.

Chua also said journalists are “partly to blame” for the lack of public appreciation for the role of journalism and added that they need to work more on explaining societal and media issues.

Severino, for his part, attributed this to the diminished value of truth and other democratic principles in the minds of the public.

“What has exceeded those values…. in the minds of people is loyalty to a person, ideology, institution, or organization. So even if confronted with facts, evidence, science, if it somehow contradicts what you believe, you will dismiss the evidence,” Severino said.

“That’s how people stay in power…. Now, loyalty has the highest value, has more importance than evidence, truth,” he said.

One of the ways media can regain public trust is through accountability. Chua said there should be both internal and external checks.

“Newsrooms should have a mechanism for self-regulation. Right now, it’s mostly spotty and scattered,” Chua said.

“If the media, especially newsrooms, don’t make their standards and best practices publicly available, then how can the public hold media to account? It’s time to publicize it…. Are you living up to the standards you set for yourself?”

Asked by an attendee if press freedom is deteriorating in the Philippines, Severino said he personally does not feel restrained but acknowledged numerous threats to other journalists.

“Journalism is a profession worth taking risks for,” he said.

Chua, for her part, said: “If you look at the numbers, democracy in the country and press freedom are on the decline. But I also look back on the many chapters of our history. We have lost our freedoms and regained them. I believe Filipinos and journalists are a resilient lot, we will reclaim them.” – Rappler.com