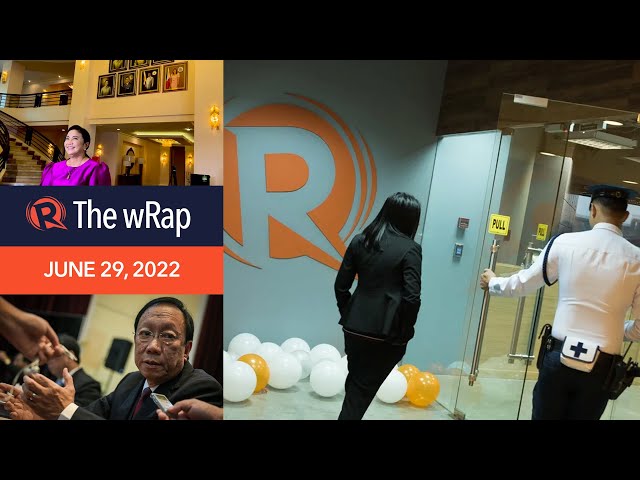 It’s business as usual for Rappler despite a shutdown order from the Securities and Exchange Commission or SEC. The order, issued on Tuesday, June 28, directs the revocation of Rappler’s certificates of incorporation.

Outgoing solicitor general Jose Calida will be the chairperson of the Commission on Audit under the incoming government of president-elect Ferdinand ‘Bongbong’ Marcos Jr.

Outgoing Vice President Leni Robredo says she considers her presidential run a victory because it inspired a massive volunteer movement among her supporters.

The Supreme Court temporarily stops the Commission on Elections from allowing former Comelec commissioner Rowena Guanzon to be a substitute nominee for party list P3PWD.

Filipino pole fault star EJ Obiena shows he hardly lost a step after being sidelined for being COVID-19 positive, as he posts his season-best clearance to win the Taby Stavhoppsgala in Sweden on Tuesday, June 28. – Rappler.com