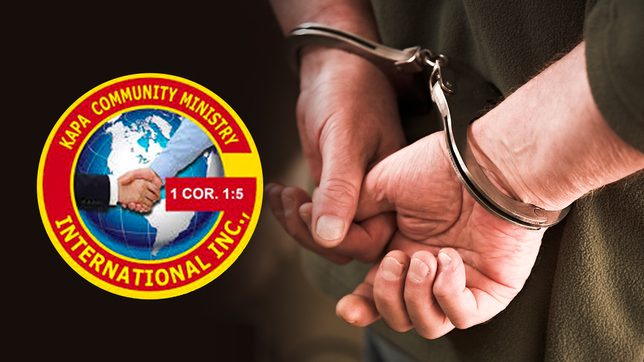 The fugitive founder of Kapa Community Ministry International, Joel Apolinario, was arrested Tuesday, July 21, in Lingig, Surigao del Sur after a year of evading arrest for large scale estafa through a ponzi scheme.

Another search warrant was issued by Judge Cayalina Shineta Tare-Palacio with Search Warrant number 2020-04 for violation of Republic Act 9516 – the law on illegal or unlawful possession, manufacture, dealing in, acquisition, or disposition of firearms, ammunition or explosives; and RA 10591, or the comprehensive firearms and ammunition regulation act.

The police arrested Apolinario and 23 male companions and confiscated the following:

The police killed an unidentified male after he fired on the raiding team.

A Melecio Siabo was also wounded during the raid and was brought to Bislig City Hospital for treatment.

The department of justice has accused Kapa Ministry of “willfully, unlawfully, and criminally selling” securities in the Philippines without the necessary documents from the Securities and Exchange Commission (SEC). – Rappler.com