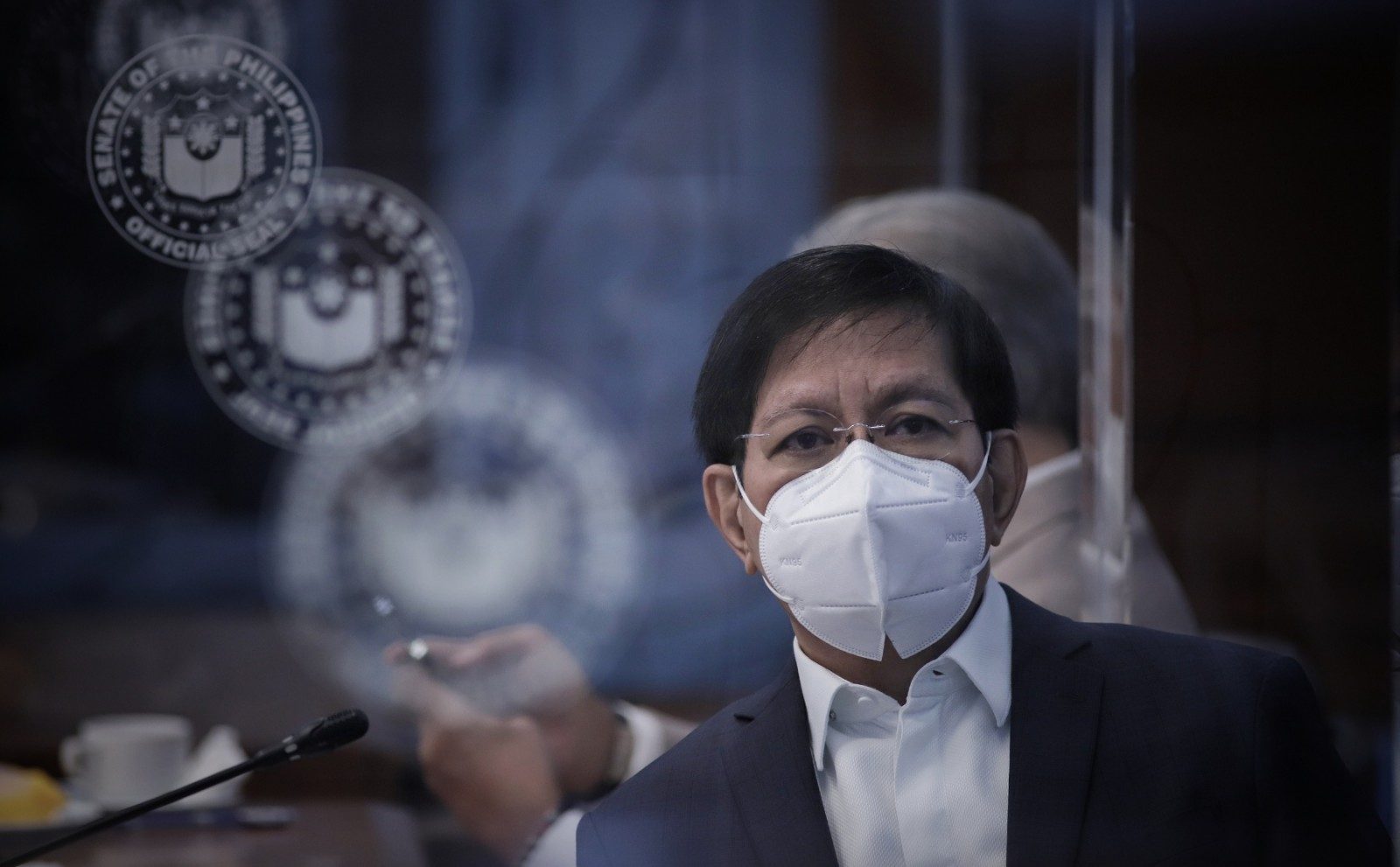 Senator Panfilo Lacson during the first investigative hearing on red-tagging on November 3, 2020

For leading a legislative probe into alleged red-tagging of political progressives by the security establishment – and ensuring both sides get equal airtime – Senator Panfilo Lacson is getting flak online from both sides of the fence, even from accounts linked to the government.

“In fact, as we speak, I’m still being bashed on social media by netizens and bloggers that we have traced to the AFP (Armed Forces of the Philippines) and Malacañang for ‘siding with the Makabayan bloc’ during the hearings,” Lacson said in a message to reporters on Thursday, December 3.

As head of the Senate committee on national defense and security, Lacson held 3 hearings over the past month to probe into “red-tagging,” or accusations by security officials that members of the Makabayan bloc in the House of Representatives are from front organizations of the Communist Party of the Philippines (CPP) and its armed wing, the New People’s Army (NPA).

Lacson imposed strict time allotments for either side to present their arguments uninterrupted by the other.

Security officials presented witness Jeffrey Celiz, who claimed to be a former member of the communist underground. Celiz claimed personal knowledge that Colmenares and Casiño figured in activities that led to the recruitment of NPA members, while witnesses claiming to be former rebels said they worked under the progressive group leaders.

The Makabayan lawmakers denied links to the CPP-NPA. They said the alleged witness testimonies were hearsay, and challenged the security officials to show evidence. They decried red-tagging, saying it puts their lives at risk, and cited the recent killings of activists like Karapatan’s Randy Echanis and Zara Alvarez.

Lacson questioned the Makabayan bloc’s refusal to condemn the CPP-NPA’s armed struggle, but the progressive leaders said they were merely acknowledging the validity of the grievances that spur the conflict.

Meanwhile, the senator told the security establishment’s witnesses that the “burden of proof” was on them – they must show evidence of their accusations that the progressive leaders were communist rebels, otherwise their claims would not hold.

After the probe’s final hearing on Tuesday, December 1, Lacson insisted he had been fair in conducting the investigation, contrary to what his bashers were saying.

“That comes with the territory. Given my decades in public service, I have accepted that I cannot please everybody, especially on such a sensitive issue. But with that said, considering that both sides are bashing me on social media means I am doing something right. Otherwise, if one side keeps bashing me and the other keeps praising me, that might be a sign of bias,” Lacson said on Thursday.

“What is important is that the hearings have helped enlighten the public on the issue,” he added. The lawmaker said he is seriously considering crafting legislation to criminalize red-tagging.

Lacson took exception when Zarate said earlier this week that the red-tagging probe hearings have reduced the Senate to a “venue for witch hunting.” Zarate later clarified it was the NTF-ELCAC, not Lacson or the Senate, that was doing the witch hunt.

Lacson said he “appreciates” the clarification from Zarate, but it gave the public a “wrong impression” of the proceedings.

The Senate national defense committee is expected to release its findings on the probe in the coming days, likely after the ratification of the 2021 national budget bill. – Rappler.com