Lacson calls out Duterte for no vaccines, no VFA remark 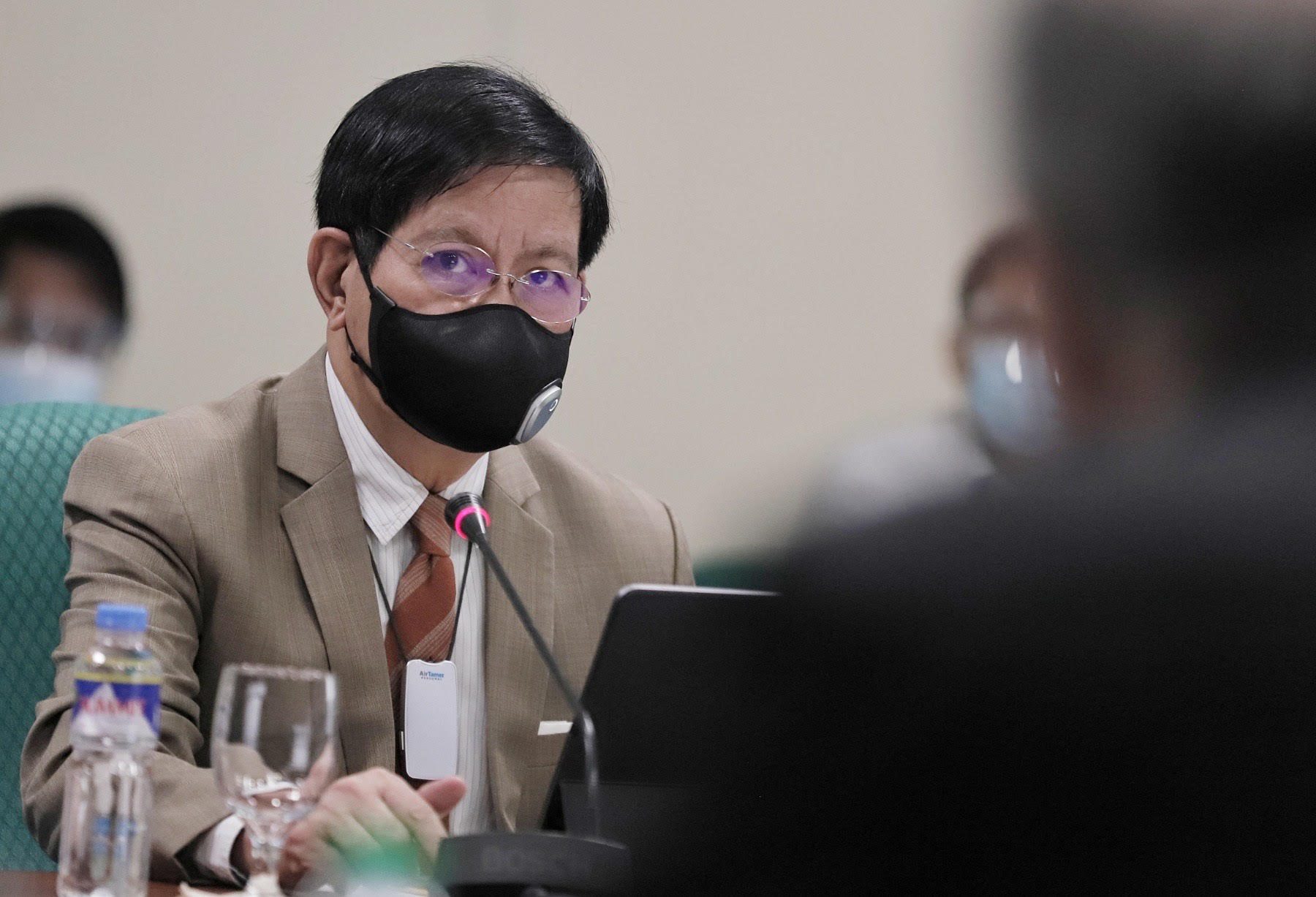 Senator Panfilo Lacson on Monday, December 28, called out President Rodrigo Duterte for practically “blackmailing” a longtime Philippine ally, the United States, in his bid to secure US-made vaccine for the country.

Lacson said in a statement that it is “unfortunate” that Duterte threatened the US with ending the PH-US Visiting Forces Agreement (VFA) if Washington fails to ensure the supply of at least 20 million vaccine doses to the Philippines.

“Such a pronouncement from the President is at the very least, unfortunate. I think there could be a more diplomatic or at least a better way of asking a longtime ally to help us avail of the vaccines for our people without sounding like we are blackmailing our way into it,” Lacson said.

Duterte has been threatening to scrap the VFA since 2016. Months into his presidency, Duterte warned that he would scrap the VFA after the US did not renew an aid package for the Philippines.

In January 2020, Duterte renewed threats to terminate the VFA, angered by the US decision to cancel the visa of Senator Ronald “Bato” Dela Rosa. The US later offered Dela Rosa a visa months later, after Duterte had a phone conversation with US President Donald Trump.

Duterte had earlier sent notice in February 2020 that the Philippines would terminate the VFA, leaving the deal to last until August. But he suspended this twice – in June and then in November of this year – thus putting the decades-long military agreement back in effect until 2021. (READ: Duterte dangles VFA for US-made vaccine: ‘No vaccine, get out’) The VFA, signed in 1999, allows the presence of US military forces in the country, but only in a visiting capacity. The PH-US Enhanced Defense Cooperation Agreement (EDCA) inked during the administration of Benigno Aquino III, is a further operational feature of the VFA, providing for increased military presence here.

Lacson also said in his statement on Monday that “treating the Americans like a bunch of yokels might have sealed our fate to settle for China’s Sinovac in lieu of the US-made Pfizer-BioNTech and Moderna vaccines.”

Senators have cautioned the government against obtaining COVID-19 vaccines from the Chinese pharmaceutical company Sinovac, which only has an efficacy rate of 50%. (READ: Drilon urges gov’t to rethink buying Sinovac COVID-19 vaccines with 50% efficacy)

Phase 3 trial data showed the COVID-19 vaccine of Pfizer and BioNTech had an efficacy rate of 95% while the counterpart by Moderna rated 94.1%.

“What is more unfortunate is that we had a good chance to procure vaccines early from the US, but someone from our side dropped the ball, and has yet to be held accountable up to this day,” Lacson said.

Duque had countered Locsin’s allegation, saying he merely sought to follow systems and protocols on vaccine agreements. (READ: DOH defends timing of Pfizer deal: ‘No such thing as dropping the ball’)