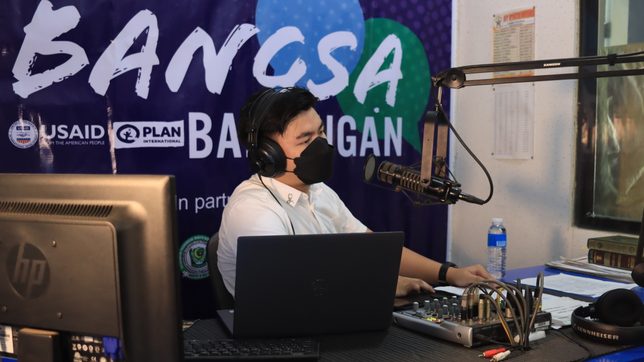 Facebook Twitter Copy URL
Copied
It is worrisome, according to Lanao del Sur Governor Mamintal Adiong Jr., despite the decreasing number of reported active cases in the province

Nursing student Arafat Hamid looked back at his school life during the pre-pandemic days.

“When we were in school, it’s an all-in-one package. More than just the academic learnings, we also got to socialize with other people, and that is as important,” he said.

Grateful that classes are still going on, even if online, he did not deny that the current academic setup became more challenging.

At the height of the pandemic restrictions in the middle of 2020, the 19-year-old youth leader from Lanao del Sur felt anxious about his studies and his advocacies.

“We were preparing for a five-day youth camp during the time when the border restrictions began, and we had to cancel for the sake of our health,” Arafat recalled.

But that was not his main concern. “I was primarily worried about my mother. She’s already getting older, and she might be more vulnerable to acquiring the virus.”

When the government announced the arrival of the vaccines in the country, and as soon as his schedule arrived, he did not get the jab right away.

“Hearing different stories about the possible negative effects of the vaccines to our health made me hesitant,” he said. “It was until I did my own research that I was finally convinced about the benefits of getting vaccinated.”

Lanao del Sur provincial health officer Dr. Alinader Minalang reported during the Command Conference and Orientation on Bayanihan Bakunahan at the LDS Provincial Capitol on November 23, that the province was only at 8.7% in terms of vaccination rate.

He said only 60,250 of the 691,795 eligible population were vaccinated, despite the availability of vaccines in every municipality of the province.

Big majority in PH willing to get COVID-19 shot, but 18% still refuse – SWS It was worrisome, according to Lanao del Sur Governor Mamintal Adiong Jr., despite the decreasing number of reported active cases in the province. He said people will still get exposed to the virus, and the vaccines offer protection.

A study conducted by USAID-funded Plan International’s Marawi Response Project (MRP) to understand the prevalence of vaccine hesitancy in Lanao del Sur shows that the fear of its side effects is the primary reason why people are resistant to getting the shots.

“Vaccine hesitancy is highly prevalent, and those with hesitations cite a range of possible side effects (i.e. infertility, worsen illness, trigger diseases, death) as reasons for not getting vaccinated. Vaccine considerers are looking for more evidence that vaccines are safe for everyone,” stated the report conducted in municipalities with active cases and relatively low vaccination rates as of September 2021.

“We are raising people’s awareness because it’s a step towards addressing the spread of false information,” he said.

For him, it is important that people can distinguish between false and legitimate information to protect themselves as well as their communities. In partnership with the provincial government, MRP launched the Providing Vital Information to Defend (PROVIDE) Against COVID-19, a research-based approach to ensure that valuable information about COVID-19 and its vaccine are contextualized and cascaded to the barangay level to turn hesitancy into vaccine confidence.

In anticipation of the National Vaccination Days on November 29 to December 1, Governor Adiong appealed to the masses “not to believe in fake news and take part in Bayanihan Bakunahan.”

With commitments from different government and non-government agencies in Lanao del Sur, the province races to reach its goal of inoculating 300,000 individuals during the three-day drive.

Arafat continues his advocacy of spreading legitimate information as a “community patroller” and a radio anchor in his province.

“I want to contribute to building a community where people are sensitive in terms of spreading information because it is monumental in strengthening cohesion within our community,” he said.

Currently a nursing student, he already found balance between his academics and advocacy work. However, he still hopes to return to the old setup where people can safely do their pre-pandemic activities without the fear of getting sick. – Rappler.com