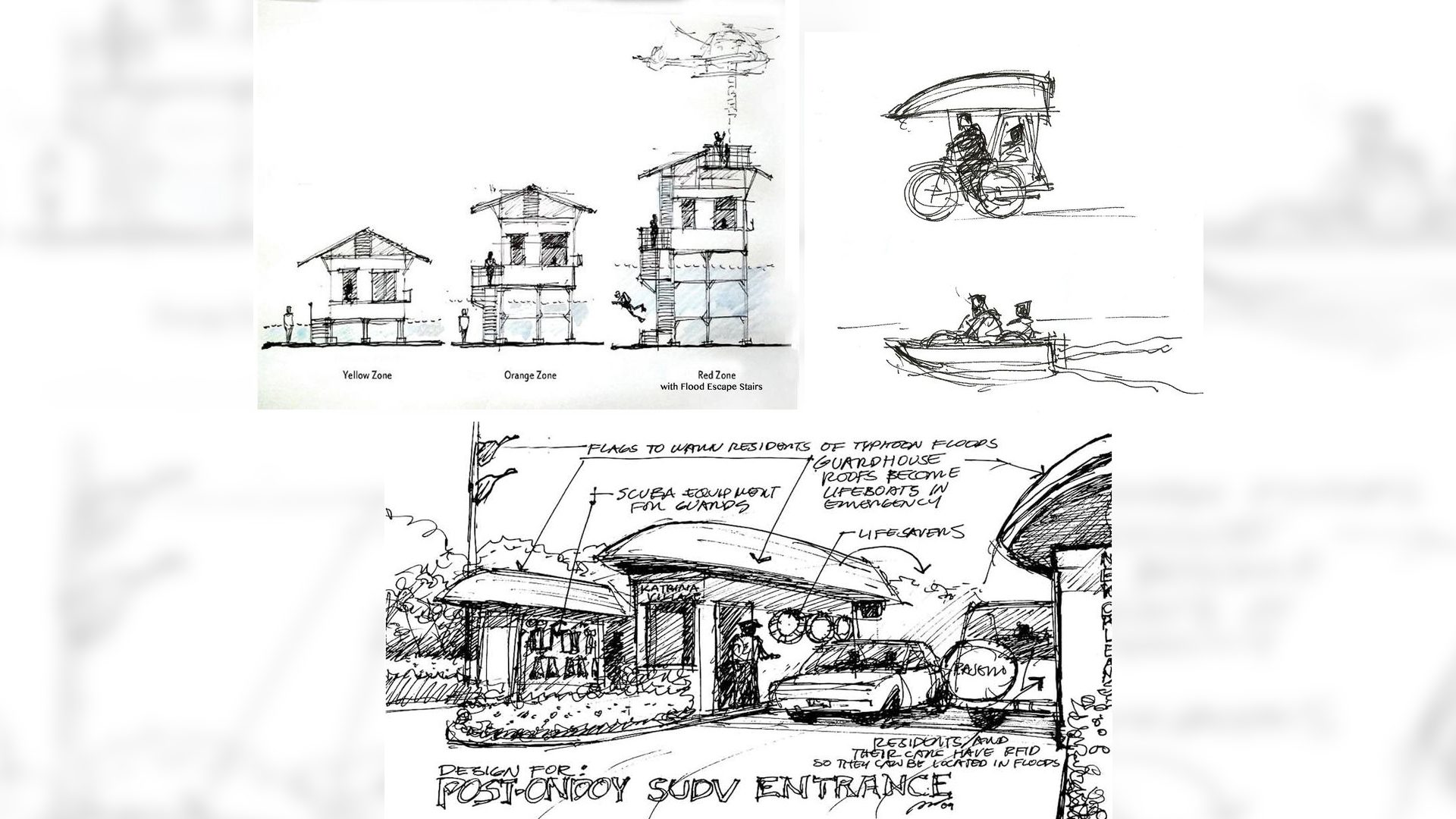 There are many ways Filipinos express frustration over the Philippine government’s continued shortcomings in preparing citizens for typhoons. For landscape architect Paulo Alcazaren, it was through posting flood-resilient structural designs that have yet to be commonplace in the country.

Alcazaren, who is also an environmental planner, uploaded some of his designs for houses, barangay halls, subdivision entrances, and water management systems, among others. He began sharing the sketches on his Facebook page on Thursday, November 12, as Typhoon Ulysses (Vamco) ravaged areas in Luzon.

He drew some of the designs after the onslaught of Tropical Storm Ondoy in September 2009. Eleven years later, the designs remain relevant.

“The message I wanted to communicate was that we should really avoid building in hazardous zones…. Any solution we have, these are just addressing the symptoms and not the cause – the uplands, land use planning with proper infrastructure for drainage, and everything else,” Alcazaren told Rappler over a phone interview.

“Since Ondoy, I’ve kept posting, either to make fun of the situation, or to throw shade at the government,” he said.

“The reason why it’s been 11 years and we haven’t done anything is because there is no coordinated effort in local governments…and discontinuity in administrations,” said Alcazaren.

Typhoon Ulysses came to Luzon on Wednesday, November 11, killing at least 39. At the time, the island group was still reeling from the devastation brought by Super Typhoon Rolly (Goni). – Rappler.com