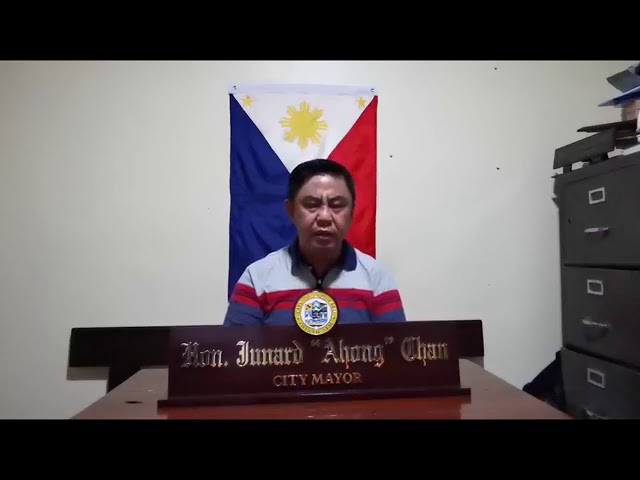 Mayor Junard “Ahong” Chan of Lapu-Lapu City disclosed on Friday, June 12, that he tested positive for the novel coronavirus, and was directing the city’s affairs remotely.

In a statement posted on his Facebook page at around 8:15 am on Friday, Chan said he was now under isolation and had been asymptomatic for some time.

“While I do not want to get this virus, it is still not selective by nature and there is not much to do because the enemy is not visible,” said Chan.

Earlier in the day, he informed the public of the positive result in a speech during the virtual Independence Day celebration on Lapu-Lapu City government’s official Facebook page .

The mayor said he got tested on June 10. during his sick leave, and then received the results of his swab test on June 11.

“I continue my work [as mayor] even though I am still at home, through our virtual meetings and through social media. I will still offer services for the people!” Chan said.

As of June 11, the Department of Health reported a total of 24,175 confirmed COVID-19 cases nationwide.

To date, there are 162 confirmed COVID-19 cases in Lapu-Lapu City. – Rappler.com