Pictured here is DIWA Representative Michael Aglipay and a screenshot of him removing Rappler reporter Rambo Talabong from a Viber group with reporters.

Aglipay kicked out Talabong after the journalist wrote a story on the DIWA representative’s latest defense of the Duterte administration.

For Aglipay, the changing of expiry dates was not a problem, as he asked a Department of Health (DOH) official if the alleged expired face masks hurt or killed any of the health workers who used them. DOH undersecretary Carolina Taino said no.

This exchange was the subject of Talabong’s story, which included a video excerpt on Aglipay’s interpellation during the good government and public accountability panel hearing. 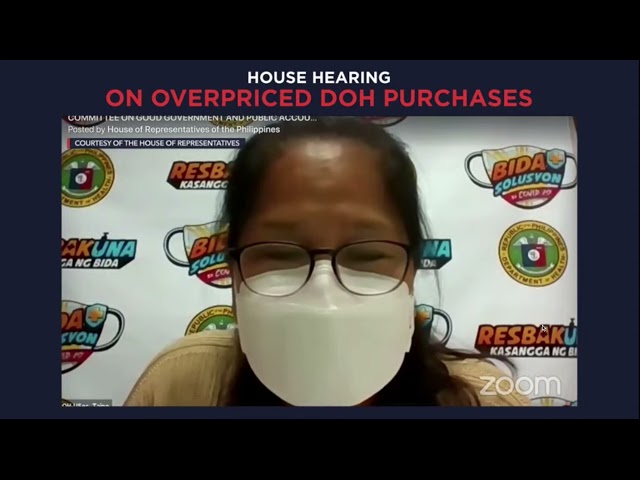 Aglipay then singled out Talabong during the hearing – even if CNN Philippines also published a similar article with the same angle.

The congressman argued Talabong’s article was “one-sided” as it did not include DOH Secretary Francisco Duque III’s remarks that the shelf life of face shields was 36 months.

“So it is one-sided, and I’m calling him out to be balanced, because they are claiming to be a balanced organization, but this article of his never mentioned that Secretary Duque said that the shelf life is 36 months, and he only focused on my comment, making it appear that we are one-sided here, and covering up the government,” said the ally of Speaker Lord Allan Velasco. 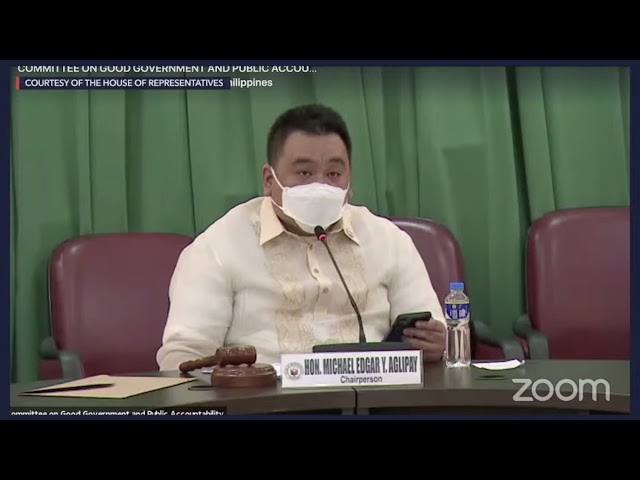 The House’s line of questioning in its hearings veers at countering findings at the Senate, defending the Duterte government’s deals with Pharmally.

Below is Rappler’s full statement:

“May nagkasakit po ba o namatay?” DIWA Representative Michael Aglipay asked this question at a House hearing on Monday, September 27, 2021, in reference to the face shields for health frontliners whose expiration dates were tampered with by Pharmally before the company supplied them to the government.

Rappler wrote a story based on that quote, coming as it did from no less than the head of the House committee on good governance and a representative of a party-list organization which “aims to protect workers’ rights and promote workers’ welfare for a just and humane society.”

Aglipay must have realized his blunder later, but instead of acknowledging it, he blamed Rappler reporter Rambo Talabong for publishing his quote. He named and shamed Rambo in a committee hearing then removed him from the Viber channel for journalists covering the House committee on good governance.

Representative Aglipay faulted Rappler for not including in our story a quote from the health secretary that face shields had a shelf life of 36 months. But it is a fact that when Pharmally tampered with the expiration dates, it was past that 36-month shelf life, according to Pharmally’s own warehouse staff. This detail is therefore a non-issue that serves to muddle, not clarify, matters for readers glued to this scandal.

Rappler condemns in the strongest terms Representative Aglipay’s act of removing Rappler from a media coordination channel that is every journalist’s right to access – especially at this time when the public has the right to know more about the Pharmally deal that has cost billions in taxpayers’ money.