Facebook Twitter Copy URL
Copied
'It is imperative for Congress to ensure that the people's money is well-spent and not wasted due to inefficiency and corruption,' says the Makabayan bloc in the House 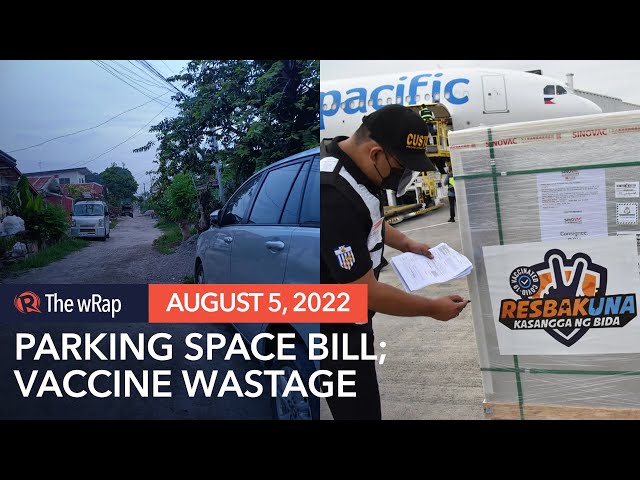 MANILA, Philippines – Lawmakers from both the Senate and House of Representatives have called for each chamber to conduct an investigation into the expiration of millions of COVID-19 vaccine doses supposedly worth billions of pesos.

The progressive Makabayan bloc in the House, comprised of Gabriela Representative Arlene Brosas, ACT-Teachers Representative France Castro, and Kabataan Representative Raoul Manuel, filed a resolution on Thursday, August 4, directing the House committee on health to investigate, in aid of legislation, the reported millions of expired vaccines.

In April, one of then-president Rodrigo Duterte’s advisers said around 27 million COVID-19 vaccine doses would expire in July. The following month, Health Undersecretary Myrna Cabotaje said almost two million doses were set to expire if not used by the end of June.

“Whereas, especially amid the pandemic and economic crisis, where the Filipino people are suffering from the rising prices of goods and services, it is imperative for Congress to ensure that the people’s money is well-spent and not wasted due to inefficiency and corruption,” the Makabayan lawmakers said.

The Department of Health (DOH) said in April that the COVAX facility would replace 3.6 million doses of expired COVID-19 vaccines. Health Secretary Francisco Duque III said these comprised around 1.46% of the country’s total inventory of vaccines at the time.

But the lawmakers wrote in House Resolution 179 that expired vaccines are “unacceptable” to the people, even if some will be replaced for free, as the funds used to pay for loans and other resources for vaccine procurement come from taxpayers.

They added that the DOH and the country’s pandemic task force must be on top of ensuring that Filipinos remain protected from COVID-19, considering waning immunity.

“It is imperative for the government authorities to strive for less COVID-19 vaccine wastage, to accurately and transparently report vaccine wastage, identify drivers of wastage, and implement effective interventions to reduce it,” Hontiveros said.

Under the Bacolod City local government, 300,000 AstraZeneca vaccine doses expired in a Metro Manila DOH warehouse, as former mayor Bing Leonardia’s administration purchased hundreds of thousands of doses, but also hustled for the city’s share from the national government stockpile. The city ended up with too much supply.

The Philippines’ vaccine stockpile has remained sufficient for months. However, access to vaccination remained a challenge to many Filipinos in rural areas. More than 71.8 million Filipinos have been fully vaccinated, while at least 16.4 million have received their first booster shots, according to the DOH. – Rappler.com