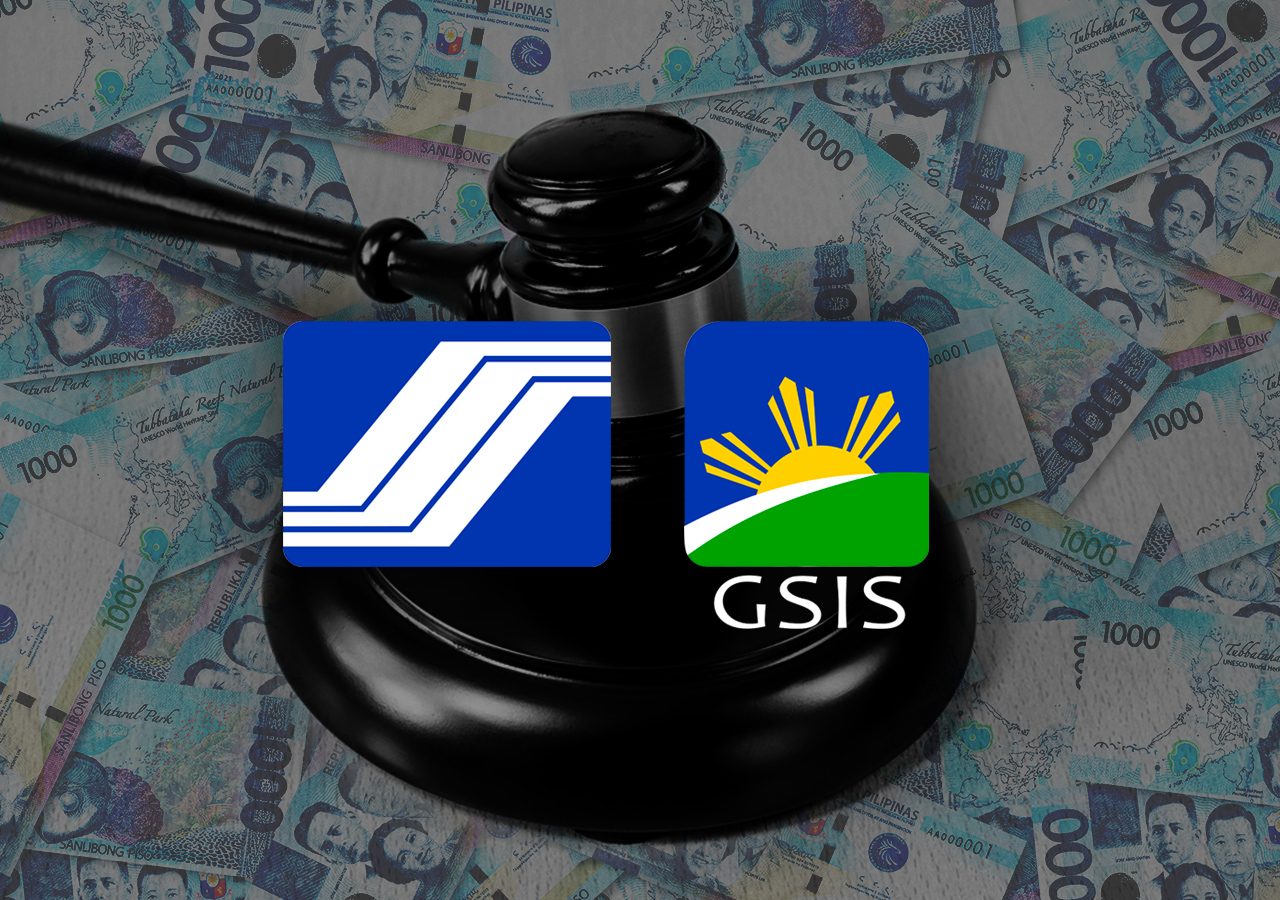 Facebook Twitter Copy URL
Copied
'The funds contributed to the System created by the law are not public funds, but funds belonging to the members which are merely held in trust by the Government,' the SC says in a 1961 decision

MANILA, Philippines – Discussions on the Social Security System (SSS) and the Government Service Insurance System (GSIS) are not typical topics for Filipino households.

But they have permeated conversations recently after the bill seeking to establish the P275-billion Maharlika Wealth Fund was filed before Congress. The fund would collect a total of P275 billion from government pension funds and banks, including the GSIS and SSS, to invest in government projects.

However, many – including lawmakers and economists – had already expressed concern over the fund.

Here’s what jurisprudence and some laws say.

Over half a century ago, the Roman Catholic Archbishop of Manila sought to be exempted from the social security law enacted in 1954.

The Archbishop of Manila, on September 1, 1958, filed a request before the Social Security Commission seeking an exemption for all “Catholic Charities, and all religious and charitable institutions and/or organizations, which are directly or indirectly, wholly or partially, operated by the Roman Catholic Archbishop of Manila.”

However, the Social Security Commission denied the request twice – first, after the commission’s legal staff recommended it, and second, after a request for reconsideration was thumbed down. The case went up to the Supreme Court (SC).

In its 1961 decision, the SC sided with the Social Security Commission and affirmed that religious organizations are covered by the social security law. The High Court also explicitly stated that SSS funds are not owned by the public, nor by the state.

In the petition, the Church argued that it is prohibited for public funds be used for the benefit or support of any priest presently active under the Roman Catholic Church. If public funds were used for the benefit of priests, it could be seen as an ostensible promotion by the state of a particular religion. However, the SC said that social security funds are not public or owned by the state so they can be used for members of the clergy.

“The funds contributed to the System created by the law are not public funds, but funds belonging to the members which are merely held in trust by the Government. At any rate, assuming that said funds are impressed with the character of public funds, their payment as retirement death or disability benefits would not constitute a violation of the cited provisions of the Constitution, since such payment shall be made to the priest not because he is a priest but because he is an employee,” the SC said.

In another decision dated July 11, 2002, the SC once again reiterated that SSS contributions are from the workers’ money “pooled into one enormous trust fund.”

“THE FUNDS contributed to the Social Security System (SSS) are not only imbued with public interest, they are part and parcel of the fruits of the workers’ labors pooled into one enormous trust fund under the administration of the System designed to insure against the vicissitudes and hazards of their working lives,” the High Court said in its decision on SSS vs. Commission on Audit.

The funds are owned by workers, the SC said: “In a very real sense, the trust funds are the workers’ property which they could turn to when necessity beckons and are thus more personal to them than the taxes they pay.”

The SC added that strict scrutiny of the “charges” against the SSS funds are proper “to keep [them] intact and viable in the interest of enhancing the welfare of their true and ultimate beneficiaries.” Meanwhile, a 2013 ruling by the SC reiterated that the Government Service Insurance System (GSIS) is a social insurance entity created under Commonwealth Act No. 186. It has the responsibility to provide and administer pension funds of government employees.

Section 34 of Republic Act No. 8291 or The Government Service Insurance System Act of 1997 also states that “the funds of the GSIS shall not be used for purposes other than what are provided for under this Act.”

The same section also mentions that no part of the GSIS fund shall be received by the national government’s general fund.

“Moreover, no portion of the funds of the GSIS or income thereof shall accrue to the General Fund of the national government and its political subdivisions, instrumentalities and other agencies including government-owned and controlled corporations except as may be allowed under this Act,” says the law.

Retired SC senior associate justice Antonio Carpio had expressed an opinion reiterating that SSS and GSIS funds are owned by their members.

Carpio said SSS and GSIS funds cannot be used for non-members of the systems, adding that it is unconstitutional to take private property for public use.

“The income of the Maharlika Sovereign Wealth Fund is for the benefit of all Filipinos, including non-SSS and non-GSIS members. The law cannot give the income from SSS and GSIS funds to non-members who did not contribute to the funds. This is taking of private property for a public purpose without just compensation, which is unconstitutional.”

He added: “So, investing the members’ contribution so that it would benefit non-members as well is clearly illegal. Using private property for a public purpose without just compensation is illegal and unconstitutional.” – Rappler.com