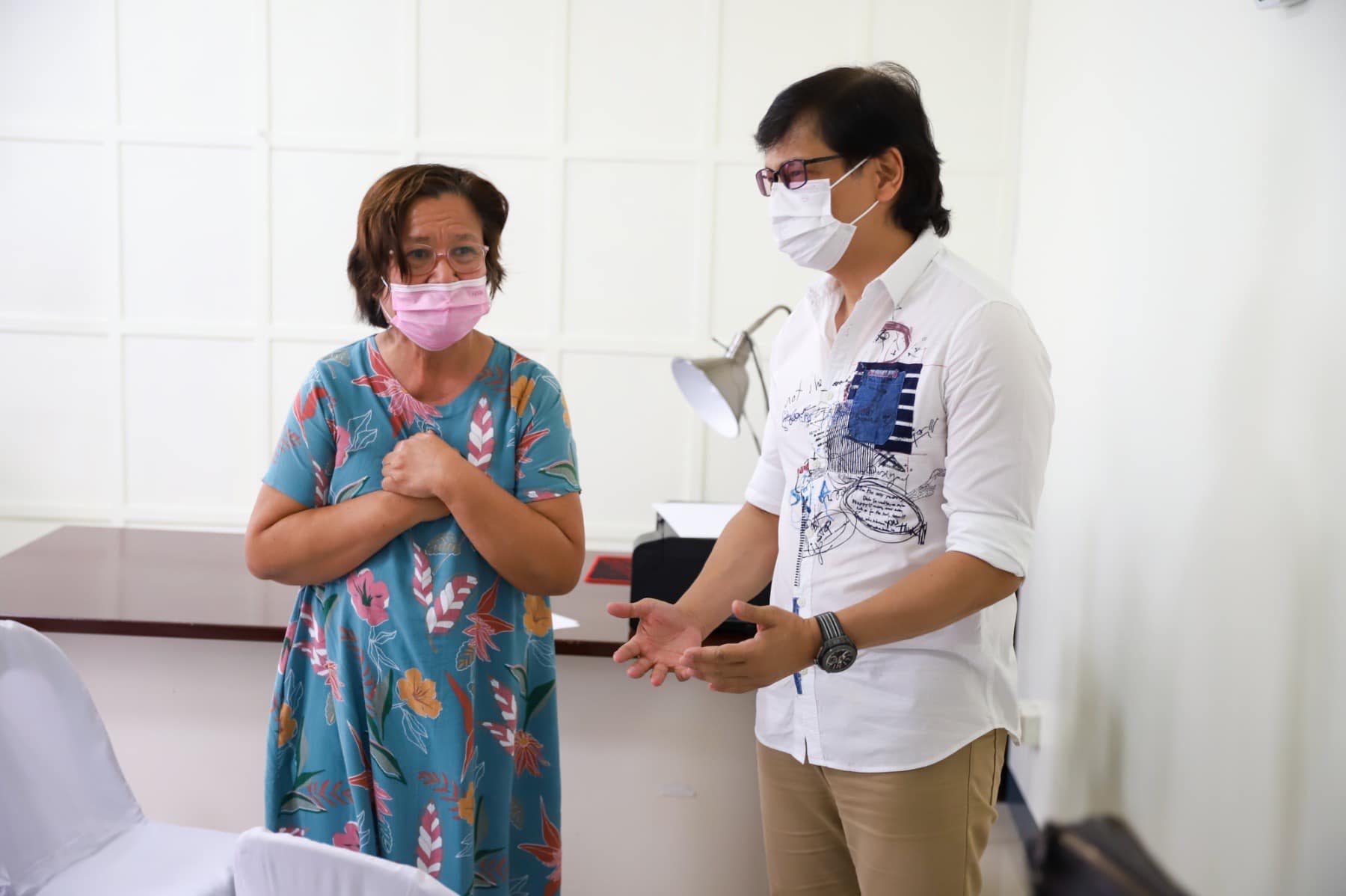 “Tested negative of COVID-19 virus, I had to undergo an RT-PCR test yesterday afternoon, given my exposure to Sec. Benhur Abalos who tested positive after he checked on me last Sunday in the aftermath of the hostage-taking incident,” De Lima said in a statement.

After De Lima survived the hostage-taking inside the Philippine National Police Custodial Center on Sunday where she was nearly killed, Abalos paid her a visit. However on Monday, the interior chief announced that he tested positive for the virus.

The former senator had a hearing originally set on Monday for one of her alleged drug cases. But due to her exposure to Abalos, Deputy City Prosecutor Darwin Cañete and Senior Deputy Assistant City Prosecutor Rudy Ricamora Jr. moved to suspend the hearing due to health considerations.

“Consequently, even when everybody was around — all the accused, defense counsels, Panel of Prosecutors and the Prosecution witness, Herbert Colangco, who was then set for cross-examination — the Judge had no choice but to cancel and reset the hearing, to safeguard everyone’s health, including that of the court personnel, and in observance of existing health protocols,” De Lima said.

De Lima added she is currently confined inside the PNP General Hospital.

“I’m now confined at the PNPGH for further monitoring and tests due to lingering chest pains as a result of the constant pressing by the hostage-taker of the sharp weapon on my chest just beside the heart.” De Lima’s hostage-taking was perpetrated by alleged sub-leader of local terrorist group Abu Sayyaf, Feliciano Sulayao Jr. It happened after Sulayao and his companions, Idang Susukan and Arnel Cabintoy, attempted to escape from the detention facility.

De Lima, after her ordeal, said she thought she would not come out alive. The incident also renewed calls for her release.

The former senator has been detained for over five years for alleged drug charges, which she dubbed “trumped up.” To date, De Lima has been acquitted in one of three conspiracy to commit drug trading charges against her. – Rappler.com