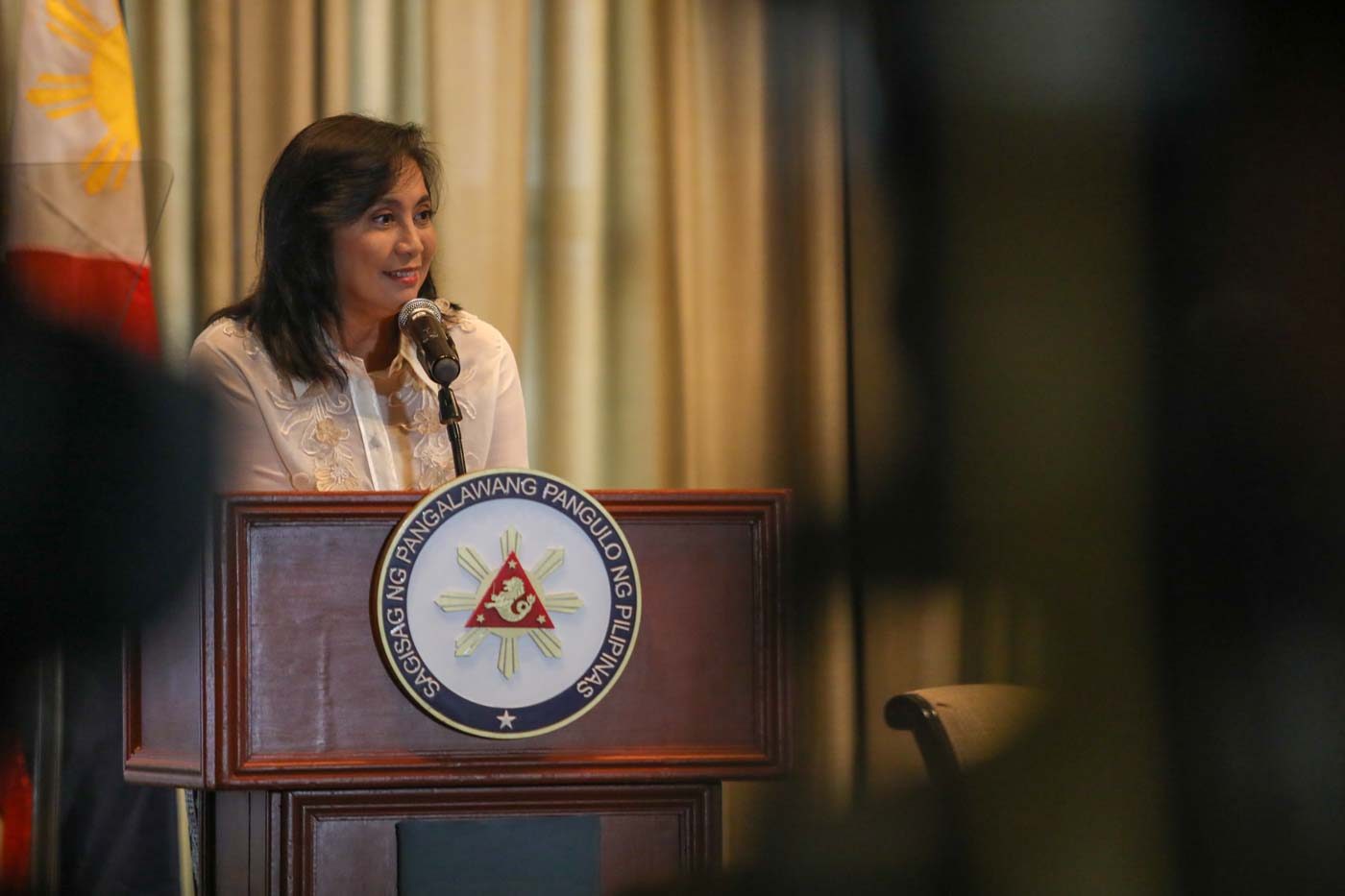 OPPOSITION LEADER. Vice President Leni Robredo speaks before members of the Foreign Correspondents Association of the Philippines at The Peninsula Manila in Makati City on January 30, 2020.

The office of Vice President Leni Robredo, the Philippine opposition leader who has been praised for her efficient pandemic response programs, is proposing P713.41 in the 2022 national budget.

Robredo’s chief of staff Undersecretary Philip Dy told Rappler the Office of the Vice President (OVP) initially asked for a P703.56-million budget for 2022, but the Department of Budget and Management (DBM) set a ceiling of P702.04 million.

This is the same amount found at the National Expenditure Program or the proposed P5.024-trillion budget for 2022, which Congress is now scrutinizing.

The amount, however, excludes the government’s share in the retirement and life insurance premium (RLIP) of OVP employees.  If the RLIP is taken into account, the OVP’s total budget proposal for 2022 is at P713.41 million. This was the total budget proposal cited by Robredo herself when she faced the House committee on appropriations on Friday, September 10.

Legislators immediately approved the OVP’s proposed budget in 2022 on Friday, with her allies promising to increase the OVP’s funds to at least P1 billion once its budget is brought before the House plenary for debates and amendments.

The DBM sets a budget ceiling depending on the absorptive capacity or the ability of a government agency in fully spending its funds every year.

Robredo’s office usually receives one of the lowest allocations from the executive branch led by President Rodrigo Duterte. But in the past years, legislators have crossed party lines in realigning more funds to the OVP owing to its track record of running commendable programs despite a measly annual budget.

In its 2022 budget proposal, the OVP is hoping to allot almost half of its total funds or P357.602 million to its financial assistance and subsidies under Robredo’s flagship anti-poverty program Angat Buhay.

This allocation is part of the P558.8 million being proposed for the OVP’s maintenance and other operating expenses.

In Angat Buhay, Robredo links up private companies and non-governmental organizations with communities in need.

It has also become the vehicle that allowed the Vice President to run various relief drives and other initiatives since the start of the pandemic, including free shuttle services for frontliners, swab tests in areas with high COVID-19 cases, and teleconsultation services to help ease the burden on hospitals overwhelmed by the recent surge in infections.

“For the 2022 budget, as with previous OVP budgets, there is no specific item for Angat Buhay as this is mostly privately supported. But we have a recommended budget of P357.602 million for subsidies, which is what is used for all types of direct assistance that our office provides such as medical and burial assistance, livelihood grants, and some of the COVID-19 responsive initiatives we run, including providing food relief to areas affected by lockdowns,” said Dy.

The OVP is also seeking to set aside P139.58 million for its personnel services and P3.67 million for capital outlay in 2022.

Robredo’s latest initiative is the Vaccine Express drive-through vaccination project, which aims to bring COVID-19 vaccines to target sectors and communities. Local government units provide the vaccine doses, then the OVP takes care of the rest.

The Vice President is still discerning if she would gun for the presidency in the high-stakes 2022 polls that would elect Duterte’s successor. Though she has dismal numbers so far, polls still indicate Robredo is the most viable standard-bearer for the anti-Duterte forces. – Rappler.com