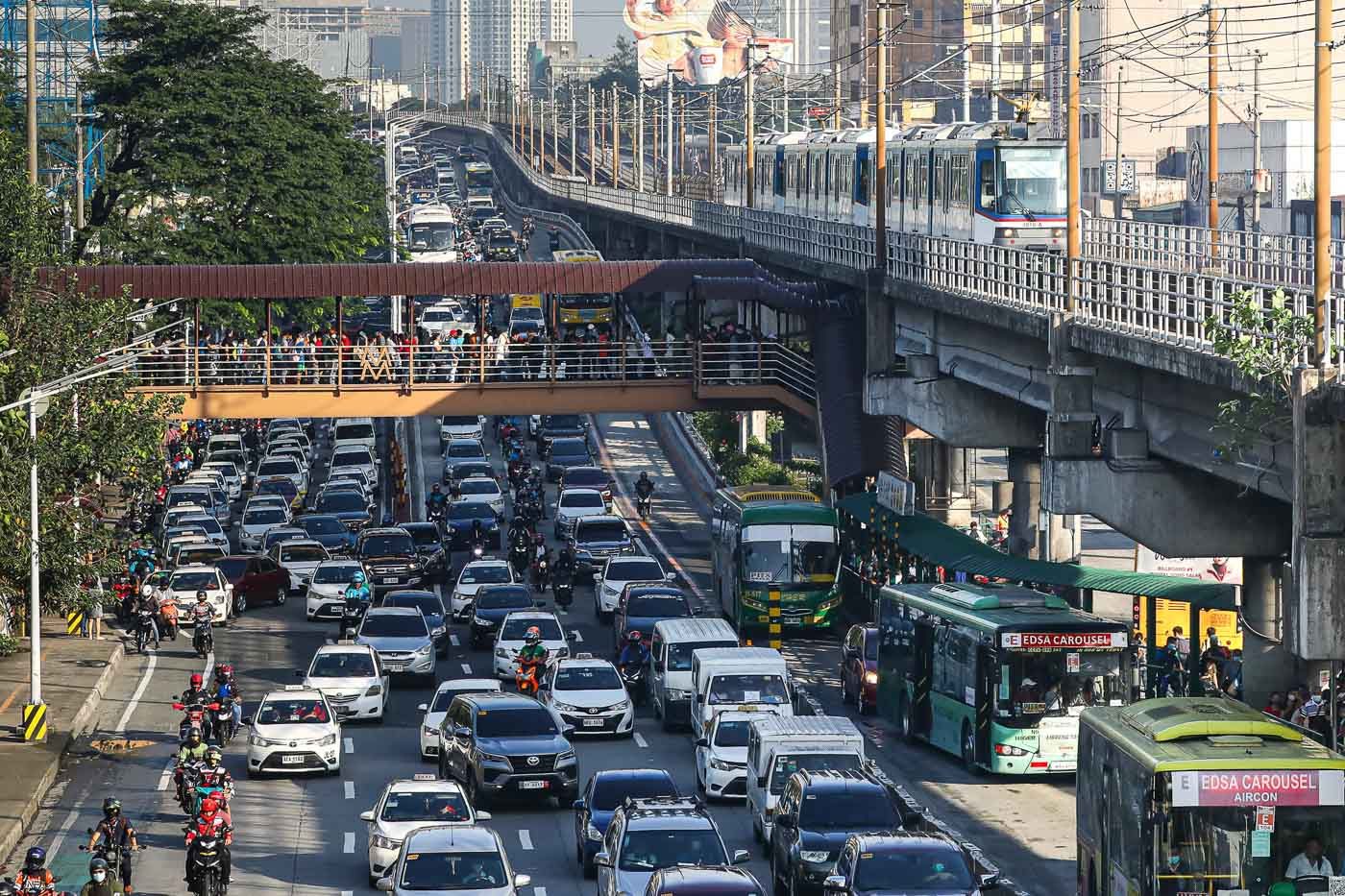 TRAFFIC. Commuters and motorist back from the Undas long weekend break stand in a long queue to catch a ride to work at the Edsa bus carousel as heavy traffic builds up during the morning rush hour on November 2, 2022.

MANILA, Philippines – During the continuation of the oral arguments against the no contact apprehension policy (NCAP) on Tuesday, January 24, Supreme Court (SC) Senior Associate Justice Marvic Leonen asked whether it will result in an unjust “transfer of wealth.”

“…when you do away with all law enforcers, this is retrenchment of a lot of people and lots of families will not have their income. Where does the income go? It goes to Qpax. It goes to the owner of Qpax,” Leonen said, referring to Qpax Traffic Systems, with whom various local government units (LGUs) in Metro Manila have existing partnerships or deals for traffic enforcement solutions.

Through the NCAP, the Metropolitan Manila Development Authority (MMDA) and some LGUs in the country’s capital, aim to enforce traffic rules using traffic management technology. This includes advanced camera systems operated by computer vision, a field of artificial intelligence.

“And when they are waived, it’s still the red light. And they are caught then they will have to go and experience the same thing that a justice of the Supreme Court experiences, except they are not justices, correct? So this is a wealth transfer, correct?” he said, adding that public utility vehicles like jeepneys and tricycles are the ones that use roads heavily.

Leonen was referring to the penalties being collected from the supposed violators of the NCAP.

During the oral arguments, Solicitor General Menardo Guevarra, who represents the government, particularly the MMDA and the Land Transportation Office (LTO), said the money being collected goes to a special trust fund. Portions of the collections go to the LGU and the service provider to fund the NCAP.

He also pointed out that the use of technology in enforcing traffic rules could be discriminatory and that an “audit of algorithms” and biases of systems might be necessary as these could adversely affect motorists and drivers on the road. It is wrong to assume that just because a system is computerized, it is impartial, Leonen pointed out.

The SC issued a temporary restraining order in August 2022, halting the implementation of the policy. The order stemmed from the petitions filed before the High Court, assailing the NCAP’s constitutionality.

Leonen, during his interpellation, also noted that there are also other ways to prevent corruption using technology in the event the NCAP was declared unconstitutional. The senior associate justice said among the possible solutions could be turning the cameras from the motorists to the law enforcers. 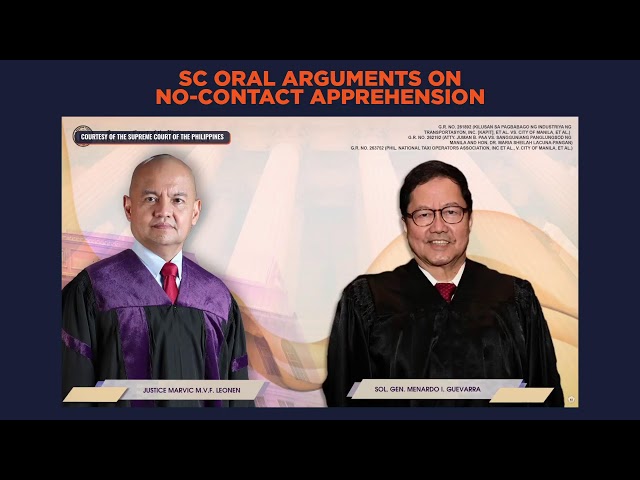 “If law enforcers had body cams they were mandated by ordinance, by MMDA, or by law to wear body cams and not to put them off at any time that they are on duty, otherwise, they will have committed a crime. We would focus on who it is that is committing corruption, rather than burdening our poor taxi drivers who ply our routes every day, go through traffic every day,” he explained.

Leonen added: “In other words, what I’m saying is, that’s not a legal argument but I’m just saying there are other approaches where if we declare this as unconstitutional, they can use technology in order to also prevent the bad.”

The continuation of the oral arguments was held more than a month since the first one was held on December 6, 2022.

Leonen asked one of the petitioners, lawyer Juman Paa, if he thought he was “profiled” by the NCAP system. The senior associate justice proceeded in narrating how he was profiled in every airport he went to when he traveled overseas right after the 9/11 incident.

“In the United States, the use of technology is now being challenged because it racially profiles. Based on crimes that are reported, when you passed on that data of earlier offenses being committed by those people of color, rather than those without color. And later on, what comes out of the black box is really that kind of bias,” Leonen said.

During his interpellation of lawyer Carlo Lopez Austria, representative of the Quezon City local government, Leonen also asked about the system’s bias. The senior associate justice asked if the LGU assumed that because the NCAP’s system is computerized, “it is impartial.”

Austria responded: “I believe that was the sentiment, your honor.”

Leonen then said the LGU’s assumption was wrong because the system’s judgment will be based on the information provided to the system itself. “[It is] completely wrong even if you look at all the literature…. It depends on the information already inside, put in by the contractor, the basis for distinguishing a number 1, from a number 2, whether you take the plate number first, or the conduction sticker, correct?”

Comparing the NCAP policy to the traditional traffic system that uses the “human factor,” Leonen said even the technology can be “biased.”

“Even technology can be biased. Even the algorithm can be biased. So what do we have now? So we have the camera seeing, instead of a police seeing, the violation. We have the computer researching on who it is, rather than a police reporting to the LTO and looking for it, correct?”

During the oral arguments, other justices also raised various points on the contested traffic policy.

Associate Justice Japar Dimaampao raised questions about data privacy, particularly which entity will handle the data. Guevarra clarified that only the LTO has access to the data.

The question whether the penalties under NCAP and ordinances related to it are penal in nature was also raised. Guevarra, in defense, said the penalties are only civil and/or administrative in nature.

Chief Justice Alexander Gesmundo, at the end of the second round of oral arguments, said the parties involved are required to submit their respective memoranda within 30 days, non-extendible, starting Tuesday. – Rappler.com