Metro Manila, Cordillera region, 6 other areas under GCQ in February SAFETY MEASURES. People wearing face masks and face shields as protection against the coronavirus queue at a bus stop in Quezon City, on December 23, 2020. 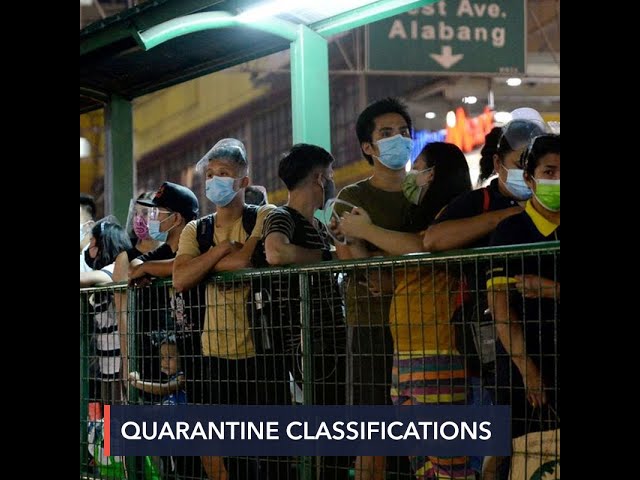 The entire region of Cordillera has been placed under general community quarantine (GCQ) for the month of February, joining urban hubs like Metro Manila and Davao City, Malacañang announced on Friday, January 29.

The new quarantine classifications have been approved by President Rodrigo Duterte.

The following areas will be under GCQ for the entire month of February:

The rest of the country will be under the least restrictive classification, modified general community quarantine (MGCQ). This includes Iloilo and Isabela, which had been under GCQ in January.

The stricter quarantine classification imposed on the Cordillera region comes after the government and health experts had red-flagged rising cases there and a COVID-19 hospital bed utilization rate nearing moderate-risk level.

It was in Bontoc, an area in the Cordillera region, where 12 cases of the new UK virus variant were found, but the government is yet to confirm if the spike in transmissions is due to this new variant.

The quarantine classifications approved will be the rules in place in a month when the country’s first COVID-19 vaccines are expected to arrive. – Rappler.com