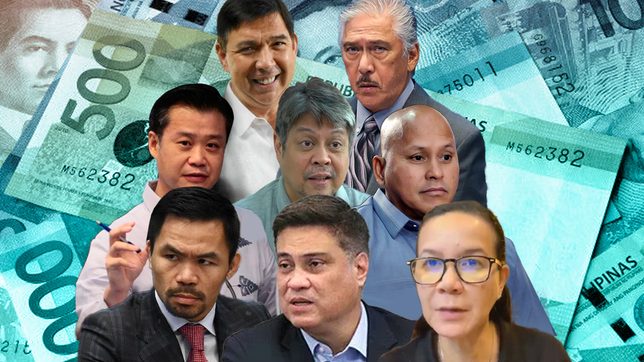 MANILA, Philippines – The Commission on Audit (COA) posted for the first time on its website a breakdown of the total expenses incurred by senators the past year.

The report, released Tuesday, December 14, shows the 24 senators having spent a combined P2.256 billion in 2020. State auditors released the list without any finding of irregularities.

The top spenders were eight senators who spent more than P100 million each:

The amounts represented their salaries, extraordinary and miscellaneous expenses, local and foreign travels of the senators and staff, staff salaries and benefits, consultancy fees, vehicles and equipment rental, meetings and conferences, and maintenance and operating expenses.

Senator Bong Go and Minority Leader Franklin Drilon spent the least, while the rest of the senators had the following total expenses in  2020:

Here are the senators’ combined totals for the different types of expenses: