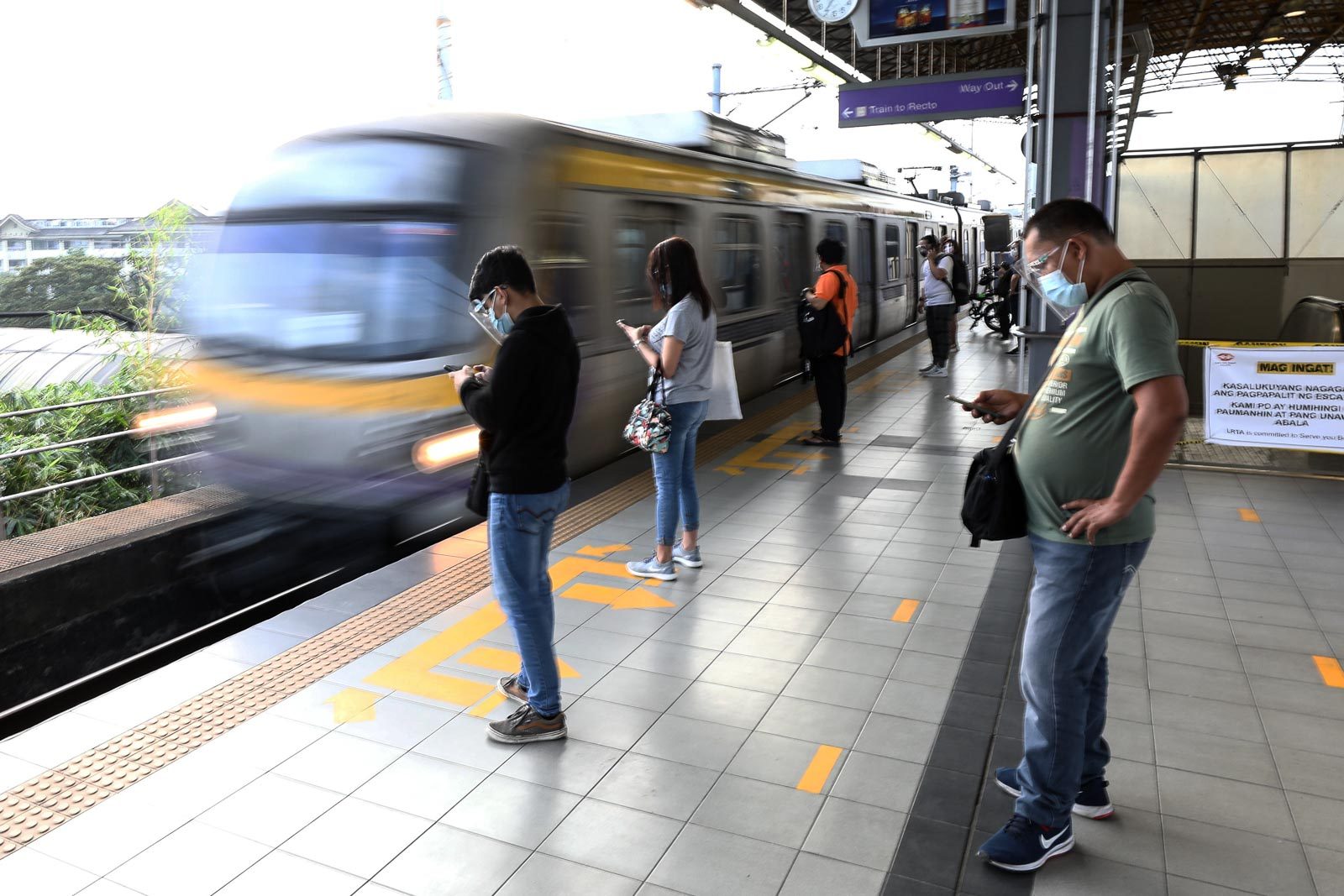 TRAIN LINE. Commuters queue at the LRT2 Santolan Station on January 22, 2021, as it reopens to the public after more than a year of repairs.

In an advisory posted on Twitter at 11:49 am, the LRTA attributed the suspension to a technical problem. It did not elaborate.

“LRT2 is currently implementing provisionary service due to a technical problem. Train services are available only from Cubao to Recto and Santolan to Antipolo station,” the LRTA said.

It later announced that as of 4:20 pm, the LRT2 had resumed full operations.

Operations from Anonas to Santolan resumed only in January 2021. – Rappler.com