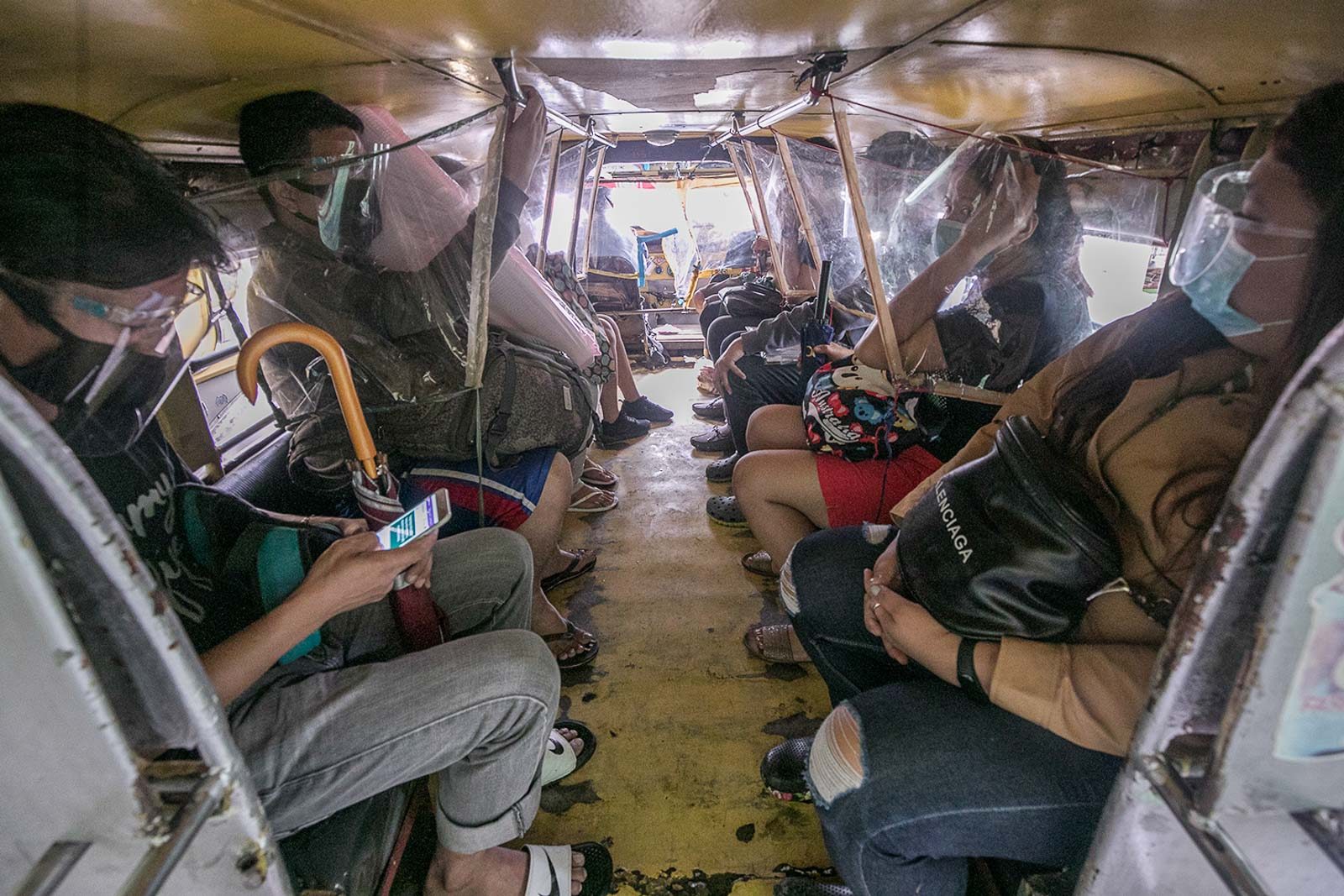 Facebook Twitter Copy URL
Copied
If the regulatory board's policy is to be followed, Executive Director Joel Bolano says the price hike should be at P1.26, for a total of P10.26 for the first 4 kilometers

The Land Transportation Franchising and Regulatory Board (LTFRB) will evaluate the possibility of a fare hike for jeepneys, amid the rising costs of fuel products and lower transport capacity.

During the Laging Handa briefing on Tuesday, October 12, LTFRB Executive Director Joel Bolano said that the agency has yet to receive an official petition on the matter, but it will “automatically” study the implications of a fare increase once the petition has been filed.

(We understand that fuel has been increasing but we also have to see if the passengers and the commuters can deal with it, given that we are still in a pandemic.)

In 2019, the LTFRB set a fare adjustment formula to account for fuel pump prices. This supposedly removes the need for transport groups to file for a petition when seeking fare increases.

According to Bolano, there should be a P1.26 increase if the formula is to be followed. With the current minimum fare, the total should be at P10.26 for the first four kilometers.

Transport group Pasang Masda earlier said it might seek for a P2 to P3 jeepney fare hike, unless the government either gives drivers fuel subsidy or allows them to carry more passengers.

Bolano on Tuesday did not categorically say that the regulatory board will provide fuel subsidy but he said that this program, which was implemented in 2018 and in 2019, already has been proven to work.

(The beneficiaries, the operators, they already have cash cards from Landbank. It would be faster if we implement this again. The challenges are, first, others did not use this for fuel. Some of them used the money for other purposes. Second, there were requests to increase the gas stations where they can use the card.)

On the request of Pasang Masda to increase the capacity of public utility vehicles, Bolano deferred to the Inter-Agency Task Force. In 2020, the Department of Transportation’s decision to reduce social distancing in public transport was met with criticism by health experts and the public.

Bolano said the LTFRB can only recommend the matter to the Department of Transportation, which represents the agency at the IATF.

In the past seven weeks, diesel price increases reached a total of P7.15.

The Department of Energy has said that it could not do anything with the increasing pump prices as it was due to increasing barrel prices in the global market.

US crude benchmark West Texas Intermediate hit a high of over $80 per barrel on Friday, October 8, the first time since November 2014 according to reports. The rallying prices were attributed to demand recovery, following the economic slump in 2020. – Rappler.com