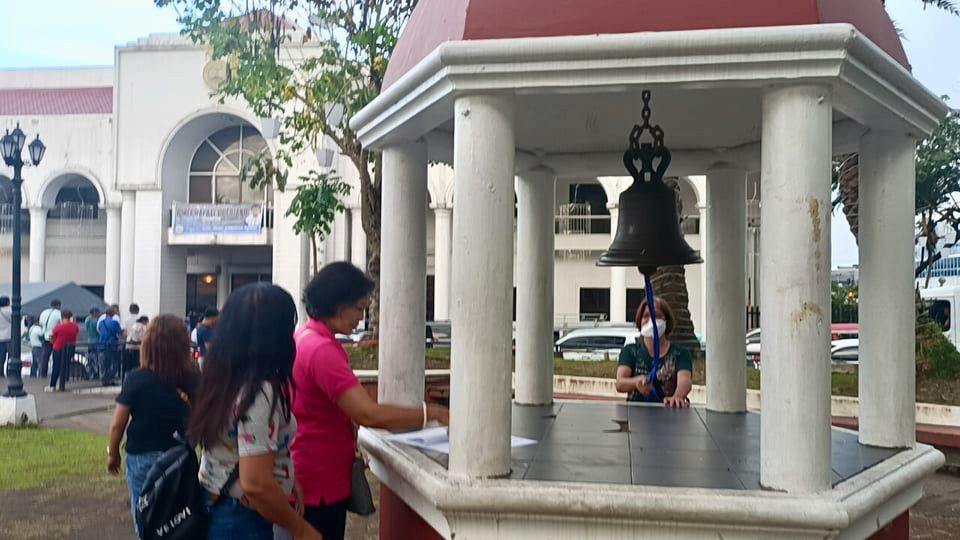 Facebook Twitter Copy URL
Copied
While hoping for the best, Rosal says he will step down if the Supreme Court does not issue a TRO and calls on Albayanos to respect the legal process

LEGAZPI, Philippines – Residents of Albay province lined up to ring the historic Liberty bell in this city’s Peñaranda Park late Monday afternoon, November 28, in a last-ditch effort to appeal a Supreme Court temporary restraining order (TRO) on the Commission on Election (Comelec) ruling disqualifying Governor Noel E. Rosal as candidate in the May 2022 polls.

“For the common good of the Albayanos and justice for governor Noel Rosal,” said Cynthia Bellen, a government worker from Sto. Domingo town, before she rang the bell thrice. 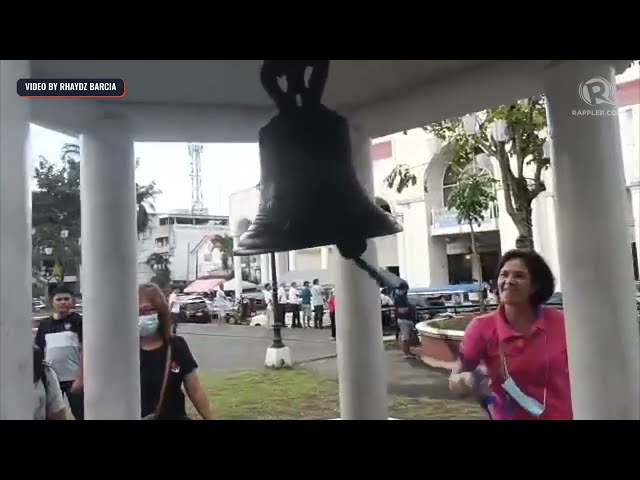 “Whenever oppression knocks at your door, feel free to ring the bell,” exhorts the inscription on the bell. Peñaranda Park, also Albay’s Freedom Park, is surrounded by the provincial capitol, the city hall and St. Gregory the Great Cathedral.

“[Tuesday] is crucial,” said Rosal who arrived on Monday after filing his TRO petition on Friday, November 25.

The governor thanked his supporters for the weekend prayer vigil, which followed the Comelec’s issuance on the same day of its final and executory order.

He said the Supreme Court will convene November 29 in an en banc session.

“The Comelec issued a final notice already, so under the rule it will be transmitted to the DILG. They filed a motion to execute. So, meaning, anytime it will be implemented,” he said at a press briefing. 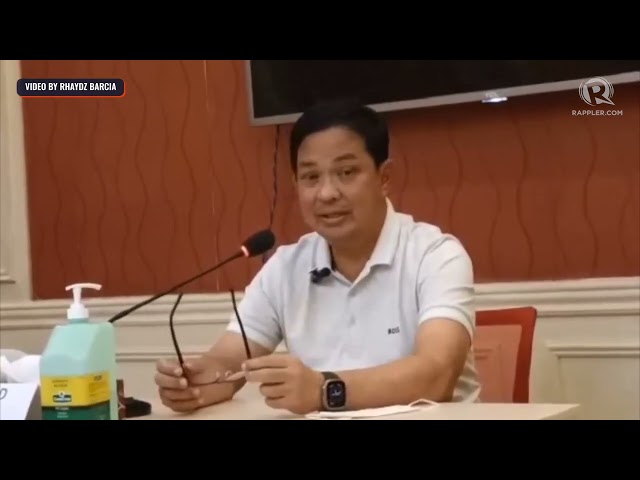 Asked by Rappler what he would do if the High Court does not issue a TRO, Rosal said he would step down.

He then called on his supporters to respect the High Court decision and move on.

“We will abide by the law and step down if there’s no TRO from the Supreme Court. I hope and I’m calling on the Albayanos to respect whatever the decision may be of the High Court. But I’m not losing hope,” Rosal told Rappler.

The governor’s supporters met him at the Bicol International Airport in Daraga. Hundreds more were at the capitol grounds, where some had camped out over the weekend. Rosal said that he was not given ample time to file the TRO as the Comelec en banc decision issued on Friday before 5 pm was sent to him through email.

“We have been given a mandate by the people. The decision of the Commission on Elections en banc was released on Friday at about 5 pm. We’ve only been given five days to file the TRO,” he said.

“Unfortunately, their decision was sent to me through email on Friday. We don’t have ample time to prepare because of the weekend and the Supreme Court was on recess,” he said.

“Masyado tayong ginipit,” the governor stressed. (They deprived us of time.)

The original 1st Division ruling said Rosal committed an election offense under Section 261 (v) of the Omnibus Election Code, when he disbursed public funds within 45 days before a regular election. 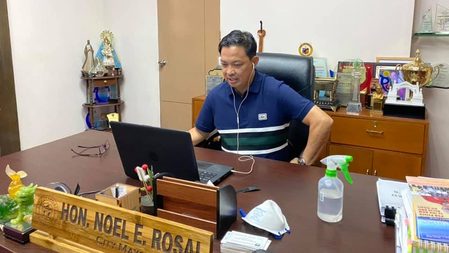