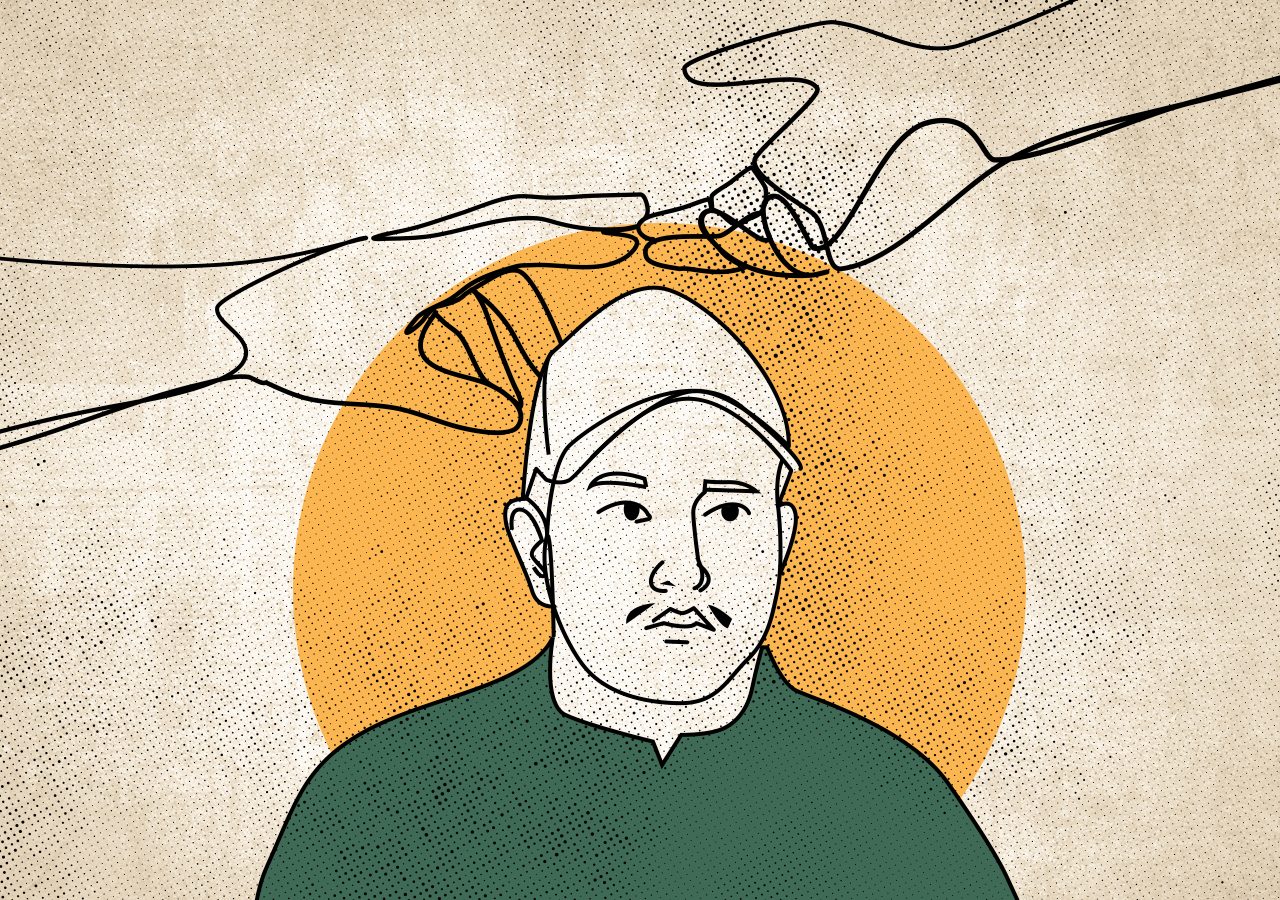 Facebook Twitter Copy URL
Copied
As a member of a family of rescuers, Ona Calayag also dreamed of serving people and saving lives

MANILA, Philippines – Since working as a disaster response volunteer in 2021, Narciso “Ona” Calayag had set his eyes on becoming an official member of Bulacan’s rescue team. He was about to attain that dream – a permanent post – when a flash flood struck the town of San Miguel on September 26, 2022.

Calayag died with four other volunteers while trying to save trapped residents during the height of Severe Tropical Storm Paeng (Nalgae).

Calayag had always looked up to his father, a firefighter, and made up his mind to follow in his footsteps, serving people and saving lives.

Emergencies. Dangers. Risks. He knew these things by heart in the same way he had become all too familiar with the sight of boots, hats, and dark blue, orange, and camouflage uniforms in their home.

His eldest brother was a police officer and another older brother, Ferdy, was a firefighter. It seemed just natural for Calayag to aspire to be like them.

“He was inspired by what we do. He said that one day he would also wear a uniform. That’s what motivated him to join rescue,” Ferdy said in Filipino.

While waiting for a job vacancy at the Bulacan rescue team, Calayag joined the team as a volunteer. He had no salary but he took it upon himself to work regular hours.

“If his teammate was on a one duty-one day off schedule, he would be, too. If he clocked in at 7 am, he would do the same. If he went home at 7 pm, he would, too. Although he was only a volunteer, he enjoyed himself, that’s why he went to work like a regular employee,” Ferdy said in Filipino.

Calayag would always tell his brothers he only needed gasoline for his motorcycle to continue his volunteer rescue work. Being the youngest who was still unemployed, his brothers gave him an allowance. While working as a rescue volunteer, Calayag took care of their parents, too.

Saving people brought so much joy to Calayag. He would always tell his family stories after a rescue mission – like how he carried people and their possessions to safety.

Pursuit of a dream

Prior to his volunteer work, Calayag was a fire aide at the Malolos City Fire Station. He was transferred to the Malolos rescue team and was among those affected by the mass termination in 2018. He tried to look for other jobs, but could not stay long enough because his heart lay elsewhere: rescue missions.

He wanted to get into the Bulacan rescue team, but with no available job opening, he opted to volunteer sometime during the third quarter of 2021.

Calayag considered joining the provincial fire bureau, but joining that team posed a different challenge. Being a graduate of a non-license course with a degree in industrial technology, he needed to pass either the civil service or fire officer examination.

The 33-year-old Calayag had been taking the civil service examinations religiously since he was 22, but failed each time. Determined to realize his dream while continuing his volunteer work, he took the exam again in August 2022 (but again failed) and was scheduled to take the fire officer examination two months after.

According to Ferdy, Calayag was not supposed to go to the San Miguel mission. He was supposed to be at their parents’ home by 7 pm, but he chose to join the mission that was dispatched in the afternoon of September 25.

He only went home for a while to get his stuff and then left for the mission. Serving beyond their schedule in times of emergencies is normal for people who are in the rescue field – they move when people need help.

Being a family of rescuers, the Calayags were used to the routine of being sent to missions and coming home alive. The thought of losing a member during a rescue mission seemed far-fetched – until Ferdy saw a corpse wearing shoes that he had given his younger brother. The younger Calayag had wanted those shoes for a search and rescue training in Bataan.

Ferdy’s world crumbled when he saw the same shoes sticking out of the sheet that covered a corpse at the San Miguel funeral.

(He asked me to buy those shoes for him. So when I went to the funeral home, even with his face covered, I already knew it was him because of the shoes.)

Calayag’s death was especially painful for his brothers, who were both busy helping many other families as Paeng lashed at Central Luzon. The eldest brother was at the police station in Nueva Ecija while Ferdy was at the fire bureau.

(Because of the strong winds, we were all deployed to safeguard other families. But at the time, it was our very own brother who needed to be guarded. It was really painful for us because we have rescued so many people but we failed to rescue our own brother.)

To add to the pain, they found out that their brother was so close to attaining his dream of being a regular at the Bulacan rescue team. Prior to the disaster, Calayag’s employment papers were already being processed at the provincial office.

No words, praise, recognition, or donation can compensate for the sorrow brought by their brother’s demise, Ferdy said.

Calayag’s family could only call on lawmakers to provide rescuers like him – like them – with better compensation.

(Lawmakers should really take a close look at the job of rescuers – they should get adequate benefits. It may seem like rescuers perform simple tasks, but once they’re in the field, you can’t predict what would happen on the ground.)

Like what happened to their brother, Ona, rescuers can be gone in an instant, when least expected. – Rappler.com

Here’s a list of organizations through which you can donate to help the communities affected by Paeng.