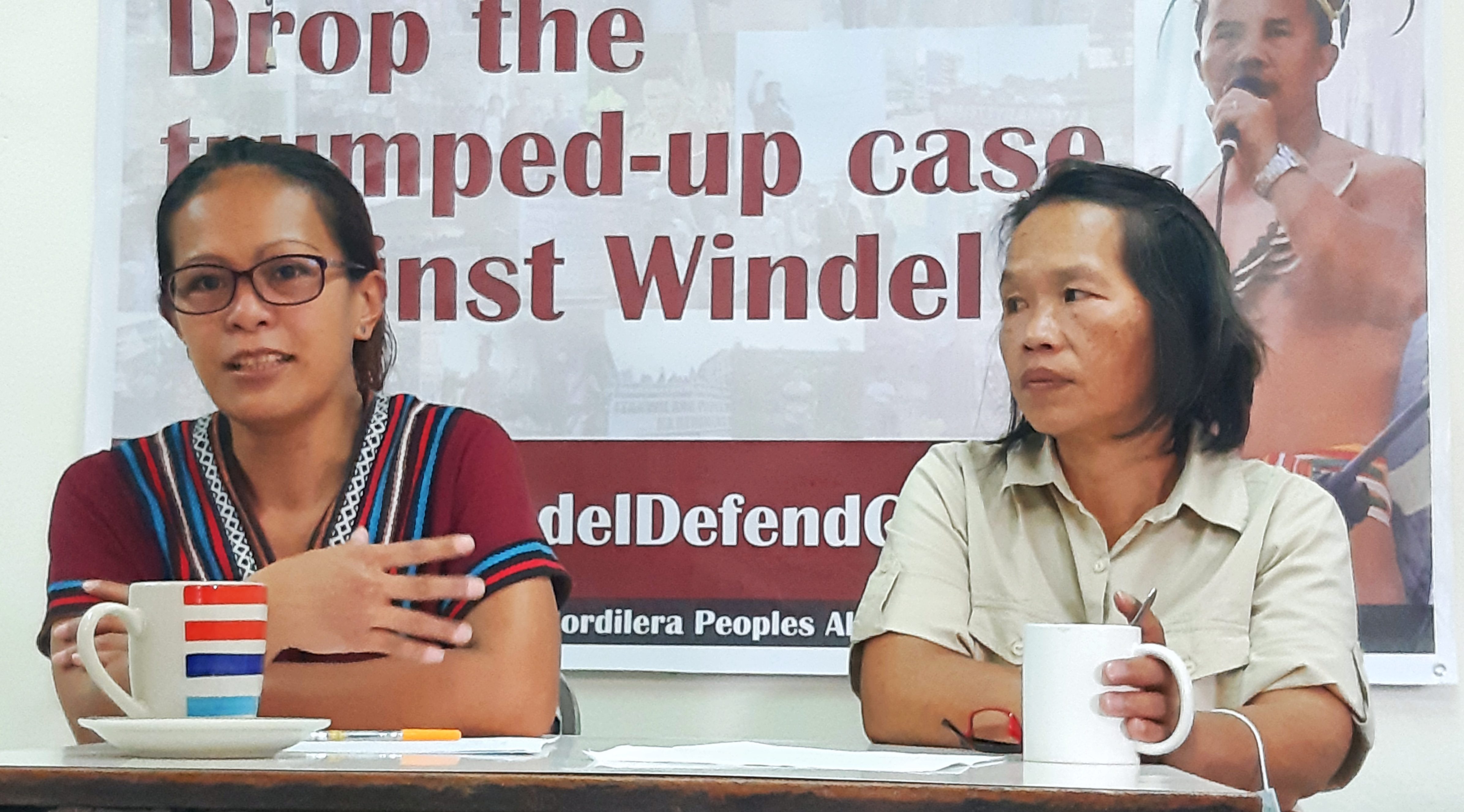 GONE. The Anti-Chico Dam Heroes Monument in Kalinga has been dismantled

Facebook Twitter Copy URL
Copied
'We strongly condemn this dirty, cowardly operation carried out in the dark meant to blacken our memory of Macliing Dulag and other Anti-Chico dam heroes,' says Gabriela

Various groups have condemned the dismantling of a monument in Kalinga built in 2017 to honor the heroes of the anti-Chico Dam struggle.

Hooded persons were reportedly seen around the Anti-Chico Dam Heroes Monument in Bugnay, Tinglayan, Kalinga, nights before it was taken down.
Bugnay residents recounted that on the morning of January 7, the metal panel bearing the portraits of Macliing Dulag, Lumbaya Gayudan, and Pedro Dungoc were dismantled.

The Cordillera Peoples Alliance (CPA) said that Bugnay residents also saw hooded men last December 12, who chipped at, and took away, the marble plaque bearing the names of the heroes of the anti-Chico Dam struggle which laid the foundation for the anti-Marcos movement in the Cordillera in the 1970s.

Soldiers assassinated Dulag in his Bugnay house on April 24, 1980. His death anniversary has been celebrated by the Cordillera People’s Alliance (CPA) and allied groups as “Cordillera Day.”

On January 13, Gabriela party list filed House Resolution No. 1378 calling for a probe into the destruction of the monument.  Gabriela condemned the move as a “cowardly operation.”

“We strongly condemn this dirty, cowardly operation carried out in the dark meant to blacken our memory of Macliing Dulag and other anti-Chico Dam heroes,” it added.

Gabriela said the destruction of the monument came at a time when there are efforts in Congress to allow foreigners to own land in the country through constitutional amendments.

“Unfortunately, this comes at a time when we need to internalize the need to fight for our ancestral lands amid attempts to allow 100% foreign ownership of land under charter change (Cha-Cha). This also coincides with the intensified attacks on human rights and environmental advocates in the Cordillera region who are fighting destructive mining operations and dams,” Gabriela said.

The CPA said that the police tagged members of the Betwagan tribe in Sadanga, Mountain Province, as the ones who took down the monument panels.  Betwagan has an unresolved tribal conflict with the Butbut tribe of Bugnay.

CPA called PNP’s move to blame the Betwagan tribe for the incident as one “with no trace of guilt or shame.”

The Bugnay tribe later filed a resolution pointing to the Tinglayan police as the culprit in the vandalism of the shrine and sent it to the Upper Kalinga District Engineering Office (UKDEO).

The Bugnay resolution also said that they were not informed of the planned demolition.

The provincial advisory committee of the Kalinga Police Office had been asking for the removal of the shrine since October 2020, saying that it was along the right of way of the national road.

A petition calling for the recall of the demolition order has been signed by more than 7.5000 people.

“It has been more than 3 years since the monument was built but it is only now that UKDEO and the police are raising the issue of encroachment and using this as an excuse to dismantle the monument,” the petition said.

“The DPWH should have stopped the construction from the start if indeed there was a violation. The people of Bugnay including Macliing Dulag’s family had welcomed the project and even helped build the monument on their ancestral land,” it added.

The heroism of Dulag and the others were for naught, however.