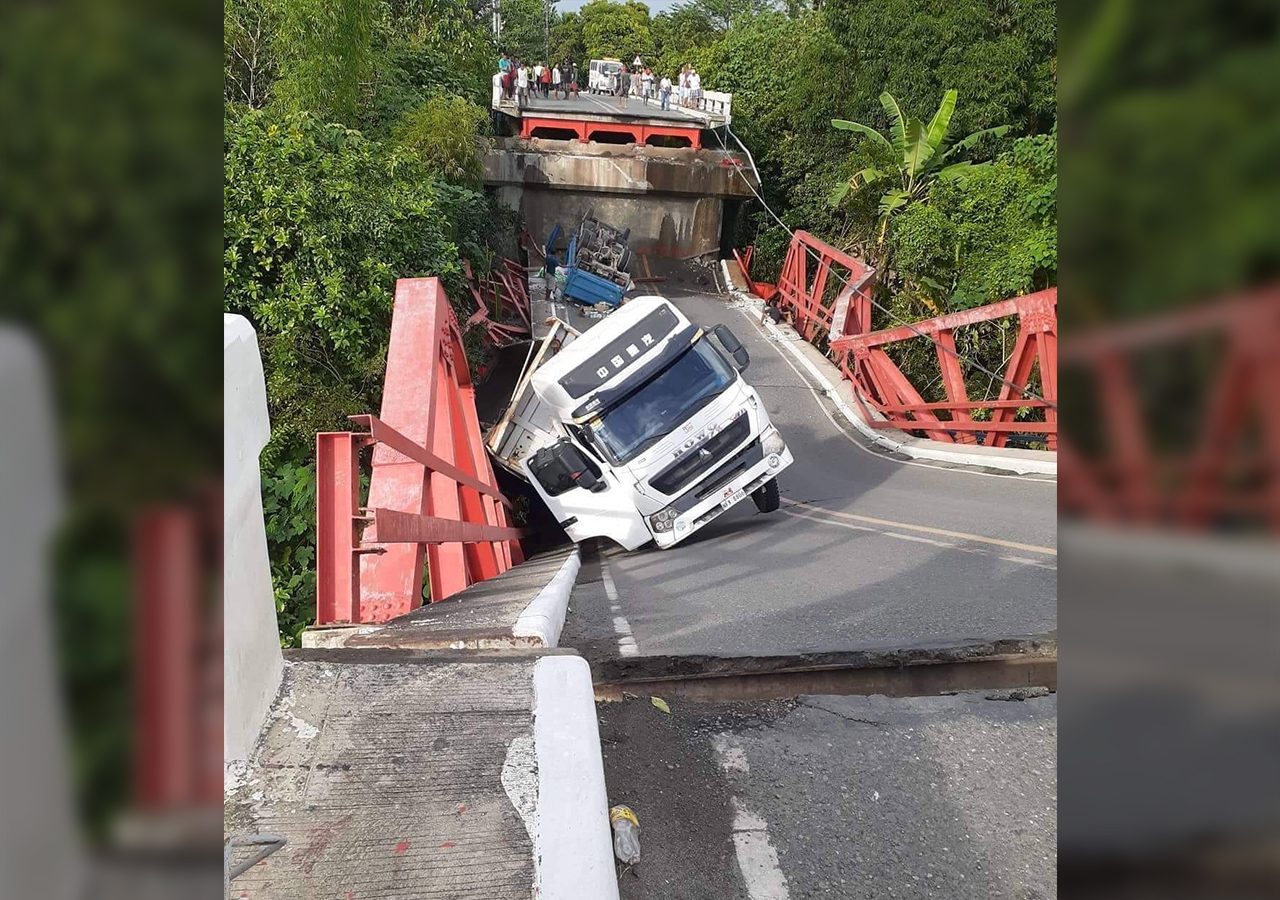 COLLAPSE. Two trucks lie on their sides after the Carlos P. Romulo bridge in Barangay Wawa, Bayambang town, collapsed on October 19. Four individuals have been sent to the local RHU.

Facebook Twitter Copy URL
Copied
The Bayambang local government is discussing alternate routes with the Department of Public Works and Highways, while experts start a probe

CCTV footage recovered by authorities revealed that the dump truck and elf truck flipped during the bridge collapse.

The MDRRMO said four people were rushed to the hospital with head injuries. The Bayambang Rural Health Unit said all the rescued passengers were safe.

A landmark because of its bright red color, the bridge traverses the Agno River, which separates Barangay Wawa from Barangay San Vicente.

Investigation into the cause of the bridge’s collapse is ongoing.

The town’s official website said officials were conferring with the Department of Public Works and Highways and other agencies to find alternate routes for buses, trucks, and other private vehicles.

Quoting the DOST-PAGASA, the province said late afternoon to evening waves would reach 3.4 to 5 meters in height, while wind strength would be between 52 to 69 kilometers per hour. – Rappler.com