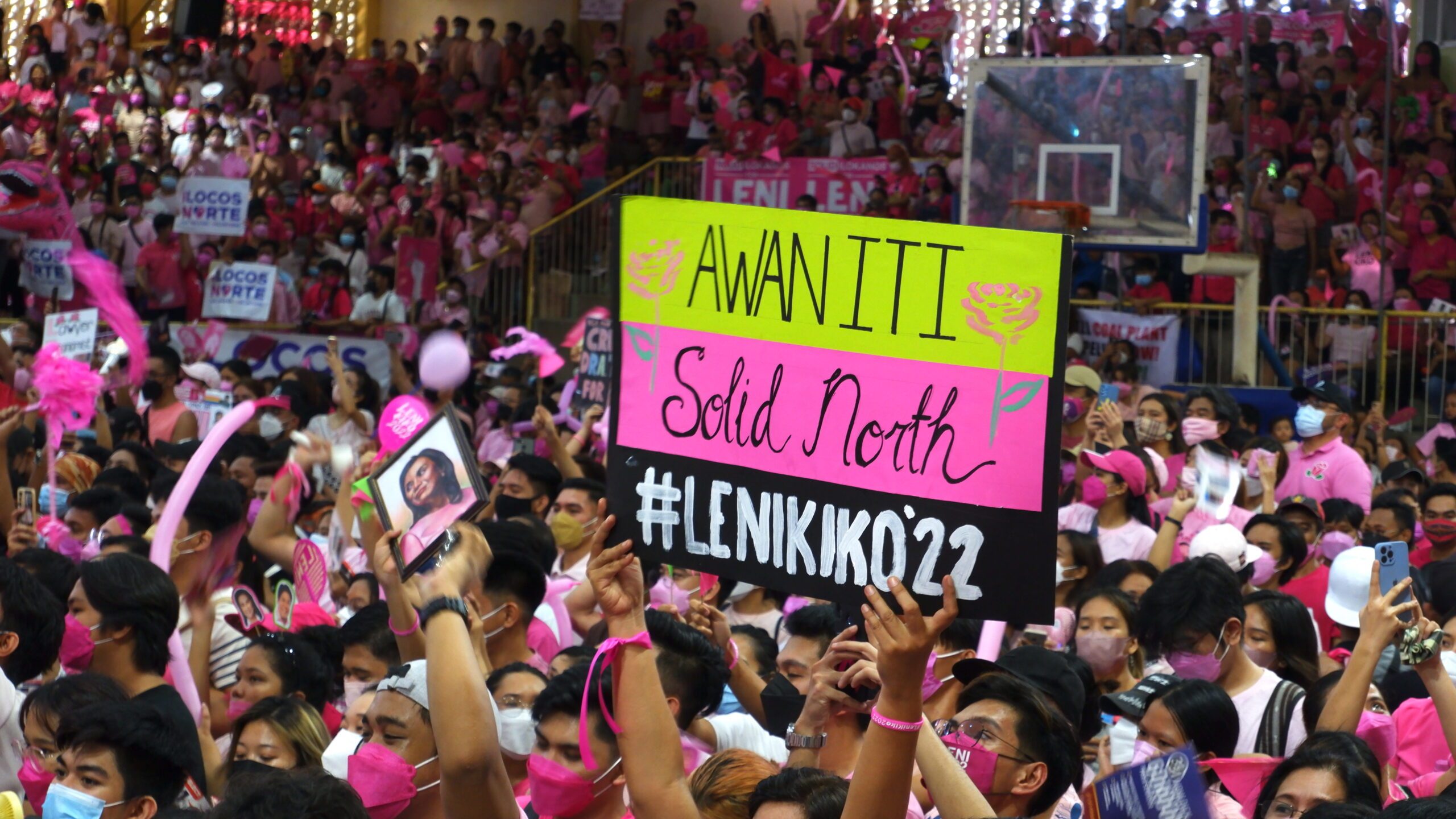 LA UNION, Philippines – At a glance, La Union is Marcos country, with posters of presidential candidate Bongbong Marcos and his running mate Davao Mayor Sara Duterte lining the national highway that cuts through most of the province’s towns.

It’s a picture of the so-called Solid North – the electoral stronghold that the dictator’s son holds in the northern Philippine provinces.

But on Tuesday, April 12, La Union locals and some from neighboring provinces cried “Awan iti Solid North” – “There is no Solid North” – as they attended a campaign rally for presidential candidate Vice President Leni Robredo and her running mate Senator Kiko Pangilinan.

When it was her turn to speak, Robredo said that despite losing the vote in La Union in the 2016 elections, she did not forget the province when she became Vice President.

She noted the Office of the Vice President’s relief operations in the province after Typhoons Ompong and Maring, and their provision of PPE sets and medical supplies to the province’s hospitals during the pandemic.

She then encouraged her supporters to stay open to those who have different political beliefs.

After her speech, Robredo read out campaign posters and took photos with attendees.

The rally closed out with performances by Ebe Dancel and Rivermaya. – Rappler.com