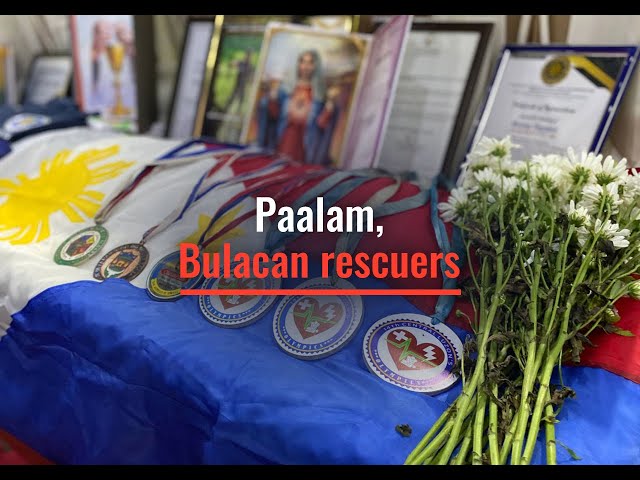 MANILA, Philippines – As a way to honor the lives of five Bulacan rescuers who died in the line of duty, Bulacan officials and rescuers from other provinces gathered for a tribute on Friday, September 30.

The Bulacan government held a memorial service for the five rescuers at the provincial capitol gymnasium. Public viewing also followed.

Aside from assistance for their families from the government and private organizations, the rescuers also received various posthumous awards from the local and national governments. – Rappler.com