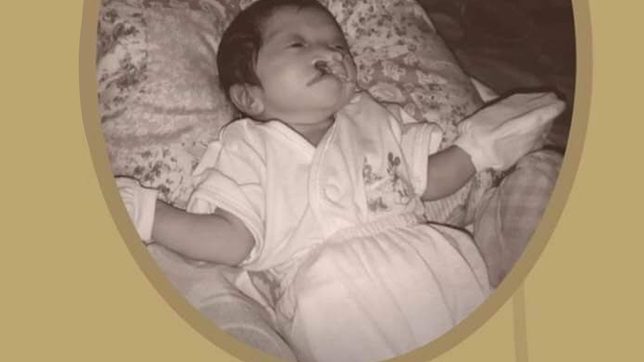 Facebook Twitter Copy URL
Copied
'The death of infant Carlen just months after the controversial death of baby River highlights the need for a thorough and impartial investigation,' say the lawmakers

Members of the progressive Makabayan bloc have filed a resolution calling for a House investigation into the death of  baby Carlen, the one-month-old child of political detainee Nona Espinosa.

In filing House Resolution (HR) No. 1600, the lawmakers urged the committee on human rights to probe the death of baby Carlen “to protect the rights of the people and seek accountability for violations against such.”

The death of baby Carlen has been likened to the case of baby River – the child of political detainee Reina Mae Nasino – who also died due to health complications after being separated from her mother.

“The death of infant Carlen just months after the controversial death of baby River highlights the need for a thorough and impartial investigation on the incident to bring justice to the victims of these tragic incidents and avoid further casualties and damages especially against the innocent,” said the Makabayan bloc.

Espinosa gave birth to baby Carlen at the Negros Oriental Provincial Hospital in the first week of January. Baby Carlen was born with a cleft palate and had breathing problems.

The child died on February 14, due to an infection of the lungs and blood while separated from her mother.

Citing a statement by rights network Kabataan para sa Karapatan-Negros Oriental, the Makabayan lawmakers said Carlen’s complications “worsened after being denied breast milk which would have strengthened her immune system.”

Support network Kapatid already urged the Commission on Human Rights to investigate baby Carlen’s death for possible violations of the United Nations Rules for the Treatment of Women Prisoners and Non-custodial Measures for Women Offenders or the Bangkok Rules.

“The said rules provide for appropriate healthcare and humane treatment of women in prison and set examples for gender-sensitive alternatives to prison such as counseling services and on-site childcare facilities,” the lawmakers said. – Rappler.com

Christina Quiambao is a 4th year journalism student from the University of the Philippines-Diliman. She is a Rappler intern.