MANILA, Philippines – After both signing city documents and holding office in separate buildings, the two top leaders of Makati City presided over two flag-raising ceremonies on Monday, March 23, as the leadership standoff in the city enters its second week.

Early Monday, white-clad supporters of Vice Mayor Romulo Peña gathered at the old city hall for what they considered a "historic" flag-raising ceremony – the first time it is not led by a member of the Binay family that has ruled Makati for years.

At around the same time, Makati Mayor Jejomar Erwin Binay held his own ceremony at the quadrangle of the new city hall building, flanked by his supporters and accompanied by sister Senator Nancy Binay.

Binay has insisted that he remains the city's leader because of a Court of Appeals (CA) order stopping the suspension served against him last Monday.

But Peña is recognized by the Ombudsman, Department of the Interior and Local Government (DILG), and Department of Justice (DOJ) as the city's acting mayor.

The 3 agencies agreed that the CA order came too late to stop a suspension that has already been served. 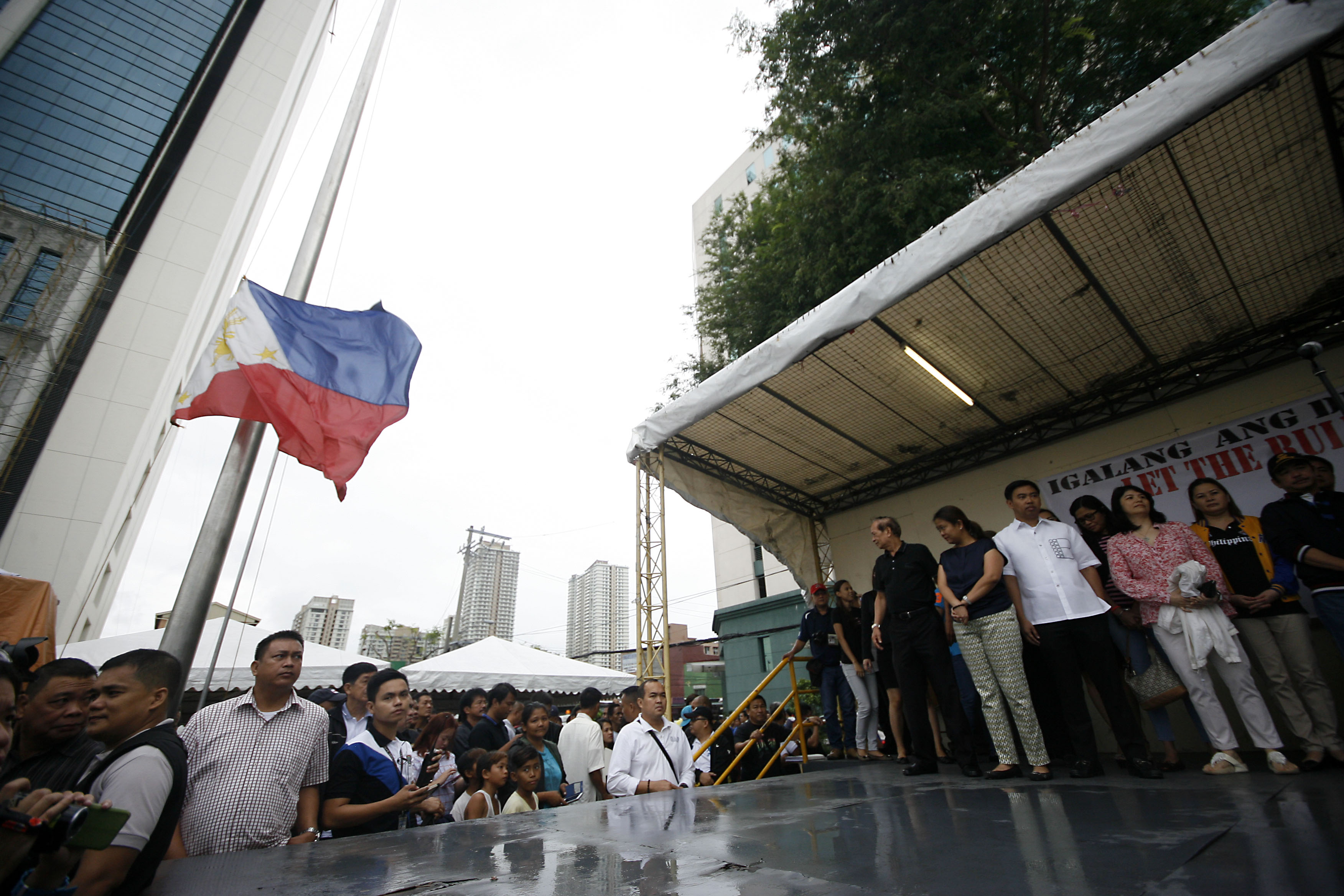 In his speech after the flag raising ceremony, Peña urged Binay to respect the rule of law and step down.

(My position is not easy. But rest assured that it is farfetched to think that conflict and violence would come from me.)

He said that the leadership feud was neither about him versus Binay, nor was it about Binay versus DILG secretary Manuel Roxas II, who is perceived to be the presidential rival of the Makati mayor's father in the 2016 polls.

He also downplayed rumors that he was planning to storm the city hall and take office by force.

(What I want is peace, I just followed the law. Because if I didn't, I would be accused of not discharging my duties.)

Meanwhile, Peña's supporters also spoke out against Binay, who has refused to step down and even filed a petition for contempt against Peña, Roxas, and other officials for refusing to follow the CA order.

Barangay councilor Henry Vera hit Binay for stubbornly holding on to his office and refusing to explain himself before the Ombudsman.

"Barangay councilors follow the Ombudsman and explain ourselves when we have done something wrong. But this government keeps on hiding," he said.

"You [Binay] said before that you will explain. This is the right time, why are you still hiding?" he added.

Binay's suspension last week stemmed from allegations of irregularities in the awarding of a contract for the construction of a Makati city hall building.

Binay has denied the allegations. The Ombudsman told Rappler, however, that the evidence of Binay’s guilt was strong. – Rappler.com