VOTERS. People flock to the Guadalupe Elementary School in Cebu City to vote in the 2022 Philippine elections.

Facebook Twitter Copy URL
Copied
‘A lot of groups are focused more on the automated election system, forgetting that before the elections, there [were] these activities [of cheating that were] going on already,’ says Namfrel's Lito Aviera

MANILA, Philippines – Talk about replacing the current automated election system with a hybrid version – or even reverting to the manual counting of votes – became more heightened after the controversial win of Ferdinand Marcos Jr.

During Rappler’s May episode of Newsbreak Chats: Was there cheating in the 2022 Philippine elections, election observers from the National Citizens’ Movement for Free Elections (Namfrel) and the Parish Pastoral Council for Responsible Voting (PPCRV) tackled the nitty-gritty questions about the technicalities of automated elections, existing safeguards, and proposed countermeasures.

“A lot of groups are focused more on the automated election system, forgetting that before the elections, there [were] these activities [of cheating that were] going on already; or even, like, the vote buying, it happens also on election day,” Namfrel’s Lito Aviera, national council member and systems group head, said.

Reports during the election period also revealed that incidents of cheating could not necessarily be attributed to the machine. 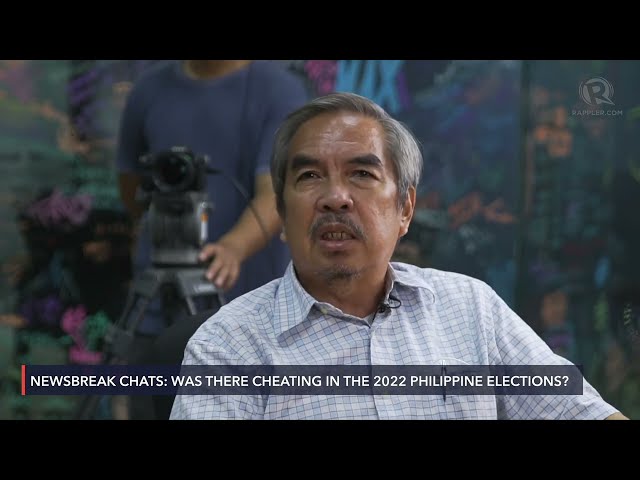 Safeguards of the automated system

Although the election observers admitted that the system is still far from perfect, especially with reports of widespread vote-buying in the recently concluded elections, there are still a number of misinformed beliefs and misplaced anger over the technical aspects of the electoral system.

From the absurd speculation about the 3G-to-4G upgrade of the vote counting machines (VCMs) to reports of SD card replacement in an alleged attempt to rig the polls, Aviera set the record straight and pointed to existing safeguards in the current automated system:

For Namfrel, the latest iteration of their hybrid proposal is best for elections. They propose a return to manual elections, wherein voters would have to manually fill up a ballot. At the precinct level, the votes would be counted manually after which election returns would be transmitted electronically, followed by the ladderized electronic canvassing of results – from precinct all the way to the national levels.

Addressing concerns about speed and accuracy of the process, Namfrel’s “evolved proposal” involves technology and the Voter Verified Paper Audit Trail (VVPAT), the “resibo” or paper trail that ensures that the votes have been placed correctly.

“Kasi ngayon, if you would notice, voters are more aware of the ‘resibo.’ So, they really check the receipt kung ‘yung binoto nila ay reflected doon sa receipt; and then, there’s the QR code. Our version now includes using the VVPAT, or the ‘resibo,’ to do the count,” Aviera said.

(Now, if you would notice, voters are more aware of the receipt. So, they really check the receipt if their votes were reflected properly; and then, there’s the QR code. Our version now includes using the VVPAT, or the receipt, to do the count.)

“Kasi, i-scan mo lang ‘yung QR code; encoded in the QR code are the selections of the voter. So, matatapos ‘yung, like, 800 VVPATS in about an hour, an hour and a half. Mas mabilis siya – to do a parallel count with the count done by the machine, at precinct level,” he added.

(You just have to scan the QR code; encoded in the QR code are the selections of the voter. [An estimate of] 800 VVPATS will be processed in about an hour, [or about] an hour and a half. This is faster – to do a parallel count, with the count done by the machine, at precinct level.) 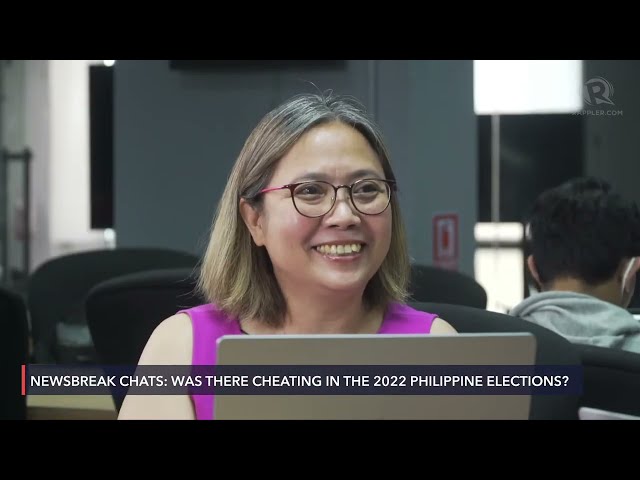 Although PPCRV’s William Yu admitted that he also liked Namfrel’s idea, their stance is firm: “Our position has been very clear since 2010, we support full automation.”

The institution’s trustee and co-IT director emphasized that they prefer “as much technology as possible” due to concerns over speed, audit, and safety.

“The shorter the vulnerability window, the harder it is to cheat. The time between [the period] you plug into the network, and transmit, and share the returns between all media entities and observers – if that’s a few seconds or minutes – it’s harder to cheat in a few minutes, than, say, a few days,” Yu said.

The safety of the election volunteers was also pointed out, citing a fatal incident in 2016 wherein one of the PPCRV volunteers was gunned down. “Even though they know that gunning down the volunteer doesn’t actually change the results, because the basis is the electronic transmission; but again, some people don’t know that, right? And they think, ‘Oh, that’s the ballot box going to the municipal board of canvassers.’ It’s a dangerous position to put our volunteers in.”

Rappler’s data scientist, Dylan Salcedo, who also approves of a fully automated system, said, “I think it all boils down to [individuals] getting to know more about what actually happens, and I think, it’s the job of the people who instigate this system to properly explain it to [the voters].” – Rappler.com