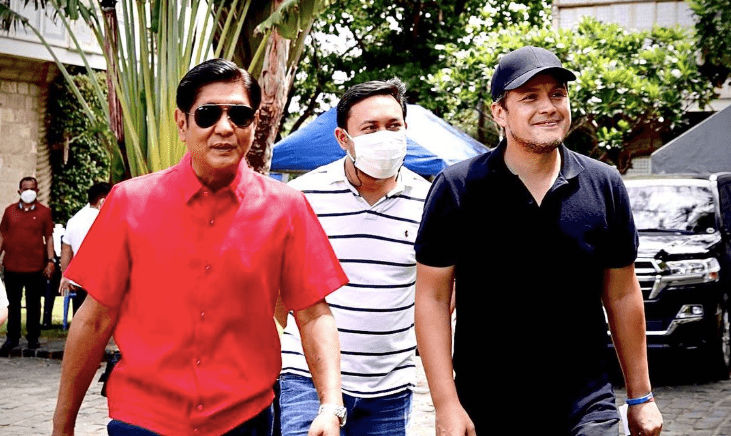 Facebook Twitter Copy URL
Copied
'He’s not there to be part of the PR machine,' says President Marcos

MANILA, Philippines – President Ferdinand Marcos Jr. on Wednesday, October 26, defended the appointment of godson director Paul Soriano as his communications adviser, saying it seems to have been “misunderstood.”

“He’s not there to be part of the PR machine. He’s there to find ways to promote the creative industry kasi doon siya galing eh (because that’s where he’s from),” Marcos said on the sidelines of a communications technology summit in Manila.

Soriano is a relative of First Lady Liza Araneta-Marcos. The couple stood as primary sponsors when Soriano married celebrity Toni Gonzaga, who was among Marcos’ chief celebrity endorsers in the 2022 elections.

Soriano is the grandson of the late actor Nestor de Villa, and is himself a member of the entertainment industry. Prior to his appointment as presidential adviser, Soriano directed entertainment television shows and movies. He also directed Marcos’ 2022 campaign ads.

(Filipinos are good at singing, good at acting. We’re good at making movies, etc, etc. We have to project that to the rest of the world. That’s Paul’s job.)

Malacañang said Soriano is “tasked to advise the Chief Executive and assist departments and agencies, including government-owned and controlled corporations, on matters that will enhance their information dissemination programs and initiatives.”

The director has agreed to a P1 annual salary. – Rappler.com