Marcos may attend UN meet in US, has diplomatic immunity from contempt 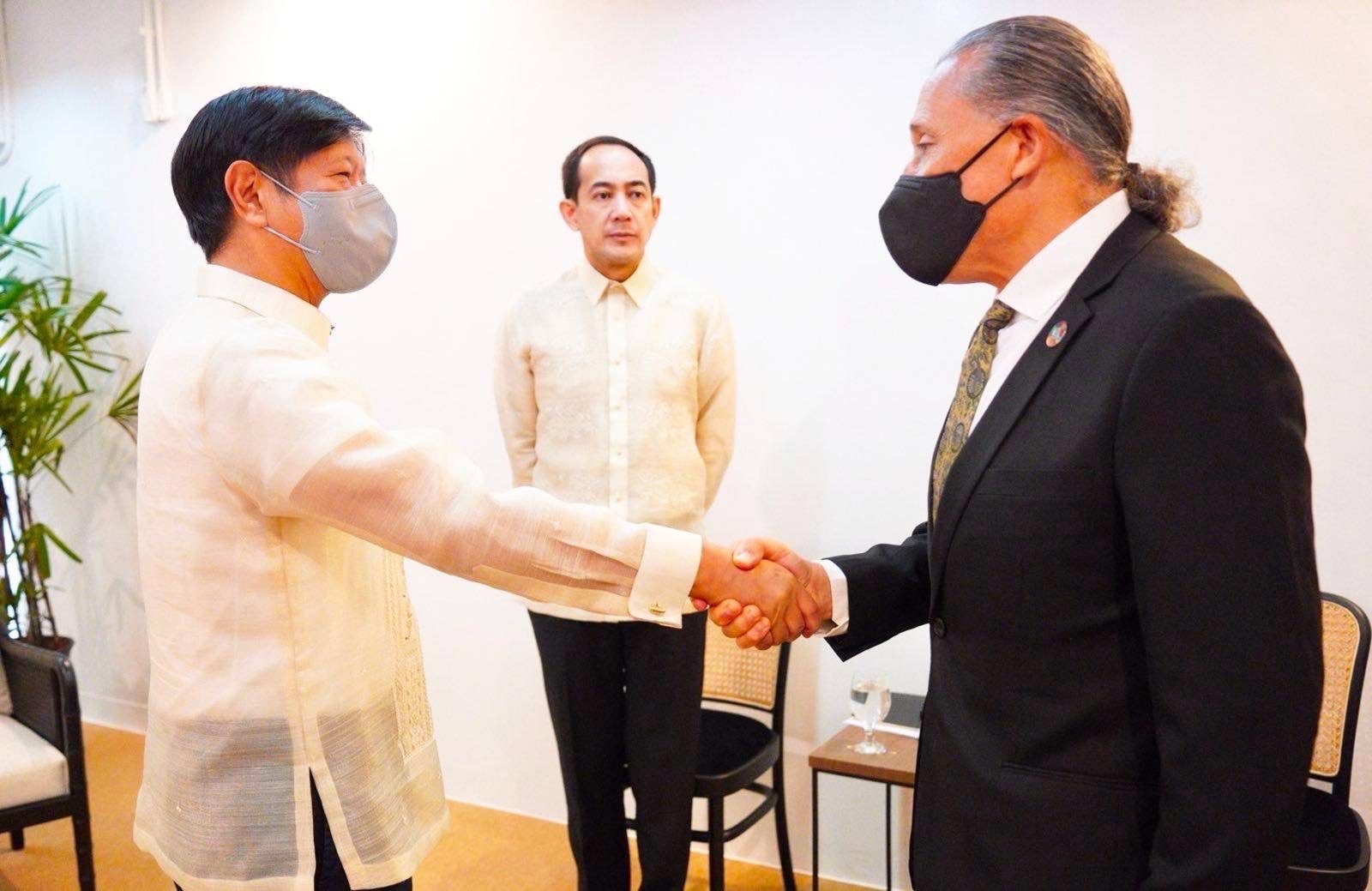 Facebook Twitter Copy URL
Copied
'It would be very important to attend and represent the Philippines in the General Assembly and meet with other world leaders,' says Marcos

MANILA, Philippines – President-elect Ferdinand “Bongbong” Marcos Jr. may attend the 77th United Nations General Assembly in New York in September, said his camp Friday, June 10, a day after the United States government announced diplomatic immunity can cover for him for a standing contempt order in the US.

Marcos’ camp said in a press release Friday that the president-elect is “mulling attending the UN General Assembly, citing the importance of meeting other world leaders.” The camp said however Marcos “is yet to confirm his attendance.” The 2021 UNGA was held in-person.

Marcos and his mother, former first lady Imelda Marcos, have a standing contempt order in the United States worth $353 million and effective until 2031. The Marcoses have evaded facing the order issued in 1995 over violating a Hawaii court injunction on their assets that a judge wanted preserved to pay damages to victims of human rights abuses during the repressive martial law government of his father, the late dictator Ferdinand E. Marcos.

Human rights lawyers in the US can alert the court when Marcos steps foot in the country, and can request a subpoena. If the subpoena is ignored, they can move for a warrant of arrest.

But in a press conference in Manila Thursday, June 9, US Deputy Secretary of State Wendy Sherman said: “When someone is head of state, they have [diplomatic] immunity and would be welcome in the United States.”

United Nations representative to the Philippines Gustavo González met Marcos Friday and told reporters after that he and the incoming Philippine leader already talked about the preparations for him to attend the UNGA.

“This UN General Assembly meeting will be the first time that president-elect Ferdinand Marcos Jr. will be in front of a number of heads of state, this will be a great, and historic opportunity for the president, and for the Philippines to share the new vision, and the new challenges,” said González.

“It would be very important to attend and represent the Philippines in the General Assembly and meet with other world leaders,” said Marcos.

The Marcos camp had been dodging this issue from the campaign, up to his presumptive win in the latter part of May. Marcos’ incoming executive secretary Vic Rodriguez even pointedly ignored Rappler’s question about it in a post-win press conference.

Diplomats and international law experts that Rappler previously talked to said that Marcos could either be confined within the perimeters of the UN headquarters in New York, or the US government can secure an assurance from courts that the head of state can go in and out smoothly.

When controversial heads of state fly

When Marcos went to Melbourne, Australia this month, he was met by a small protest of Filipinos calling him and his family thieves.

Rodriguez had called the protest shameful, and an improper behavior for Filipinos.

“Marcos, Marcos magnanakaw. Marcos, Marcos sinungaling” protesters sing in Melbourne where Philippine presumptive President Bongbong Marcos is for a “private visit.” Marcos’ supporters are also set to greet him near this place to counter the protest @rapplerdotcom pic.twitter.com/ptn7xWb63b

The UNGA is not a stranger to controversy, especially when it comes to attendance of controversial world leaders.

In 2013, now ousted Sudanese leader Omar al-Bashir canceled his attendance to the UNGA after an uproar. At the time he had a standing warrant of arrest from the International Criminal Court (ICC). The United States had never ratified its membership to the ICC.

President Rodrigo Duterte had hostile relations with the UN, hurling expletives at the body and calling it useless for the first years of his administration. Duterte finally spoke at the UNGA in 2020, and slammed his critics for “weaponizing human rights.”

According to González, Marcos “mentioned also the importance of ensuring high-level of accountability in terms of human rights and we also refer to the October session of the Human Rights Council where the new administration will be ready for a successful session.” – Rappler.com