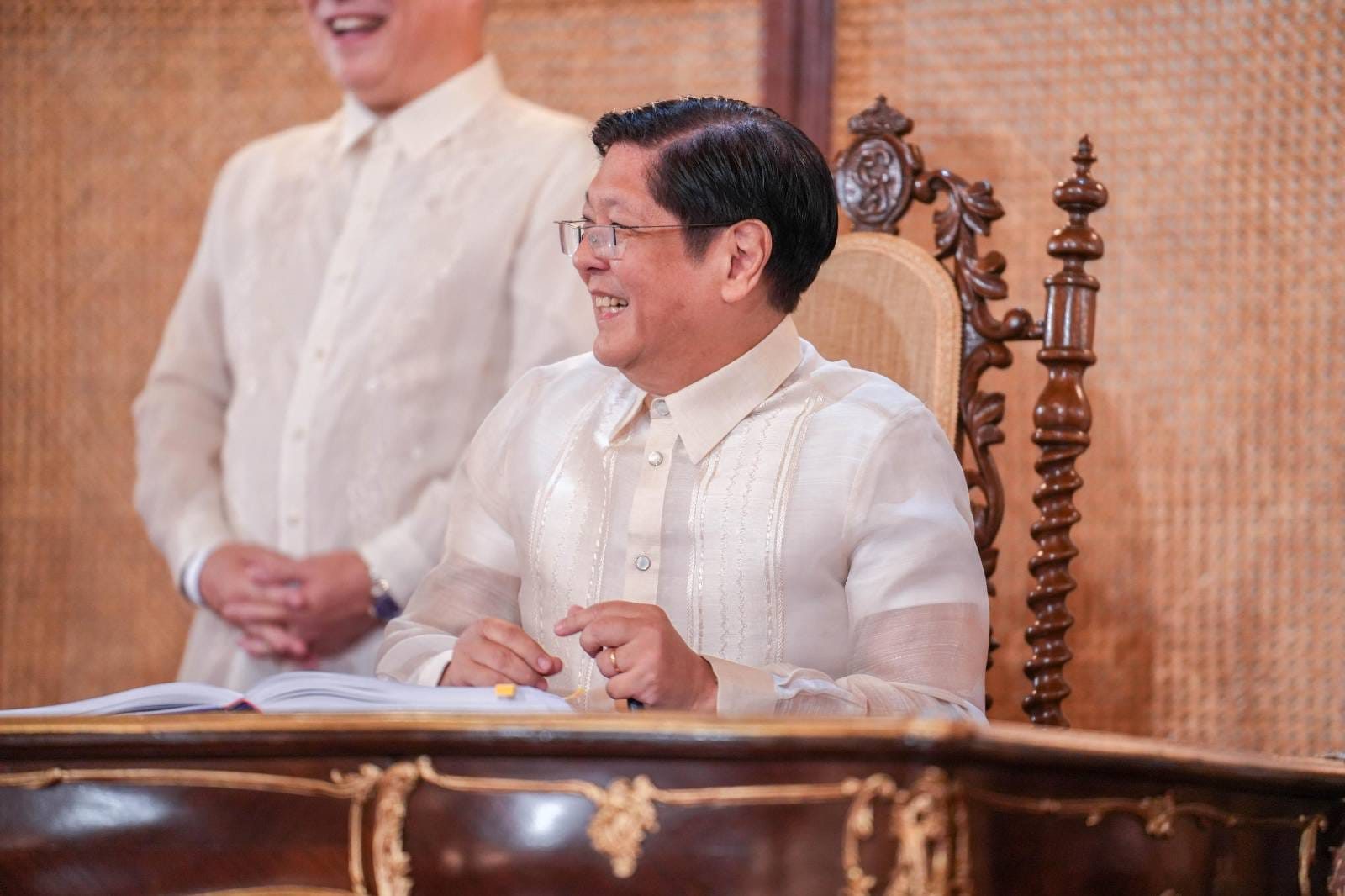 President Marcos signs the 2023 budget at Malacañang Palace on December 16, 2022

Facebook Twitter Copy URL
Copied
'The innate bayanihan spirit in all of us is what will keep us going amidst all adversities that will continue to test our fortitude as a nation,' says President Ferdinand Marcos Jr. in his first New Year message

MANILA, Philippines – In his first New Year message as chief executive, President Ferdinand Marcos Jr. called on Filipinos to “embody the true meaning of solidarity,” adding that “bayanihan” would tide the nation through difficult times.

“As we reflect on the events that transpired in the previous year, I hope that we will draw strength and inspiration from what truly binds us together – our genuine love for our fellow Filipinos and our country,” said Marcos, in a message released by Malacañang Palace on January 1.

“Unity” was Marcos core message – and sometimes, platform – when he was a candidate in the 2022 president elections. The 17th President of the Republic won by a landslide in a divisive election marred by disinformation.

“The innate bayanihan spirit in all of us is what will keep us going amidst all adversities that will continue to test our fortitude as a nation,” said Marcos in his message.

It’s going to a potentially difficult 2023 ahead for Filipinos, particularly because of the rising cost of goods. While the country’s employment numbers and GDP growth are up, inflation also hit a 14-year high in November 2022.

Making food items affordable for Filipinos had been Marcos’ goal as concurrent agriculture chief. One of his campaign promises was to lower rice, a Filipino food staple to P20/kilo – a price that’s so far unachievable, even on National Food Authority rice.

“Together, let us move full-steam ahead towards our goal of giving a better life to every Filipino family. I am confident that, by coming together, we can withstand and overcome all challenges and bring our nation to greater heights,” said Marcos.

“As we look forward to a fruitful and hopeful New Year, let us remain steadfast and united as ever as we ask for the Almighty’s continued guidance in our journey toward a better, brighter, and more prosperous future for our nation,” he added.

Marcos is the second of his name to hold the top post in government. His father and namesake was the strongman Ferdinand Marcos Sr., who was in power for two two decades – with nearly a third of those years under official martial rule.

He won the presidency in 2022 with the promise of “unity,” running alongside the Sara Duterte, the daughter of the then-incumbent president. – Rappler.com