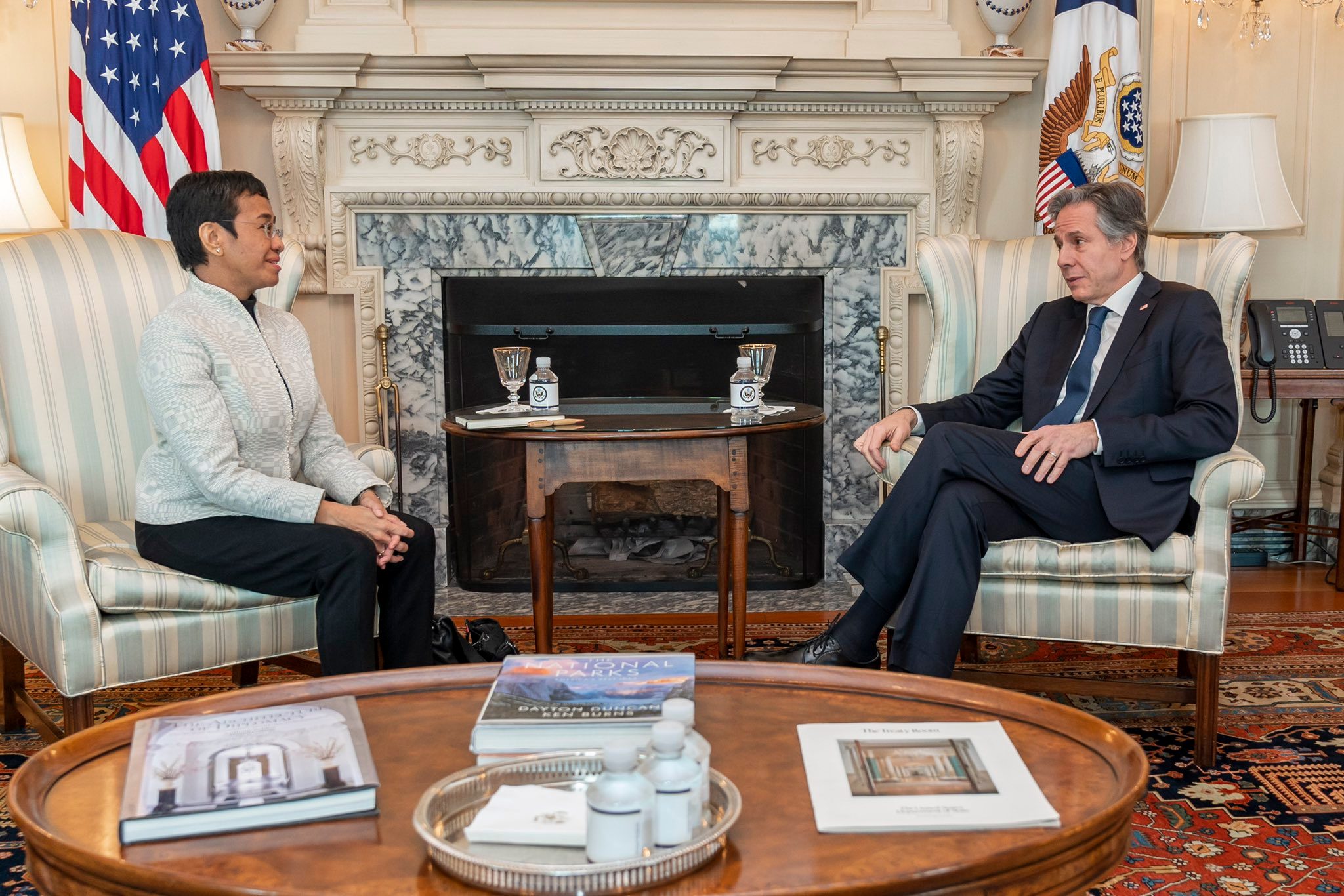 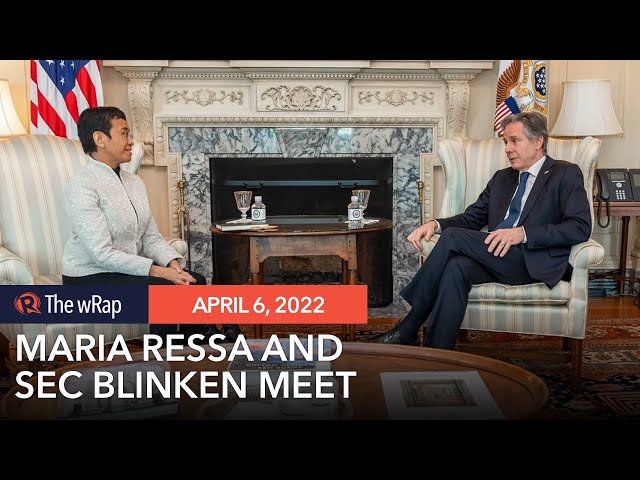 MANILA, Philippines – Rappler CEO and Nobel laureate Maria Ressa met with US Secretary of State Antony Blinken on Wednesday, April 6, to discuss the need to defend and protect independent media.

“Independent media is a cornerstone of democracy – an essential tool worth protecting in this critical moment for defending democracy,” Blinken said.

The US state secretary said he and Ressa tackled the “work governments must do to protect journalists.”

After her meeting with Blinken, Ressa is expected to keynote an event hosted by The Atlantic on “Disinformation and the Erosion of Democracy” with former US president Barack Obama.

Ressa met with the top US diplomat days after she testified before a US Senate hearing that looked into the deterioration of freedom of expression in Asia. The Filipino journalist had called on lawmakers to hold American tech companies and social media giants accountable for platforms that have “rewarded lies laced with anger and hate” over facts, citing it as a significant problem that faced journalists today.

“Democratic governments must move faster,” Ressa had said before the US Senate on March 31.

Ressa has repeatedly urged government officials in the Philippines, Europe, and the US to draft legislation that will guard against the spread of misinformation and disinformation online.

The Rappler founder herself has been the subject of harassment online and of legal cases against her in the Philippines.

The news organization likewise faces at least seven active pending cases, including a closure order, before different courts in the country. These are on top of online attacks over its reporting on the administration of President Rodrigo Duterte, including its bloody “war on drugs” and allegations of corruption among the President’s allies.

Just recently, a dozen set of complaints alleging cyber libel were filed against Rappler, four journalists, an academic, and three former members of Davao-based religious leader Apollo Quiboloy’s Kingdom of Jesus Christ (KOJC) in connection with a series of news reports and interviews about the influential doomsday preacher. Earlier, seven similar cyber libel complaints were dismissed by a panel of prosecutors. – Rappler.com