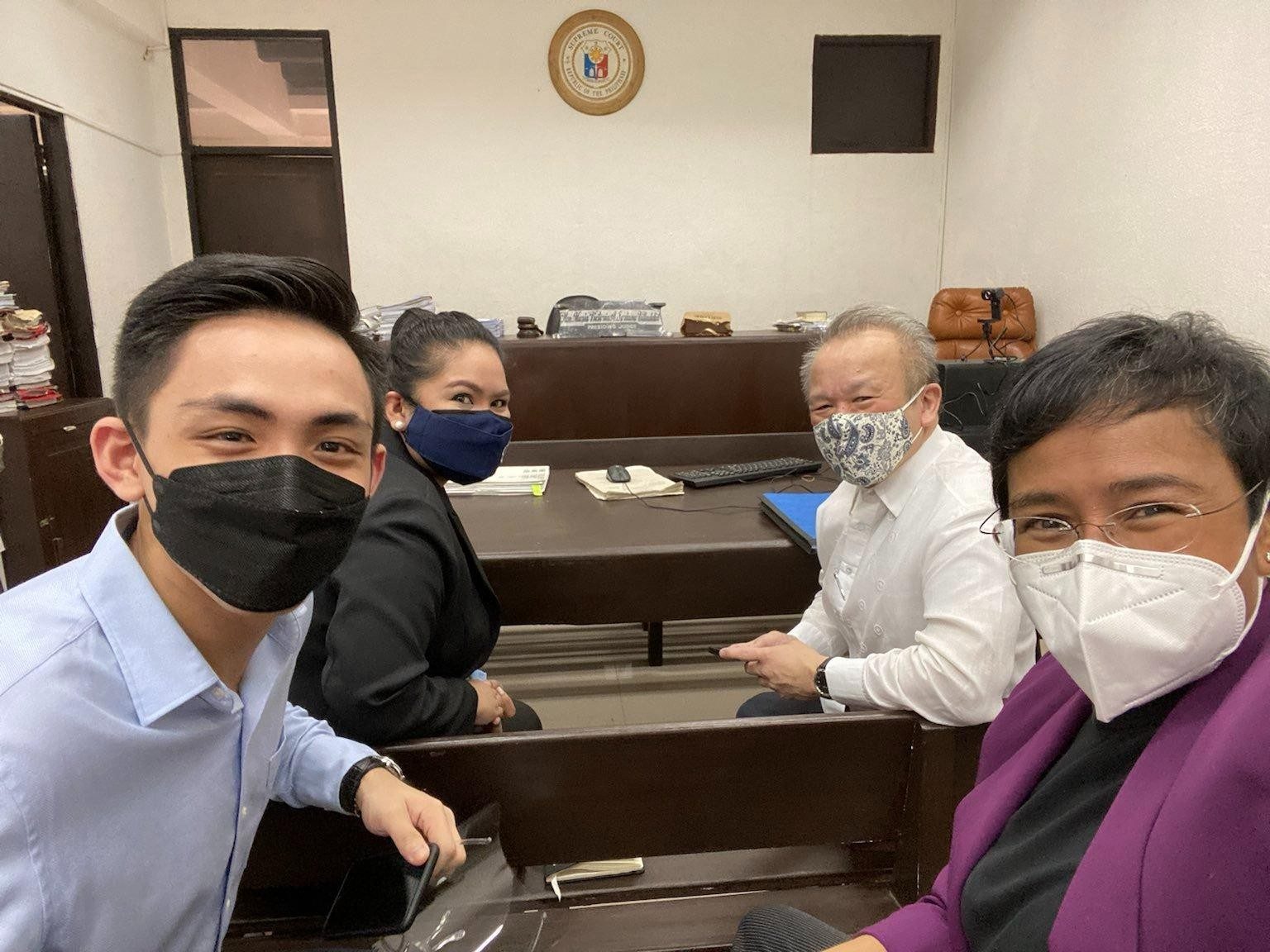 Facebook Twitter Copy URL
Copied
The journalists do not enter a plea, so the judge enters a not guilty plea on their behalf

Ressa and Talabong did not enter pleas, so Judge Maria Victoria Soriano Villadolid entered a not guilty plea on their behalf.

The case is based on Talabong’s  investigative story, “Thesis for sale: Benilde students say they paid P20,000 to pass,” about an alleged corruption scheme at the De La Salle-College of Saint Benilde (CSB), where students supposedly paid to pass their thesis subject.

The courts have started easing in the pandemic, so the journalists were able to attend their arraignment in person.

Trial will start in August, every Tuesday for the prosecution, and if it proceeds, every Thursday beginning September 16 for the defense. If Branch 24 stays the pace, trial can end November 11.

The other libel case against Ressa and former Rappler researcher Reynaldo Santos Jr was finished within 8 months, one of the fastest trials in the Philippines where the slow justice system is often reviled.

Ressa and Santos’ conviction in that case filed by businessman Wilfredo Keng is on appeal at the Court of Appeals. They face a sentence of 6 months to 6 years if their conviction is affirmed by the Supreme Court.

The Supreme Court on Tuesday released a Third Division ruling that acquitted columnist Raffy Tulfo of libel, based largely on the legal principle that writing about public officials – like Tulfo did in his disputed stories – is a matter of public interest that must be protected in order to allow a “vigilant press” to check abuses of government.

The Third Division ruling penned by Associate Justice Marvic Leonen also supported journalists’ call to decriminalize libel, saying that “the constitutionality of criminalizing libel is doubtful.” The ruling added that civil actions are “more consistent with our democratic values.”

Reacting to the Tulfo acquittal on Twitter, former Supreme Court spokesperson Ted Te said: “The new SC decision with the dictum on the unconstitutionality of libel is a welcome addition to the arsenal against criminal libel.”

“However, it still needs a proper test case and for the SC to agree with the dictum to have libel declared unconstitutional. So we soldier on,” said Te.

Te, with the Free Legal Assistance Group (FLAG), is the lawyer for Ressa in the Keng case, and for Ressa and Talabong in the St. Benilde case.

The St. Benildfe case is one of the 8 criminal charges Ressa is still facing in various courts. The 9th, a cyber libel suit based on the same Keng story but on the grounds of a Twitter post of screenshots, was dropped by Keng himself.

This is Talabong’s first criminal charge. Talabong was earlier sued for libel in a separate story, but was dismissed in the prosecutor level. – Rappler.com