HOGS. Around 2,000 hogs of Biotech farms from South Cotabato, Mindanao region arrive in Vitas port, Tondo, Manila on February 17, 2021 amid shortage of supply of pork products in the National Capital Region.

Facebook Twitter Copy URL
Copied
Provincial veterinarian Benjamin Resma blames the ASF spread on uncooperative hog raisers who refused to let go of their pigs, hid them, and found ways to sell and secretly move the animals from their backyards and piggeries despite the government's warnings

Maricel Rivera, city hall spokesperson, said ASF has already spread to at least 25 of the city’s 80 villages, and adversely affected some 882 hog raisers.

The situation is forcing authorities to cull thousands of pigs in Cagayan de Oro and Misamis Oriental to prevent more infections. In the province alone, 1,993 pigs were so far selectively slaughtered and buried as of April 15, and culling operations are ongoing, said Resma.

Acac said the suspension of hog slaughter at the Cagayan de Oro abattoir would give enough time for workers to disinfect the facility that processes an average of 250 pigs each night.

He said it was a bitter pill to swallow, but the suspension had to be done.

“I really don’t know how the prices have been affected, but this would definitely impact on the supply of pork, at least in the city’s public markets that are dependent on pork from the city’s main slaughterhouse,” said Acac.

He said hog raisers can bring the animals to the towns of Opol and Tagoloan in Misamis Oriental, which have facilities for hog slaughter. The option, however, is no easy solution because Misamis Oriental authorities have gone strict, too, on hog transport, and the facilities in these towns don’t cater to small hog raisers.

EXPLAINER: Why food costs are rising and price ceilings may not work 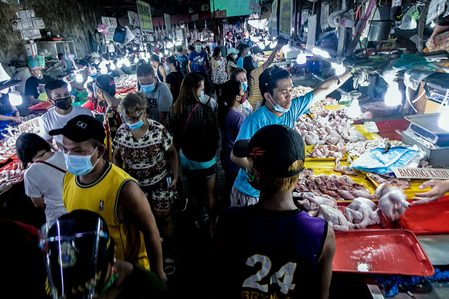 Resma blamed the ASF spread on uncooperative hog raisers who refused to let go of their pigs, hid them, and found ways to sell and secretly move the animals from their backyards and piggeries despite the government’s warnings.

Swill feeding continued, and infected pigs were transported and sold despite the ASF threat, he said.

Worse, pigs were infected during transport because the vehicles used were contaminated, he added. – Rappler.com