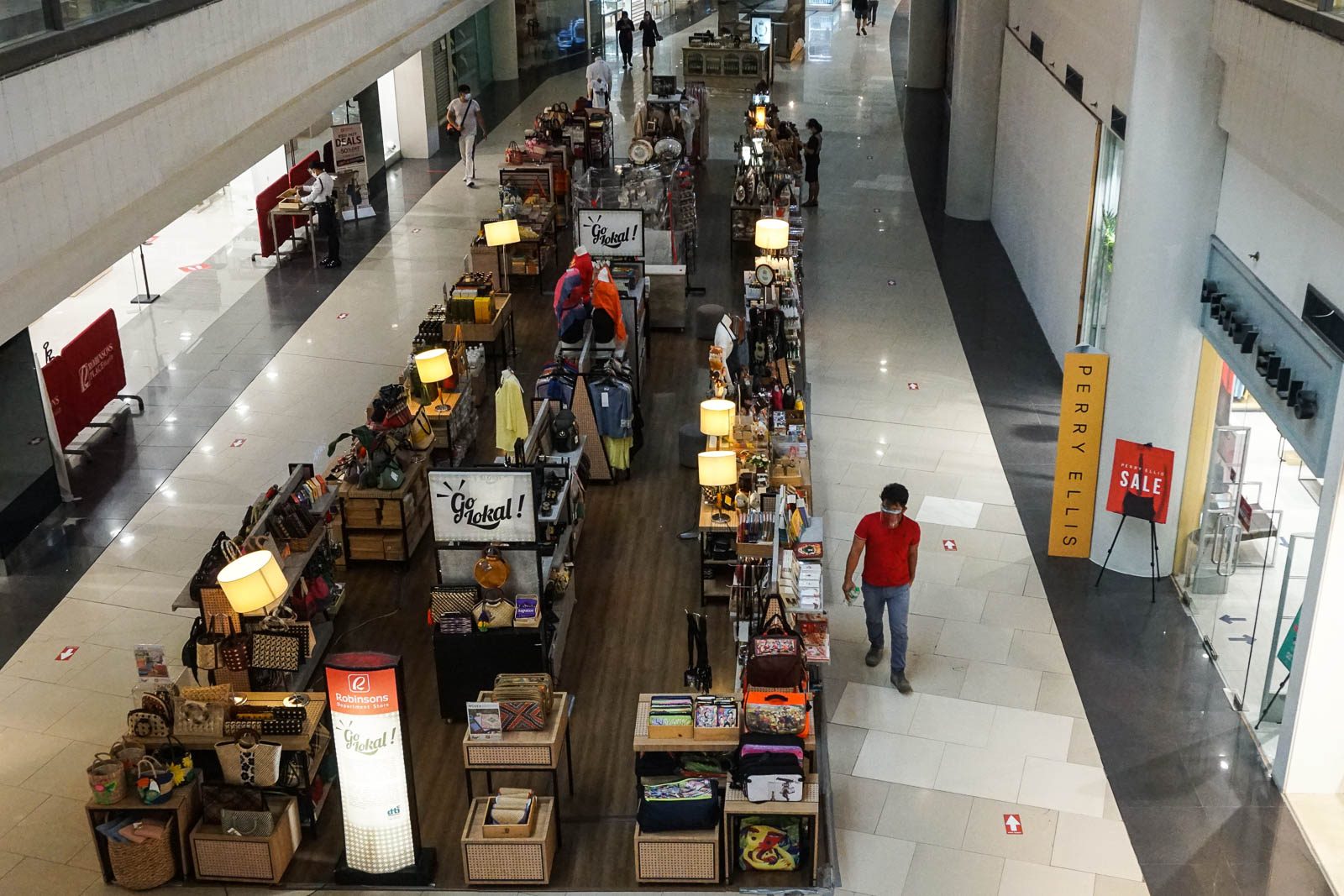 SHOPPING. In this file photo, people troop to malls on August 20, 2020, as Metro Manila reverts to General Community Quarantine.

The 17 mayors comprising the Metro Manila Council (MMC) recommended to the government’s coronavirus task force an extension of the general community quarantine (GCQ) in Metro Manila until the end of 2020.

(It’s more difficult to do a full modified GCQ and then you tighten restrictions. When resistance builds up, it’s hard to control – unlike if we stay at GCQ and we gradually adjust capacities.)

“Ito ay para tumakbo ang ekonomiya natin (This is so our economy can be revived),” he added.

In the same briefing, Garcia also said the MMC wants to reduce curfew hours in Metro Manila. From the current 10 pm to 5 am, mayors want the curfew shortened to 12 am to 4 am – with the exception of Navotas City, where curfew hours will stay from 8 pm to 5 am.

The adjusted curfew hours, Garcia said, would allow more customers to dine in at restaurants, which would benefit the economy.

Metro Manila residents aged 18 to 65 are also now allowed to go outside their homes – a stretch from the previous age restriction of 21 to 60 years old.

The Metro Manila mayors also recommended to the government task force increasing the allowed capacity in churches from the current 10% to 30%.

As of Monday, the Philippines has 359,169 confirmed coronavirus cases, with 42,191 active cases. Researchers recently noted an “uptick” of cases in provincial hot spots, but not in Metro Manila. – Rappler.com