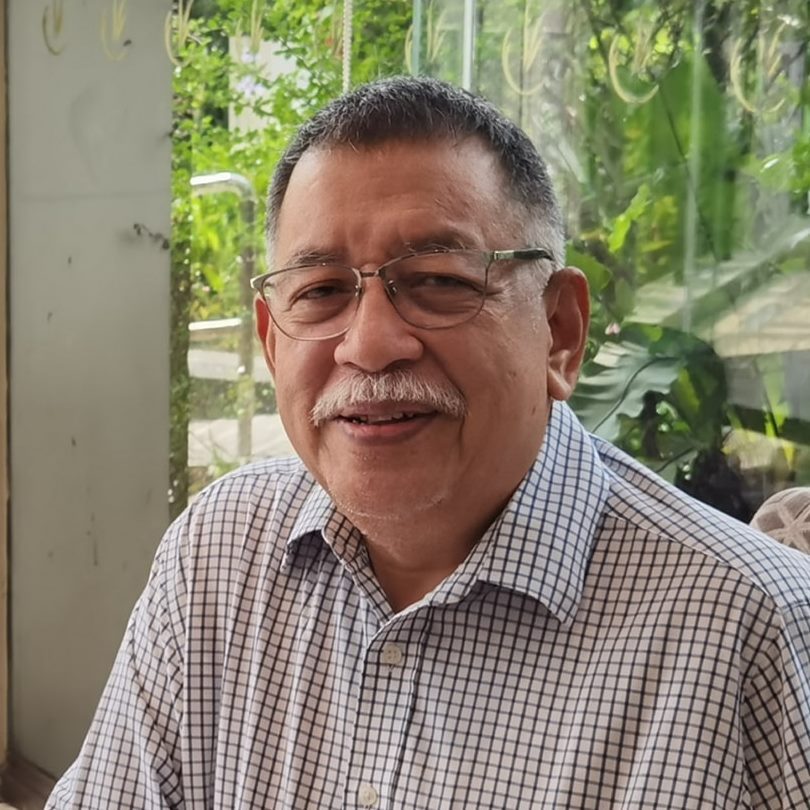 Facebook Twitter Copy URL
Copied
'His no-nonsense approach and news sense served as a beacon for the younger generation of journalists,' says the Defense Press Corps

“My husband Melo Acuña joined his creator today at 2:30 am Please pray for the eternal repose of his soul. Please also pray for me that I will have complete healing,” his wife Ma. Jhona announced on Friday.

Tributes poured in from journalists of all ages for Acuña, fondly called “Sir Melo” or “Kuya Melo,” who was just tweeting three days before, on August 24, “Please help me get working number at QCGH (Quezon City General Hospital).”

At the time of his death, Acuña worked at the media office of the Catholic Bishops Conference of the Philippines (CBCP) News, a contributor to La Croix, and UCAN; and was correspondent at the Asia Pacific Daily.

Journalists and news viewers alike will remember Acuña for his steady presence in the pandemic-time Malacañang briefing, where he asked questions that can shape the day’s news agenda.

“For almost three decades, Kuya Melo has been among the forerunners of the country’s national defense coverage, asking the difficult questions and seeking accountability from the powers that be,” said the DPC in a statement.

Younger reporters, whichever generation they belong to, paid tribute to Acuña for the journalist’s compassion and generosity to colleagues.

The Foreign Correspondents Association of the Philippines (FOCAP), of which he Acuña was a former board member, said Acuña was still active in their Viber group “up until the other day, helping out a colleague with a work-related query.”

“Over the course of his journalism career, Melo shared the Filipino story to the world. His fellow journalists fondly remember him for his generosity and for his expertise in covering the Catholic Church. From the annual Traslacion of the Black Nazarene to Papal visits, and even the war on drugs, you could count on him for information, perspective, and contacts,” said FOCAP.

“He felt more like an advisor, a resource person, a defender (when officials harass us), a brother (even a father) to us than a fellow reporter. Such was his wisdom, experience, kindness, and generosity,” said Miriam Grace Go, Rappler’s investigative editor, who covered the local government beat with Acuña during the Fidel V. Ramos presidency.

“He was a person whom anybody needing to be grounded in this profession should be grateful to have known,” said Go.

The Defense Press Corps said Acuña’s “no-nonsense approach and news sense served as a beacon for the younger generation of journalists.”

“His passing is truly a great loss to the fourth estate,” said the DPC.

The Department of Foreign Affairs said Acuña was someone “who always upheld the highest standards of journalism through his professionalism.”

Acuña is survived by his wife, Jhona, son JP, and daughter-in-law Krupska.– Rappler.com