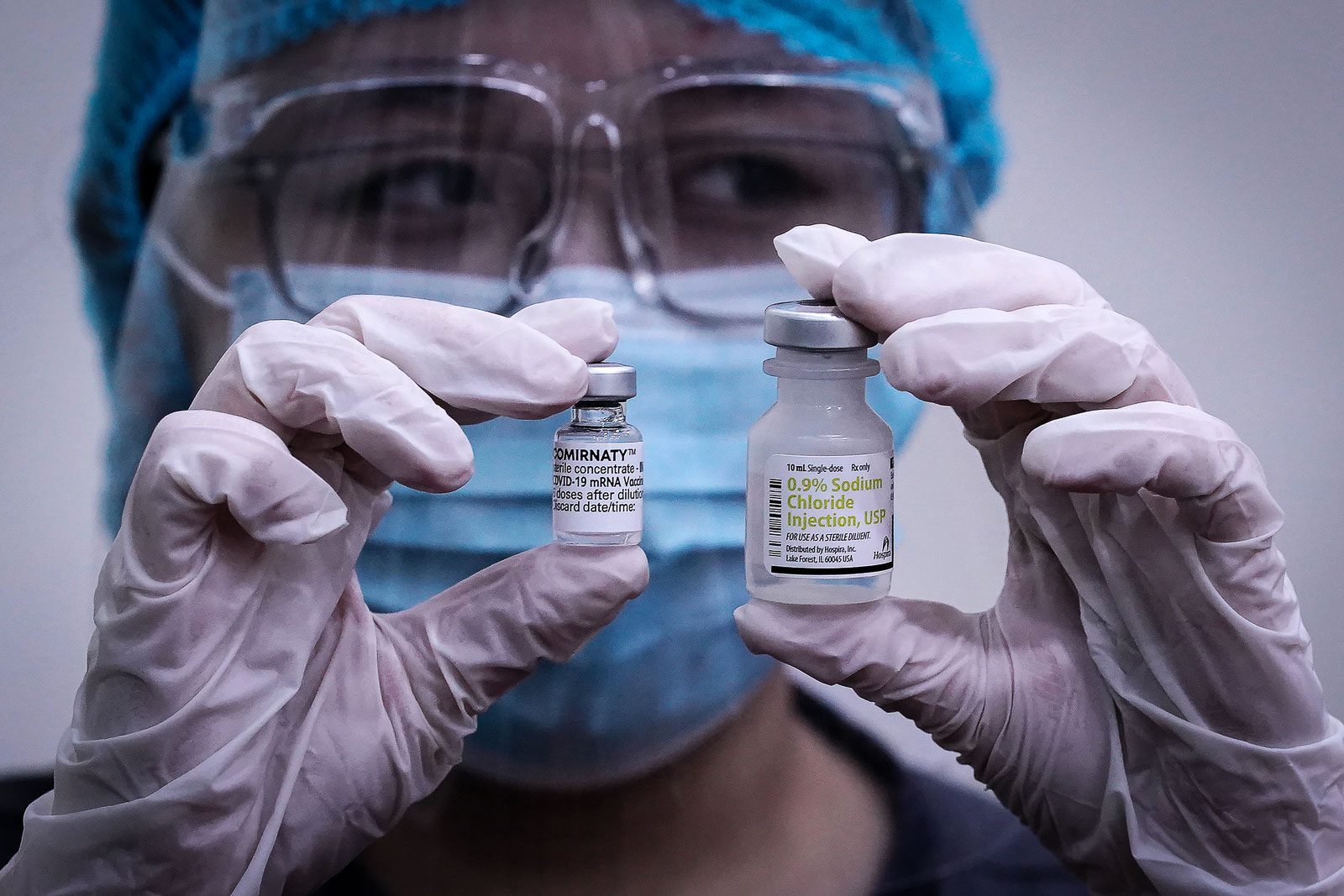 PROTECTION. Nurses at the Makati Medical Center give Pfizer COVID-19 vaccine shots to residents on Wednesday, May 12, 2021.

Facebook Twitter Copy URL
Copied
In the City of Manila, Mayor Isko Moreno signs an ordinance imposing stiff penalties on those involved in the illegal sale of COVID-19 vaccines 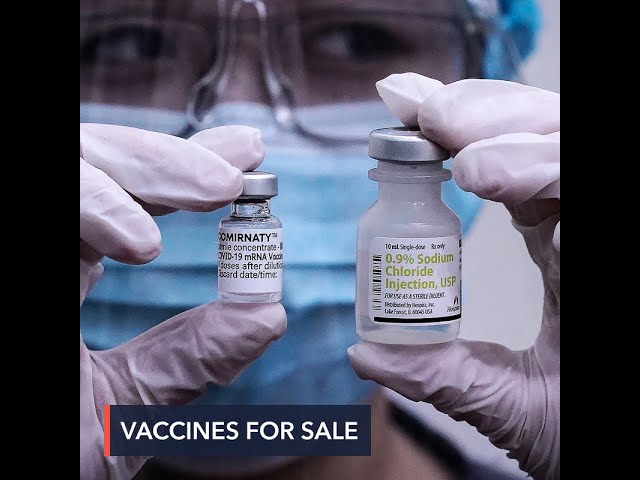 Local government units (LGUs) in Metro Manila began a crackdown Monday, May 24, on the illegal sale and distribution of COVID-19 vaccines that were procured by the national government.

This came in the wake of reports that some people claiming to have connections with the city governments of Mandaluyong and San Juan were offering vaccine slots to netizens.

In Manila, Mayor Isko Moreno signed an ordinance which prohibits any person or entity from engaging in the sale, distribution, or administration of COVID-19 vaccines for profit.

Violators face a P5,000 fine and imprisonment of up to six months.

“Until [vaccines are] under emergency use authorization (EUA) only, all types of vaccine available in the world and in the country cannot be sold for commercial purposes,” Moreno said in a press briefing on Monday, May 24. 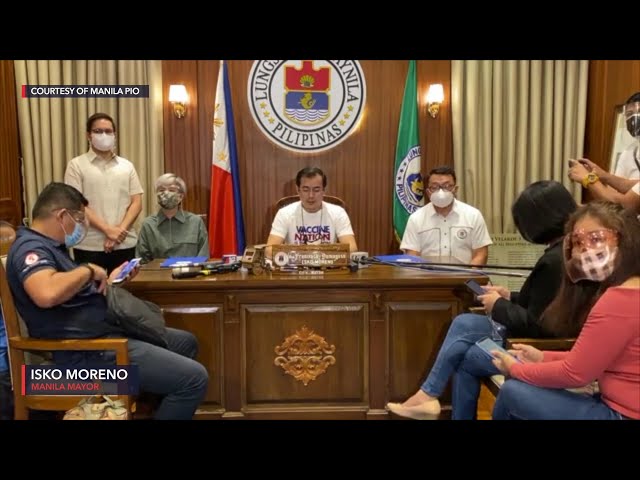 In Valenzuela, Mayor Rex Gatchalian said he has not received any reports of individuals engaged in the “vaccines for sale” scheme in the city.

“If anybody wants to do that type of operation in Valenzuela, they should not even try because we will get to them and we will make sure that the stiffest penalties are imposed,” Gatchalian said in a press briefing on Monday.

San Juan Mayor Francis Zamora also warned residents not to transact with anyone claiming to have a contact with the city government on the vaccine slots, saying those are “online scams.”

Zamora, as well as Mandaluyong Mayor Menchie Abalos, already denied on May 21 that their LGUs were involved in the alleged fraudulent schemes.

“Walang ganyang klaseng bentahan sa San Juan (We don’t have such a scheme). We have vaccines for free for everyone from San Juan or working in San Juan,” Zamora told Teleradyo in an interview on Monday.

Abalos met with the National Bureau of Investigation on Monday to personally seek the agency’s assistance in tracking down the individuals behind the alleged illegal sale of COVID-19 vaccines. 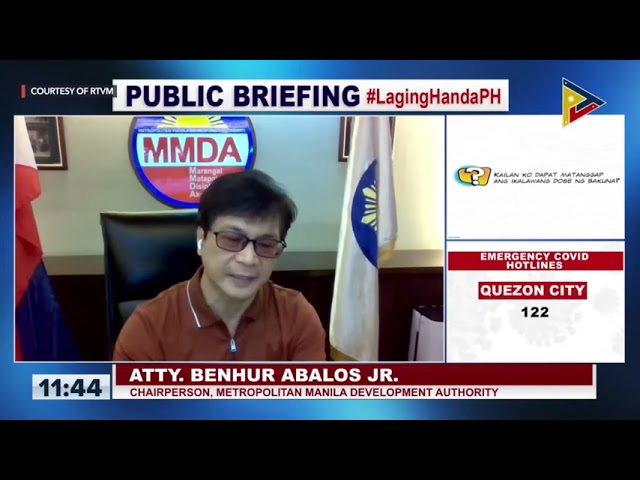 Justice Secretary Menardo Guevarra also told reporters on Monday that it has tasked the NBI to investigate the vaccines-for-sale scheme, upon the request of Metropolitan Manila Development Authority Chairman Benhur Abalos.

Aside from the NBI, the Philippine National Police has also begun its probe, following orders from the Department of the Interior and Local Government.

Reports of alleged under-the-table sale of COVID-19 vaccines came as only select sectors are allowed to get the life-saving jabs since the Philippines’ immunization drive against the coronavirus started in March.

Economic frontline workers and indigent Filipinos may be inoculated “after the month of May or when we have a steady supply,” vaccine czar Carlito Galvez Jr. said on May 18.

As of May 18, some 2.5 million Filipinos have received their first COVID-19 vaccine dose, according to the Department of Health. — with report from Lian Buan/Rappler.com