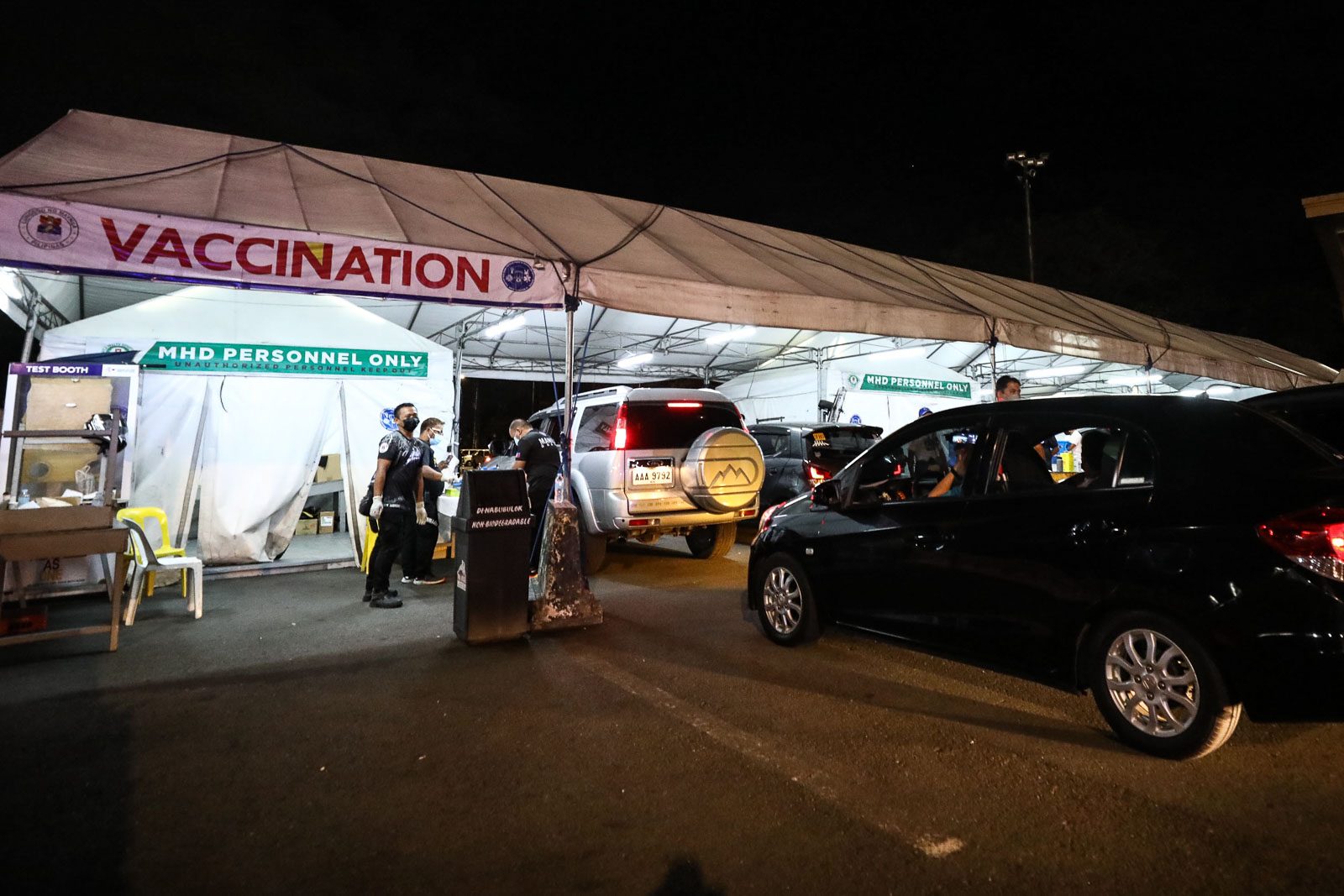 VACCINATION. Motorists line up at the Quirino Grandstand vaccination site as Manila starts the 24/7 booster vaccination for the general population on Friday midnight, January 14, 2022.

MANILA, Philippines – Because many Filipinos are “self-regulating” when it comes to leaving their homes amid the COVID-19 surge, mayors in the capital region have agreed not to reimpose a general curfew, Metropolitan Manila Development Authority (MMDA) chair Benhur Abalos Jr. said on Saturday, January 15.

Apart from certain metrics, Abalos said in a Laging Handa briefing on Saturday, January 15, that local chief executives also consider the movement of people to determine alert levels. “In our last meeting we observed that there are few people in the streets and in the malls, and in the evenings you can barely see anyone out…. We thought that for the meantime, there is no need for a curfew,” he said in a mix of Filipino and English.

The MMDA chair said that Filipinos’ behavior in movement has changed after the numerous COVID-19 variants – like Alpha, Delta, and now Omicron – struck the country.

(Perhaps on our own as a people, we have learned when to regulate, and you no longer need to be told ‘Don’t go out.’ On their own, our countrymen don’t go out because we know we can spread the virus.)

Some local governments, however, are still imposing curfews for minors.

In November 2021, as new COVID-19 cases were decreasing, Metro Manila mayors lifted curfew after 19 months. In January, cases picked up again at unprecedented levels as the Omicron variant swept across the country.

On Friday, January 14, the Philippines recorded 37,207 new COVID-19 cases – the highest single-day tally since the pandemic began. Friday was also when the national government extended the Alert Level 3 status on Metro Manila, Cavite, Baguio City, and 80 other areas until the end of January.

In a separate interview on Saturday, acting presidential spokesperson and Cabinet Secretary Karlo Nograles explained that despite the alarming case counts, the government will not raise the alert level to 4 because healthcare capacity metrics are still within Alert Level 3.

In deciding alert levels, the government looks at the two-week growth rate, the average daily attack rate, and the total bed utilization.

To merit Alert Level 4, Nograles said that total bed utilization needs to reach 71%, and the figure in Metro Manila is at around 60% as of January 13. Meanwhile, intensive care unit utilization is at 55%.

The government wants to avoid imposing Alert Level 4 by telling the public, hospitals, and medical facilities that hospital COVID-10 bed space be reserved for severe and critical cases, or persons with moderate symptoms but are part of vulnerable sectors of the population.

Others with asymptomatic or mild to moderate cases should instead stay at home or in isolation facilities.

The MMDA claimed in December 2021 that more than 100% of Metro Manila’s population have been fully vaccinated against COVID-19. But as the new surge struck the country, the Octa Research group of experts found that almost one in two tests performed in the capital region turned out positive. 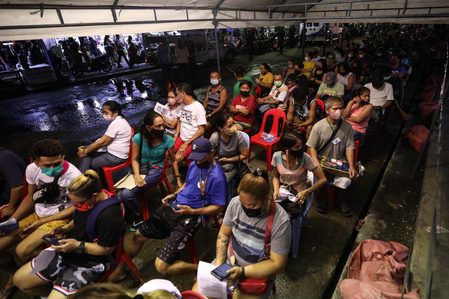 Infections related to Omicron have been reported as mild. – Rappler.com