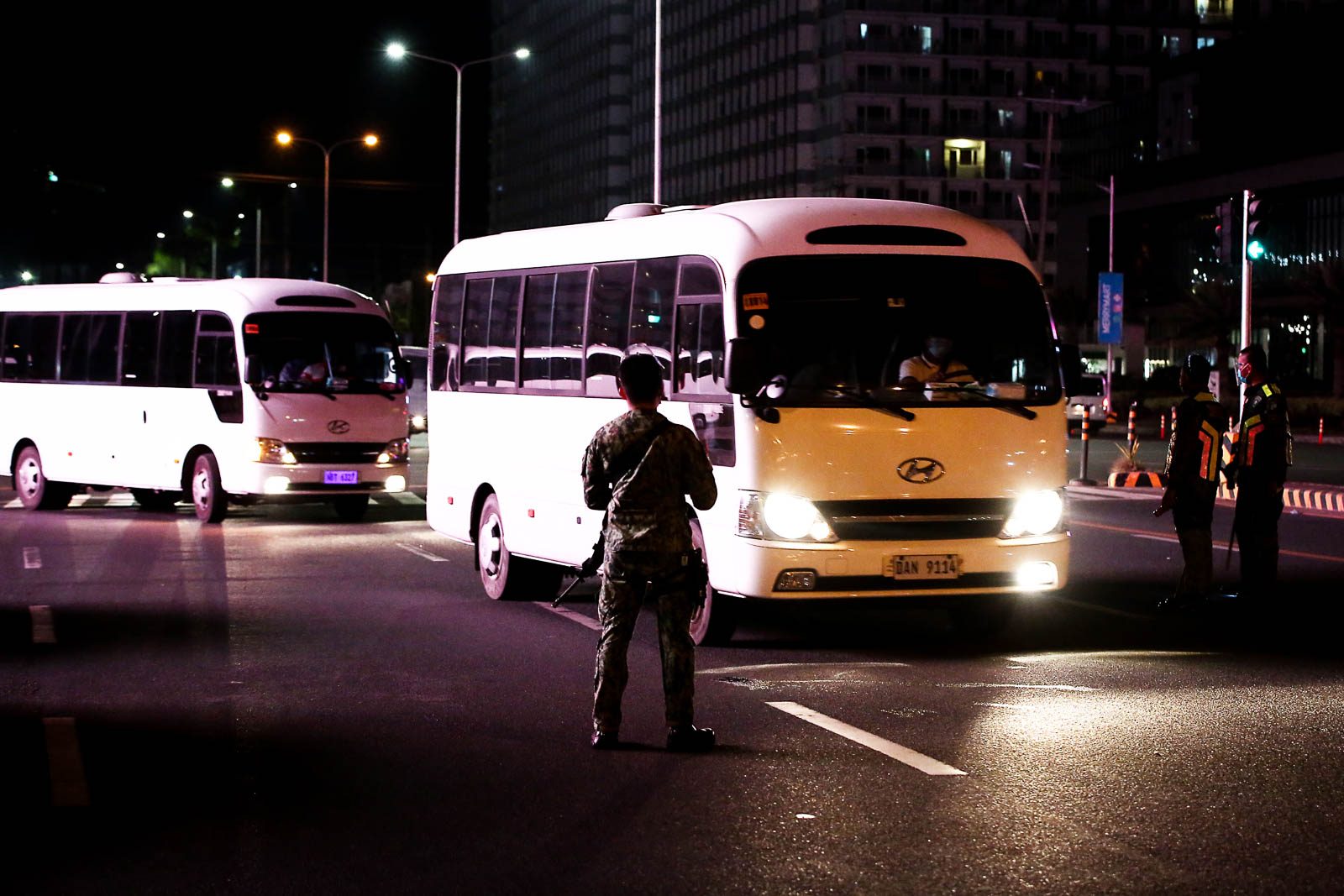 In a statement on Sunday, April 11, Metropolitan Manila Development Authority (MMDA) Chairperson Benhur Abalos said all mayors agreed to implement curfew hours from 8 pm to 5 am until April 30.

He added that authorized persons outside residence (APORs) are still exempted “provided that they show proof of identification or certificate of employment.”

The curfew hours were previously set from 6 pm to 5 am under enhanced community quarantine (ECQ).

The adjustment comes as the Duterte administration lifted the ECQ in Metro Manila, Bulacan, Rizal, Laguna, and Cavite two weeks after it was implemented.

Beginning April 12 until April 30, the “NCR Plus” bubble will be under MECQ.

The announcement was made a day after the Philippines logged its highest number of active cases yet, at 190,245. Saturday, April 10, also saw the second highest single-day tally of new cases with 12,674.