Marikina is among the cities in Metro Manila grappling with the unprecedented surge in COVID-19 infections, with active cases topping 3,000 as of March 30, based on data from the DOH. Data from the Marikina city government said active infections were around 2,300.

The new quarantine facilities are a building at the Pamantasan ng Lungsod ng Marikina, and the Marikina Convention Center.

Teodoro said that the delay in accreditation forced the city government to implement “reverse isolation,” as current quarantine sites in the city are already overwhelmed by suspected COVID-19 cases.

Under Marikina’s “reverse isolation” strategy, individuals who tested negative for COVID-19 are removed from their household and instructed to stay at evacuation centers until their family members recover from the illness.

Rappler reached out to the Department of Health for their response, but has yet to receive a reply as of posting time.

One year into the pandemic, Teodoro decried how Filipinos are facing the same problems as when the health crisis first began in March 2020.

Newsbreak Chats: What went wrong in the Philippines’ pandemic response? 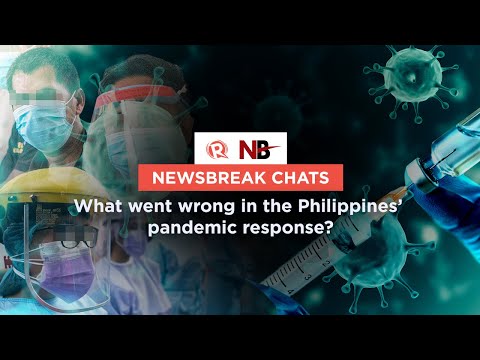 He stressed that the government should not leave a task half-done because the country is facing a public health emergency.

“I think [the problem] is systemic. We should be able to address it at the national, local level. Hindi puwedeng ningas cogon (We cannot leave a task half-done),” Teodoro said.

At the start of the pandemic, Teodoro was one of the local officials who did not hold back in criticizing DOH over its delays. In April 2020, he expressed frustration over the slow accreditation of a COVID-19 testing center in Marikina.

The Marikina Molecular Laboratory only received its license to operate on April 30, 2020, over a month after the city government and the DOH wrangled over numerous issues. – Rappler.com