Members of the police and the SOCO inspect the premises of insdie the Ateneo de Manila University in Quezon City where a shooting incident that killed three people happened before a graduation ceremony on JulY 24.

The suspect, Chao Tiao Yumol, is in the custody of the Quezon City Police Department and undergoing custodial investigation.

Furigay’s daughter, Hannah, was also wounded in the incident and was rushed to the Quirino Memorial Medical Center. Quezon City Police District director Brigadier General Remus Medina said she is in stable condition.

What we know so far: The shooting incident inside Ateneo 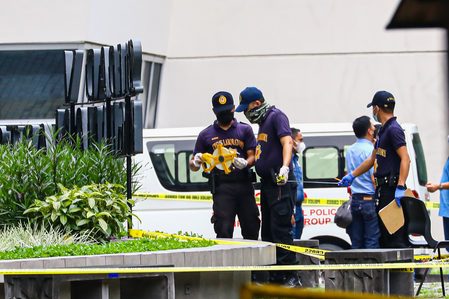