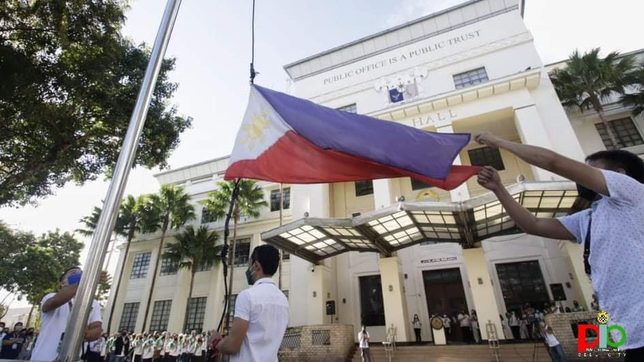 “When you have a resident ombudsman, definitely it’s a message that this administration will definitely take any matters seriously on any infraction [and] violation. And that (has) to be dealt with much seriousness,” Rama said in a press conference on Monday, November 29.

The mayor reminded residents that the appointment is not the first of its kind because there was a precedent during his previous mayoral term, saying, “That’s not new. We had that before.”

Rama, who was only recently sworn-in as mayor of Cebu City after the death of Edgar Labella, said Cabaral will function as the city’s internal watchdog and will work alongside the city legal officer on corruption or ethical matters.

“Corruption is not my cup of tea,” Rama told reporters.

According to a staff member of the mayor, Cabaral’s appointment was still being drafted and was expected to start work by Wednesday, December 1.

The city “ombudsman” is apart from the Ombudsman Central Visayas. It is also not a position that exists in other local government units.

Rappler also reached out to the Department of the Interior and Local Government (DILG) for comment on the appointment to ask about the unique designation of Cabaral, but Undersecretary Jonathan Malaya said he would need to see the appointment letter first before they could make any statement.

This appointment follows the arrest of a city hall employee by the National Bureau of Investigation (NBI) in Central Visayas for alleged extortion of vendors at the Carbon Public Market. Rama revealed that Cabaral will be tasked to investigate if the extortion racket is part of a larger scheme.

“It might be the tip of the iceberg. It’s a lot of work,” Rama said.

Cabaral is an old friend of Rama and served as the Barangay Captain of Duljo Fatima from 1983 to 1987.

He was with the National Police Commission’s Central Visayas office from 1990 until his retirement in 2019.

Cabaral obtained his Masters degree in National Security Administration from the National Defense College of the Philippines and he is a reserved Air Force Lieutenant Colonel. – Rappler.com