Full military honors for Army general who died of COVID-19 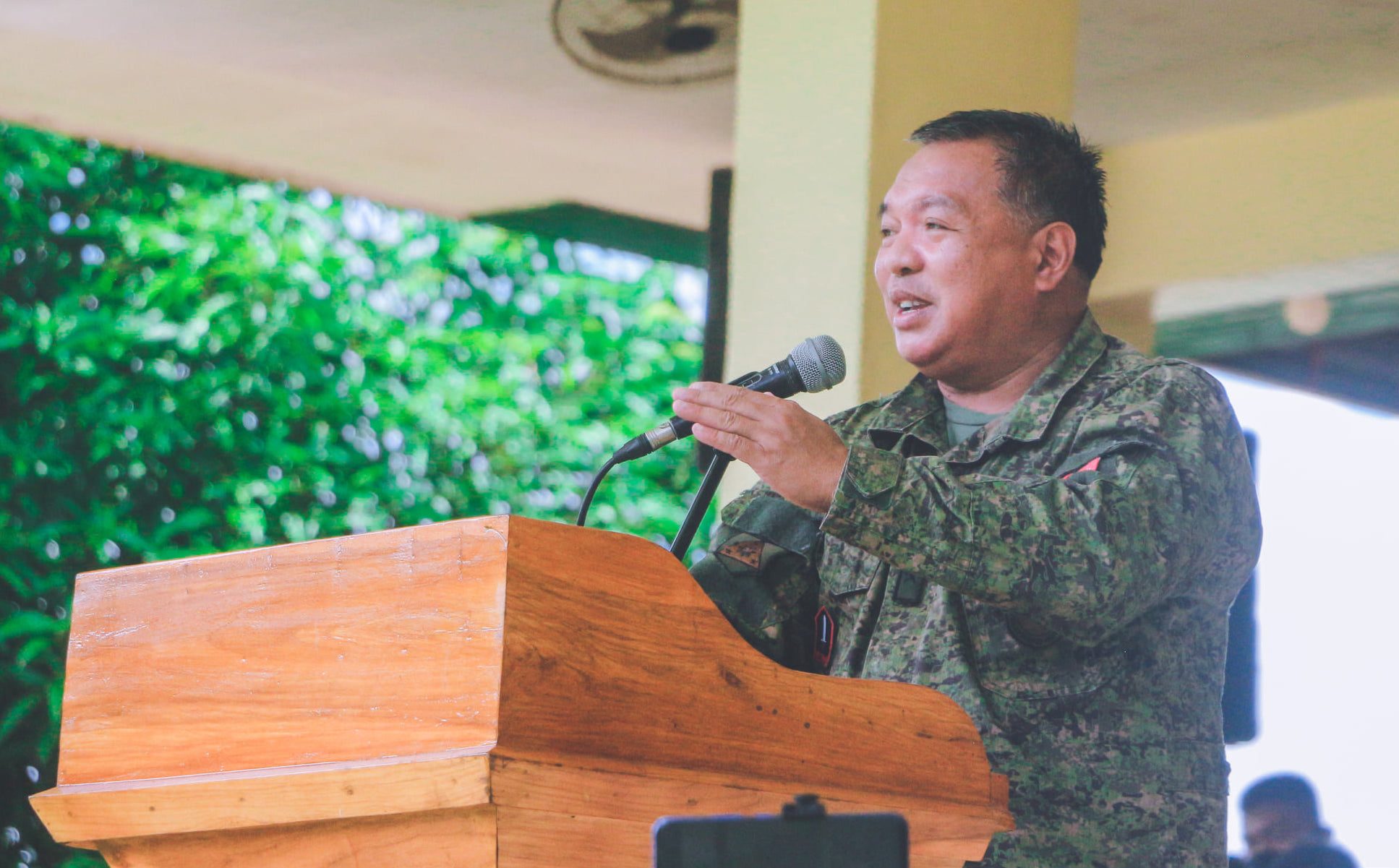 Gaerlan’s wife, his son, and two daughters were present during the rites for Gaerlan, who died of COVID-19 early Monday, September 6.

Division commander Major General Generoso Ponio, who is also the acting chief of the Western Mindanao Command (Westmincom), sent his condolences to the family, saying that Gaerlan’s death was a big loss for the military.

The 55-year-old La Union native was rushed to the hospital on September 2 after he tested positive for the virus through a rapid antigen test. The confirmatory test a day later showed a positive result.

Gaerlan, a member of the 1989 “Makatao Class” of the Philippine Military Academy (PMA), served as commander of the Army’s 102nd Infantry Brigade based in Ipil, Zamboanga Sibugay, before he became the assistant commander of the 1st ID on August 19, 2019.

The hospital where Gaerlan died had full COVID-19 wards and people waiting for admission in tents.

Zamboanga del Sur has been experiencing an uptick of COVID-19 cases in recent weeks. It counted 8,168 COVID-19 cases as of September 4, and 1,806 of these cases were active.

“We are facing a problem with oxygen supply,” Dr. Cagampang said.

Each patient with severe symptoms needs 15 tanks of oxygen a day, he said. The hospital has 162 COVID-19 patients as of Tuesday, September 7.

The hospital has already increased its bed capacity from 50 beds to 100. But the number of COVID-19 patients has continued to increase, forcing the hospital to run beyond its capacity, Cagampang said.

“The health care system of the province has reached its critical stage. We are running out of oxygen supply and our health care workers are nearly exhausted,” Cagampang said.

He said 63 health care workers in the province have tested positive for COVID-19.

Cagampang also said the hospital has already used its parking space to set up 20 emergency tents for sick people waiting to be admitted.

Cagampang said it was not enough as under the GCQ, many people still go out risking more infections, he said. – Rappler.com