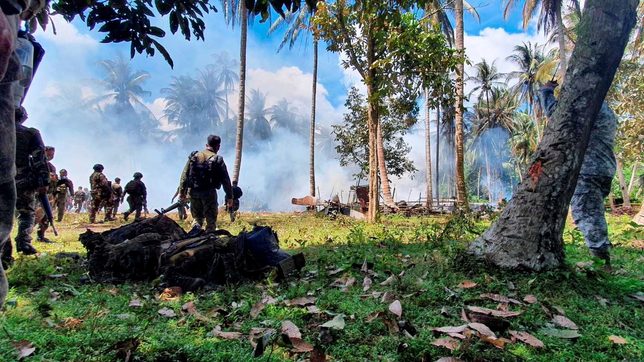 The Armed Forces of the Philippines (AFP) announced Friday, August 20, that it had already identified all 50 bodies of military personnel who died in the tragic C-130 plane crash in Sulu over a month ago.

The AFP said they had finished the identification with the help of the Philippine National Police’s Scene of the Crime Operatives.

On July 4, the C-130 Hercules plane crashed in Patikul town in Sulu, killing at least 53 people, including 50 military personnel.

On Friday, the military finished the identification of the last 10 bodies, namely:

Their remains were already transported back to their families in their respective hometowns, according to the military.

Here’s a list of of all 50 military men who died in the crash:

The AFP once again condoled with the families of the victims.

“The memories of our brave comrades who paid the ultimate sacrifice will live on not only in their families but throughout the military organization who continues to risk everything to achieve just and lasting peace for our nation,” the military said on Friday.

Earlier in August, newly appointed AFP chief Lieutenant General Jose Faustino Jr. said that the Philippine Air Force would release the result of the investigation soon but did not give a specific date. There have been more than 10 aircraft tragedies in the military in the last 10 years, with the C-130 Sulu crash considered the worst. (READ: LIST: Military aircraft accidents in the past 10 years). – Rappler.com