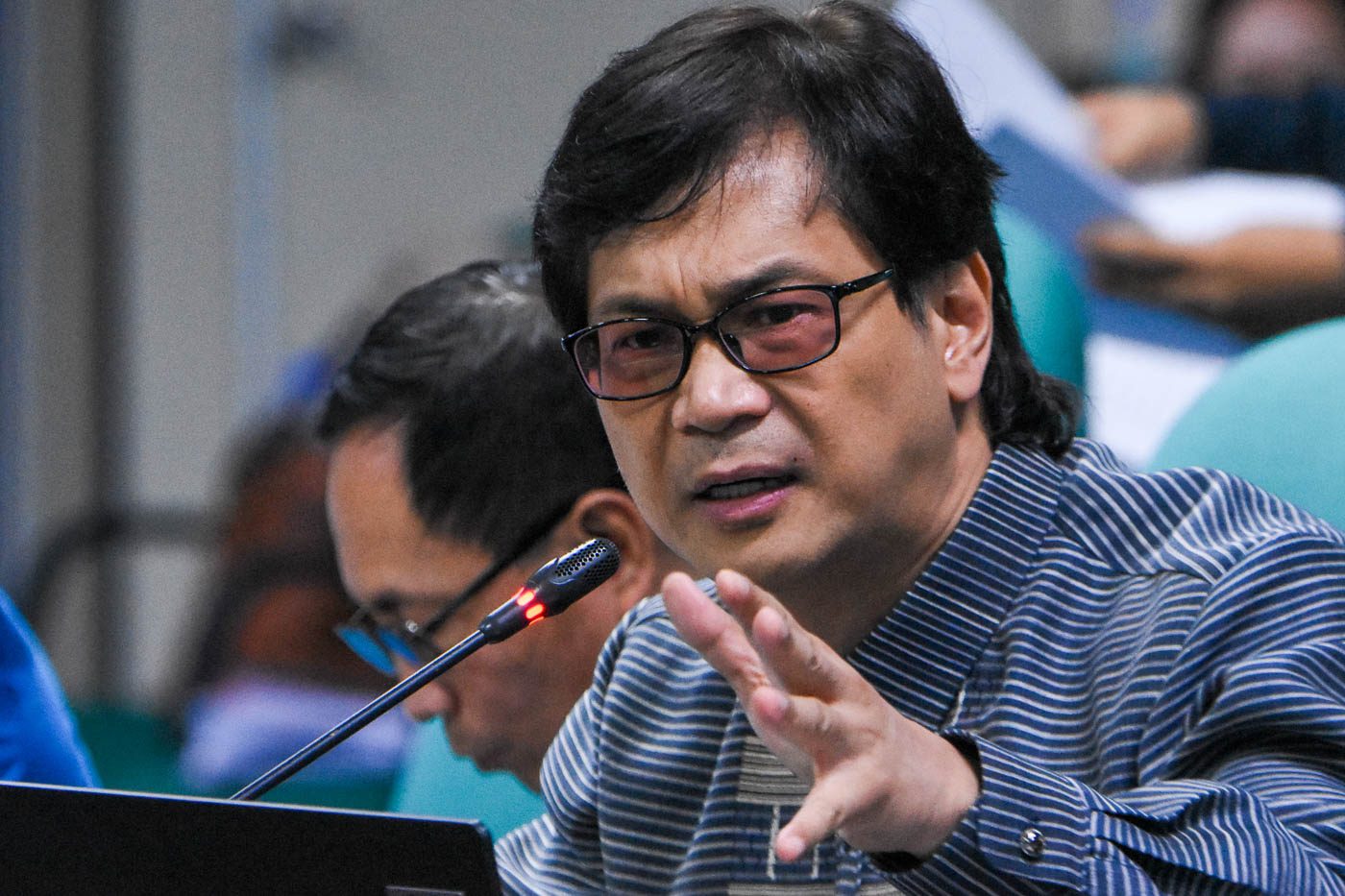 Secretary Benhur Abalos attends the senate budget hearing of the Department of Interior and Local Government and its attached agencies for the fiscal year 2023 on October 7, 2022. Angie de Silva/Rappler

Facebook Twitter Copy URL
Copied
Some of the PNP officials who did not heed his call are due for retirement, says Interior Secretary Benhur Abalos

COTABATO CITY, Philippines – Of the over 900 generals and colonels in the Philippine National Police, only 10 did not heed the call of Interior Secretary Benhur Abalos to submit their courtesy resignation to jumpstart the cleansing process in the PNP.

Abalos said in Cotabato City on Monday, January 23, that 10 of the PNP’s highest-ranking officials have not tendered their courtesy resignations.

“Some are retiring,” said Abalos, who visited the city for the 4th founding anniversary celebration of the Bangsamoro Autonomous Region in Muslim Mindanao (BARMM).

He did not elaborate but said that he was thankful that the majority of the PNP generals and colonels cooperated to make it easier for the Marcos administration to purge the police organization.

In early January, Abalos called on police generals and colonels to submit their courtesy resignation as part of efforts to purge the PNP of erring cops, especially those with drug links.

In the BARMM alone, two generals, including PNP regional director Brigadier General John Guyguyon, and 13 colonels tendered their courtesy resignation days after Abalos made the call.

He said two generals and five colonels who have not submitted their resignation letters would retire before the 2nd quarter.

The PNP said all those who volunteered to resign would be assessed by a five-person committee led by Baguio Mayor Benjamin Magalong, a retired police general.

The committee’s recommendations would then be reviewed by the National Police Commission (Napolcom), and submitted to President Marcos Jr. who may accept or reject the resignations.

In Cotabato, Abalos called on Bangsamoro officials to help the Marcos administration crack down on illegal drugs and to ensure that prison facilities in the region are drug-free.

“You must give them a drug-free environment. It’s about correction. It’s about rehabilitation. If drugs are sneaked into these facilities, then our campaign is useless,” he said.

Abalos also ordered the BARMM police to carry out the anti-drug campaign and expand its coverage to 63 villages in Cotabato province that are now part of the Bangsamoro’s political territory.

While Cotabato province is part of Soccsksargen, 63 of its villages voted to become BARMM’s special geographic areas, a setup that has resulted in confusion and overlapping of functions between the PNP-Soccksargen and PNP-BARMM.

Abalos said it was already agreed that the 63 special geographic areas in Cotabato province would be the responsibility of PNP-BARMM. – Rappler.com