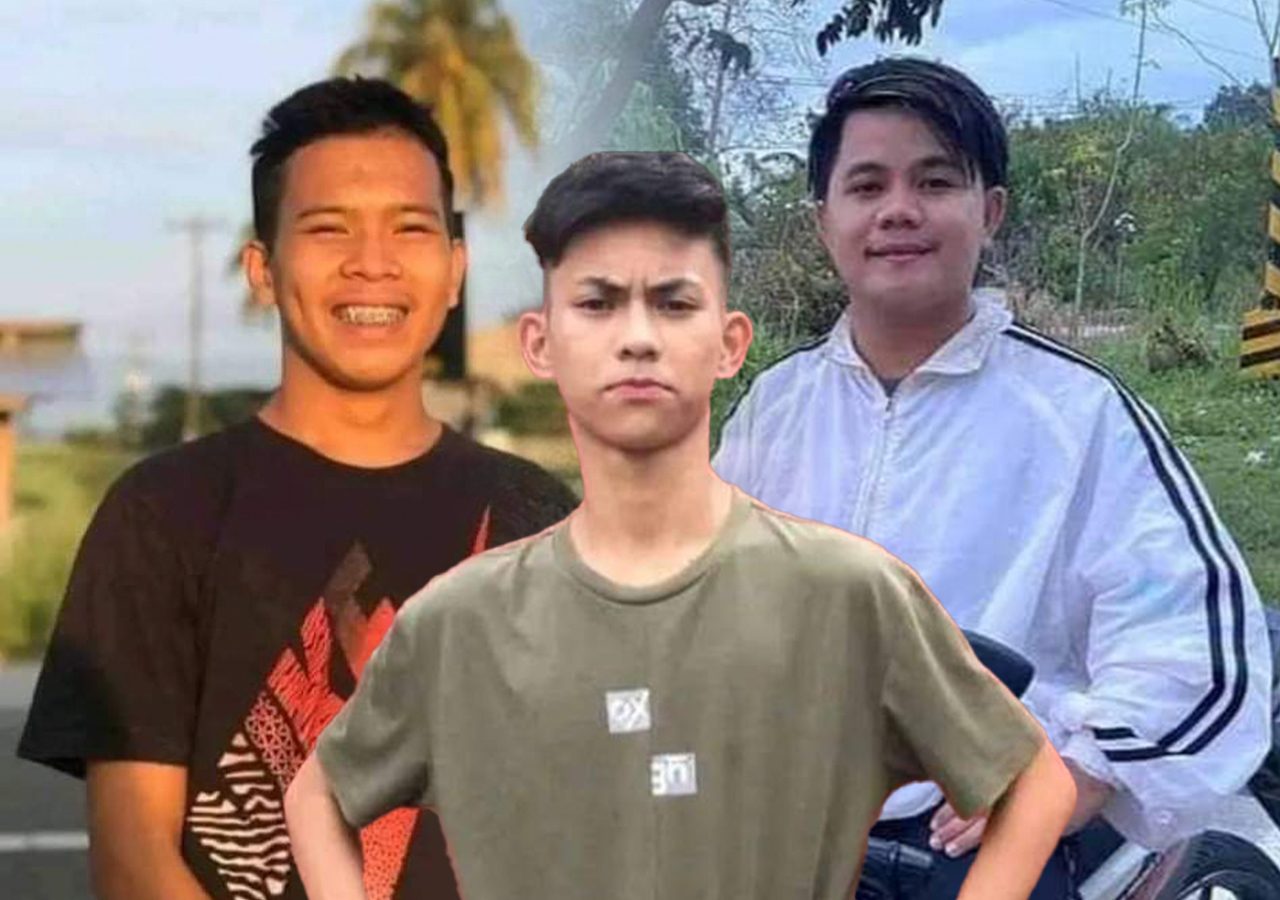 SHOOTOUT? Profile photos of Horton Ansa Jr., Arshad Ansa, and Samanudin Ali, young men killed during what the police say was a shootout in Sultan Kudarat province on December 2. The fatalities' families and friends are not buying the police's narrative.

Facebook Twitter Copy URL
Copied
'We are building a tight case. We are in the process of gathering more evidence against the perpetrators,' says the lead lawyer of the families of the three young men

COTABATO CITY, Philippines – The bodies of three young men killed in an alleged shootout with the police in Sultan Kudarat on December 2 showed signs that they were manhandled and tortured, the lawyer representing the families of the men claimed.

Lawyer Ronald Torres, the lead legal counsel of the families of the three young men, said this as the National Bureau of Investigation (NBI) autopsied the bodies.

Torres said the families of Samanudin Ali, Horton Ansa Jr., and Arsad Ansac consented to the exhumation and autopsy “in the interest of justice.”

The lawyer said the families also showed photographs of the bodies that bore contusions and other alleged signs of physical abuse, suggesting that they were hurt before they were shot dead.

In a video posted on Facebook, Sahabudin Ali questioned the police’s narrative that his brother Samanudin and his friends were killed in a shootout in Lambayong town, Sultan Kudarat.

Sahabudin said his brother had gunshot wounds in both wrists, suggesting that he was raising his hands when he was shot several times.

“Ibig sabihin, nagmamakaawa ang kapatid ko (It means my brother was begging for mercy),” said Sahabudin as he cried.

Torres said he and the families were waiting for the autopsy and forensic reports which they expected the NBI to release in a week or two.

“The NBI reports will be of great help in finding justice for the slain teens,” he said.

The autopsies were conducted as Senator Robinhood Padilla called for a Senate inquiry into the December 2 killings. His resolution got the support of senators Ronald Dela Rosa, Raffy Tulfo, and Risa Hontiveros.

Torres met with the families of the slain men on Tuesday, December 13, as they started preparing a case against the cops involved in the alleged shootout.

“We are building a tight case. We are in the process of gathering more evidence against the perpetrators,” Torres said.

The father and namesake of one of the killed young men, Patrolman Horton Ansa Sr. of the Shariff Saydona Mustapha town police in Maguindanao del Sur, earlier criticized his Sultan Kudarat counterparts as he rejected their shootout account.

Ansa also rejected claims that his 20-year-old son Horton Jr. and his friends had shabu (meth) and were armed.

“We are policemen, and we have to protect civilians from harm, and not kill them. In this case, they wasted young souls who had dreams,” Ansa said in an earlier interview.

Lambayong police chief Major Jenahmeel Toñacao claimed that his men exchanged gunfire with Horton Jr., Arshad Ansa, and Ali after they allegedly ignored a checkpoint in Purok 4 in the village of Didtaras, Lambayong town.

Toñacao alleged that the police chased the young men who subsequently engaged authorities in a gunbattle, an account Torres and the families rejected. – Rappler.com